Begin Your Journey in Ranked Seasons

Hello, everyone! We’re excited to announce that today’s the day – invites to the 1v1 Ranked Seasons Preview are rolling out now! Whether you’re participating in the preview or not, we expect you’ll be hearing a fair bit about 1v1 Ranked Seasons, along with some other sneak peeks of features upcoming in the Spring Update that are also present in this preview build. With that in mind, we’re diving into some Ranked Seasons details in today’s blog post!

For those who are seeking the next challenge in Age of Empires IV – look no further:  1v1 Ranked Seasons will pit you against the worthiest opponents so players across all skill levels can find quality games and fight to earn exclusive in-game rewards like Monuments, Player Profile Portraits, and Coat of Arms items. Following its release, the first Ranked Season will span 12 weeks – so there will be plenty of time to jump in and test your mettle!

If you’re participating in the preview currently, you may have noticed the Ranked tab under the Multiplayer menu. This will be your one-stop-shop for all things Ranked once the feature releases. Here you will queue for games, view your progress, and check out the exclusive rewards for each rank division.

When you begin playing in a new Season, you will need to complete a series of placement battles – in the current preview, we’re requiring five placement matches. Upon completion of your fifth placement battle, you will be granted a rank. Your rank is visible on your profile as well as in loading screens and game lobbies. Of course, this is just a starting point and you can climb to higher ranks – and higher rewards! – by continuing to queue up for Ranked games. Winning Ranked games will earn you Rank Points, and by the same token, losing games will result in losing Rank Points. Try your hardest to secure a Conquest, Sacred, or Wonder victory to ascend the ranks!

During and after your placement battles, you’ll be able to  view the Rank List to see the Rank divisions, tiers, and their associated rewards. Each division and tier (for instance: Silver II) has a Rank Point requirement, which can be viewed in the Rank List. As well, the Ranked tab will display your current Rank Points versus how many you must earn before ascending to the next rank.

Rank divisions will be broken up into three tiers. You can see the full list – in descending order – below:

Once you’ve earned a rank, your division and tier is dictated by your Rank Points. Defeat opponents to earn Rank Points – sounds pretty easy on paper, right?

Finishing a Season in a specific division (e.g. Silver) will grant you that division’s exclusive rewards once the Season concludes. Rewards come in the form of Monuments to adorn your Town Center as well as portraits and Coat of Arms pieces for you to customize your player profile.

For those of you who are playing in the 1v1 Ranked Seasons Closed Preview running today through February 4th: first of all, thank you for your participation! Seasons are a huge endeavor, and we know that this queue will continue to grow as players let us know what they’d like to see in future Seasons.

We also know that Ranked Seasons are impacted by other systems – such as matchmaking, lobby flow, and communication tools. When giving your thoughts on Ranked Seasons, we welcome additional feedback on adjacent systems that may impact your experience with the Ranked queue.

So what kind of feedback are we looking for and where can you provide it? You can find some jumping off points provided by the dev team below. Please feel free to give your feedback in the preview forums in your invitation email or in our player survey when it’s sent to you next week. 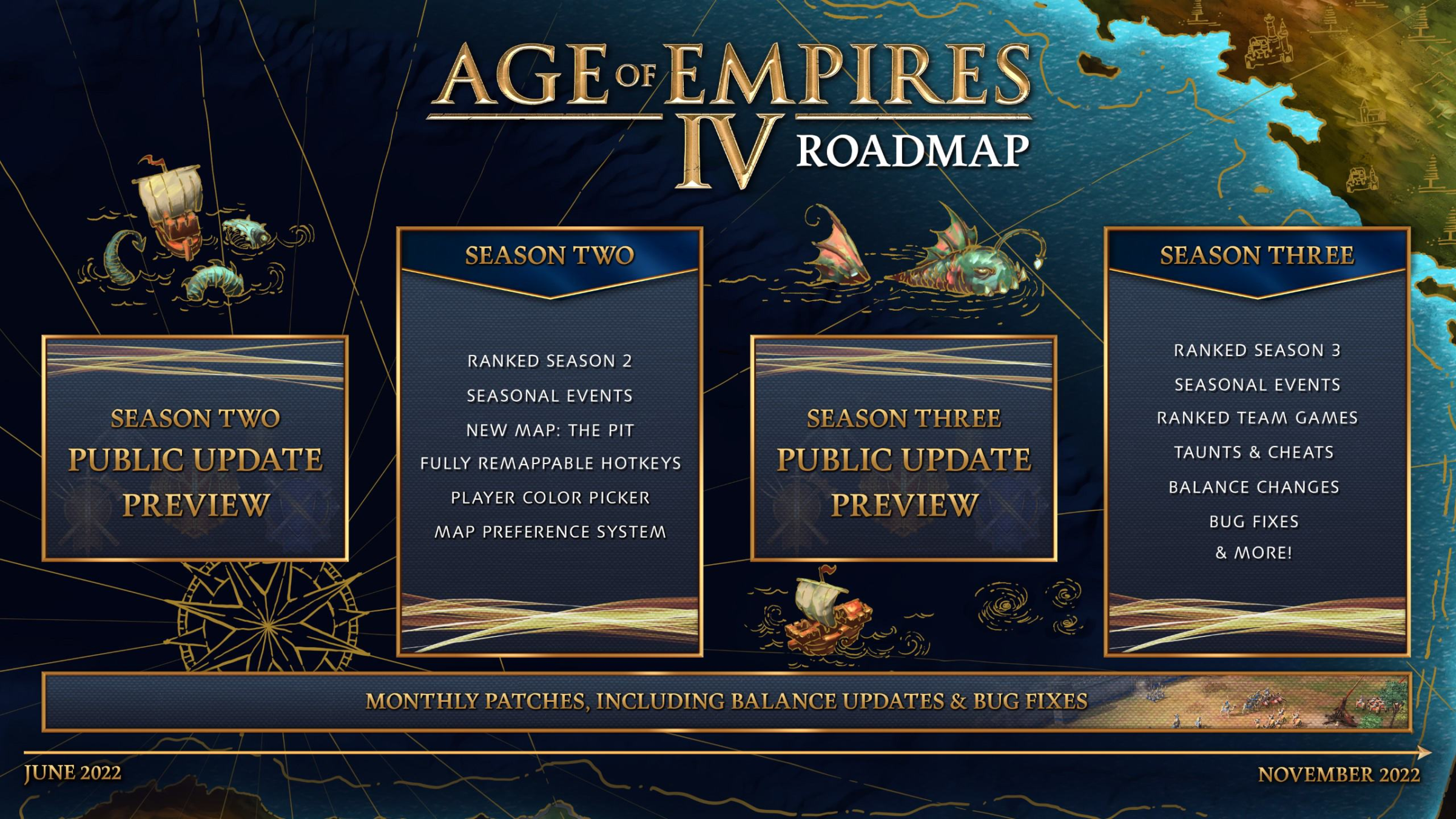 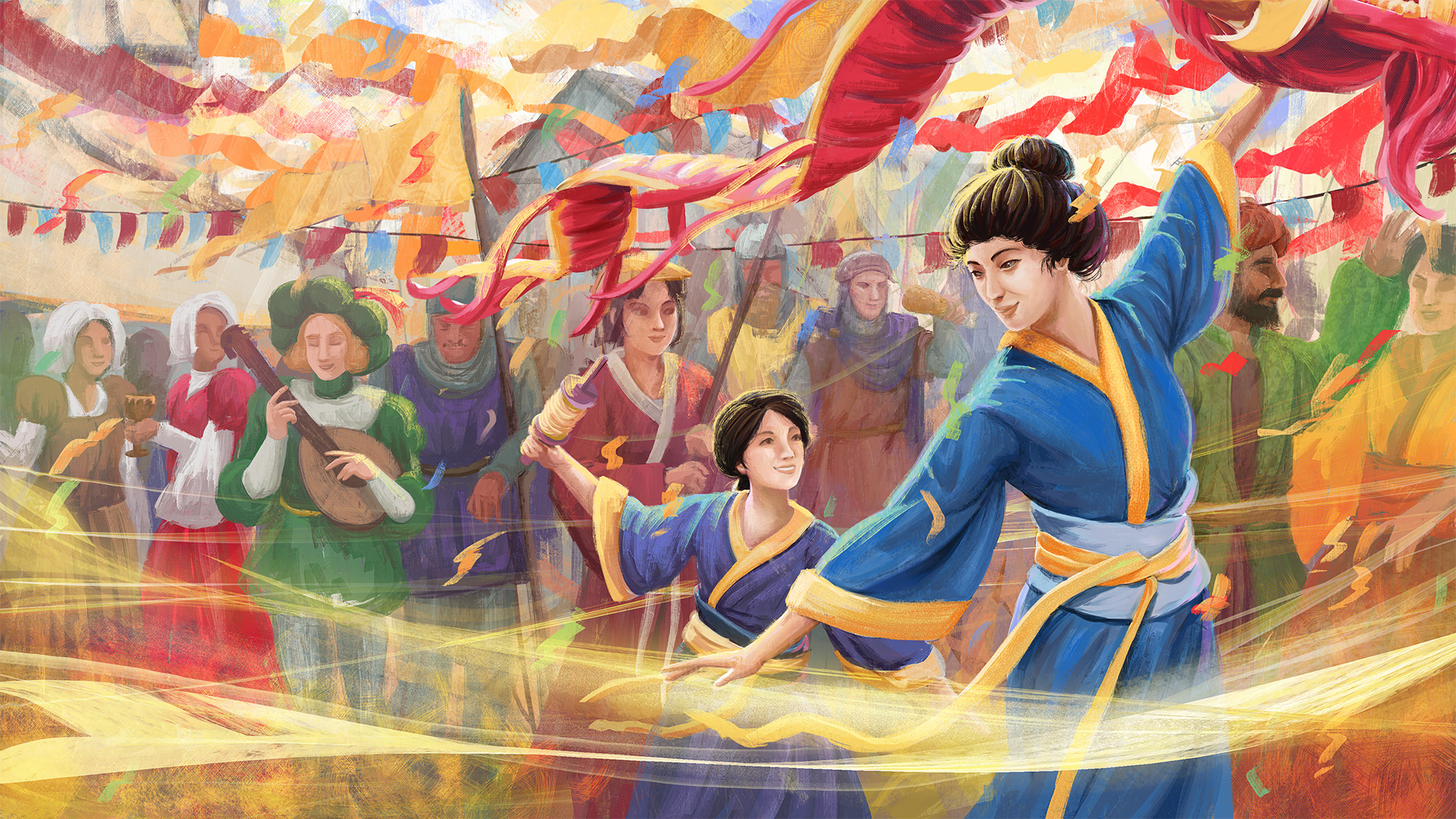