A Wrap-up of the Red Bull Wololo Tournament!

This month’s Red Bull Wololo tournament made for some truly amazing Age of Empires II action; now, after two weeks of qualifiers and a four-day main event, a champion has been crowned in an undeniably decisive victory!

The Red Bull Wololo was played using a modified version of ‘Empire Wars’: a game mode unique to Age of Empires II: Definitive Edition which—until now—had not been used in a large-scale tournament setting. Players skip the Dark Age entirely and begin each match in the Feudal Age: with 27 Villagers already collecting resources, several resource drop points, a Barracks and a Blacksmith. Loom is also unlocked automatically to account for the Feudal Age start, and the standard Scout is replaced by two Horses.

Each game in the Red Bull Wololo was also set to a 700-year time limit—or roughly one hour of game time.

The mode was selected by Red Bull and tournament host Nili_AoE due to the instant action and fast paced gameplay, creating a more engaging viewer experience.

Two 256-player qualification brackets were played over the two weeks leading up to the main event. The top four players from each qualifier earned themselves a place in the $20,000 tournament, as well as several veterans who received an invitation directly:

With the brackets set, these talented individuals prepared themselves as the Redbull Wololo finals commenced! April 30th marked the first of a four day spectacle with intense battles and fantastic, quick-paced plays! 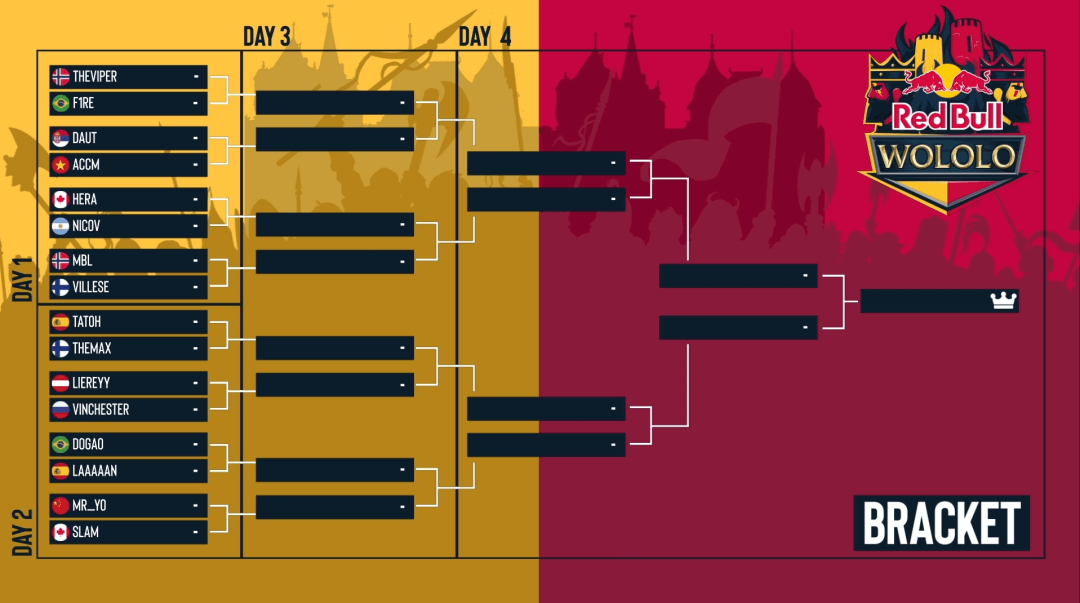 If you missed any of the Red Bull Wololo and want to watch spoiler free, you can watch the entire event over on the Red Bull Esports YouTube channel or in the videos below!

The road from the round of 16 to crowning a grand champion had plenty of surprises in store. If you don’t care about spoilers, you can catch up with the full story by expanding the spoiler, below.

ACCM once again demonstrated his aptitude and skill by pushing DauT to play all five games, though DauT emerged victorious in Game 5. LaaaaaN also secured his spot in the round of 8 by knocking out dogao with a 3-1 victory. 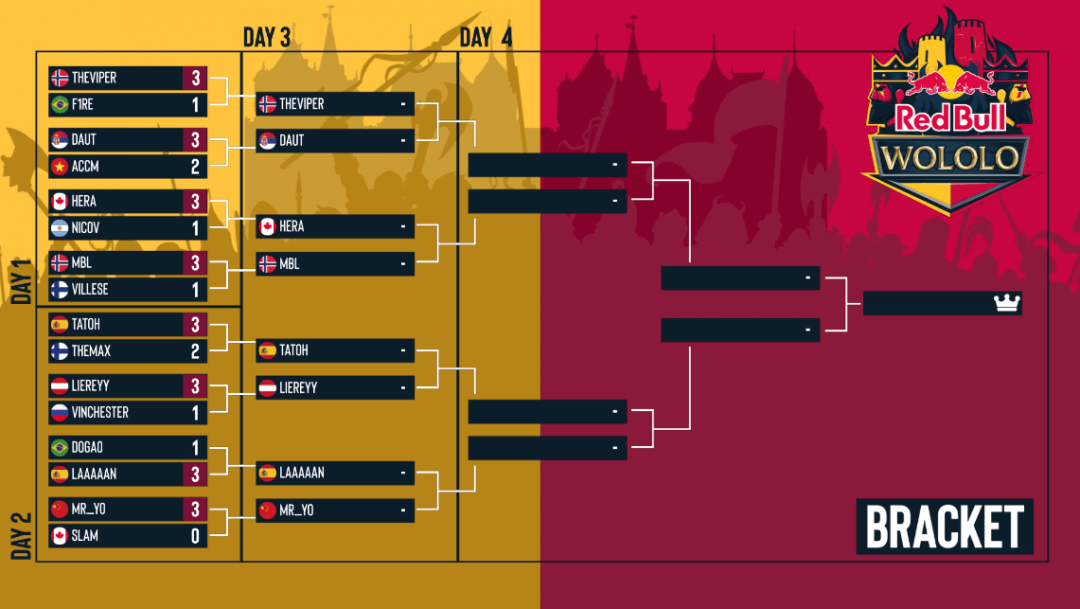 Hera would beat MbL in the round of eight with a decisive 3-0 victory—an unexpected result between two top players who were expected to deliver grueling back-and-forth fights! 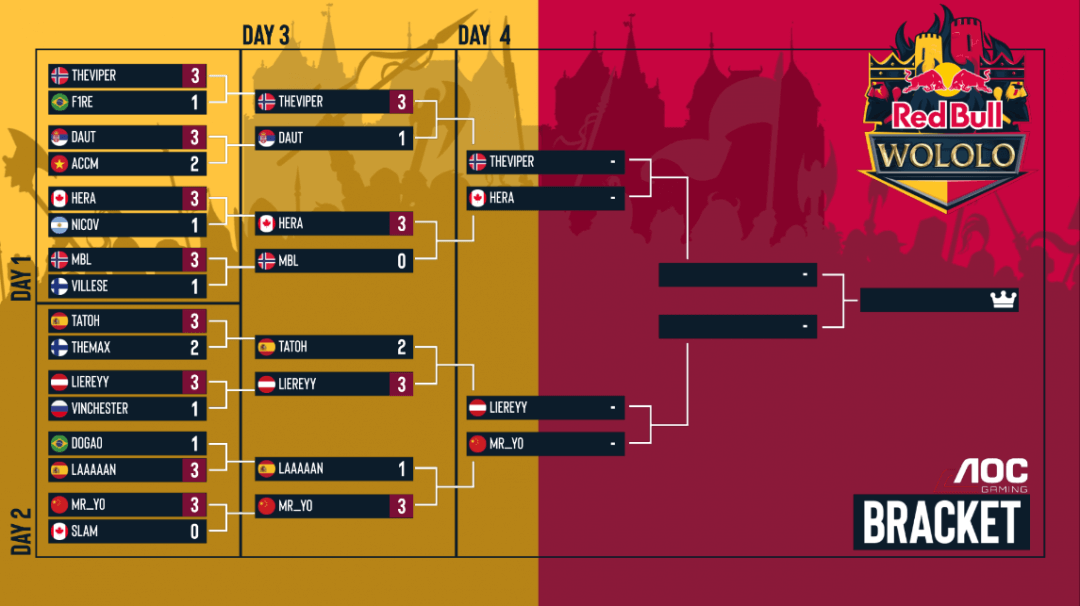 The Road to the Grand Finals

The semifinals were action packed and almost too tough to call throughout. After some of the best games of Age of Empires ever seen, the grand final came down to two veterans: Mr_Yo and TheViper. No one could anticipate the result: as Mr_Yo defeated TheViper 4-0—absolutely dominating in an incredible final series of the Red Bull Wololo.

Our congratulations go out to Mr_Yo, who has been crowned the Red Bull Wololo champion!

We would like to send a special thanks out to everyone who made this event possible! Thanks to Red Bull for sponsoring the tournament, to the amazing community hosts who shoutcasted or rebroadcasted the tournament all around the world, and to everyone who tuned in, cheered for their favorite players, and helped make this tournament a huge success!