The Age of Empires team is pleased to introduce our new Tournaments Producer for the entire Age franchise! Known to many as “Robo,” Robert has long been a pillar of the community: dedicating countless hours to the biggest and best events in Age of Empires. If you’ve watched a major tournament in recent years, you’ve likely seen the result of his tireless efforts and dedication to making as amazing as possible!

Robo has written a small introduction for you to get to know him—if you haven’t had the pleasure already—so please join us in extending a warm welcome as he joins the Age of Empires team! 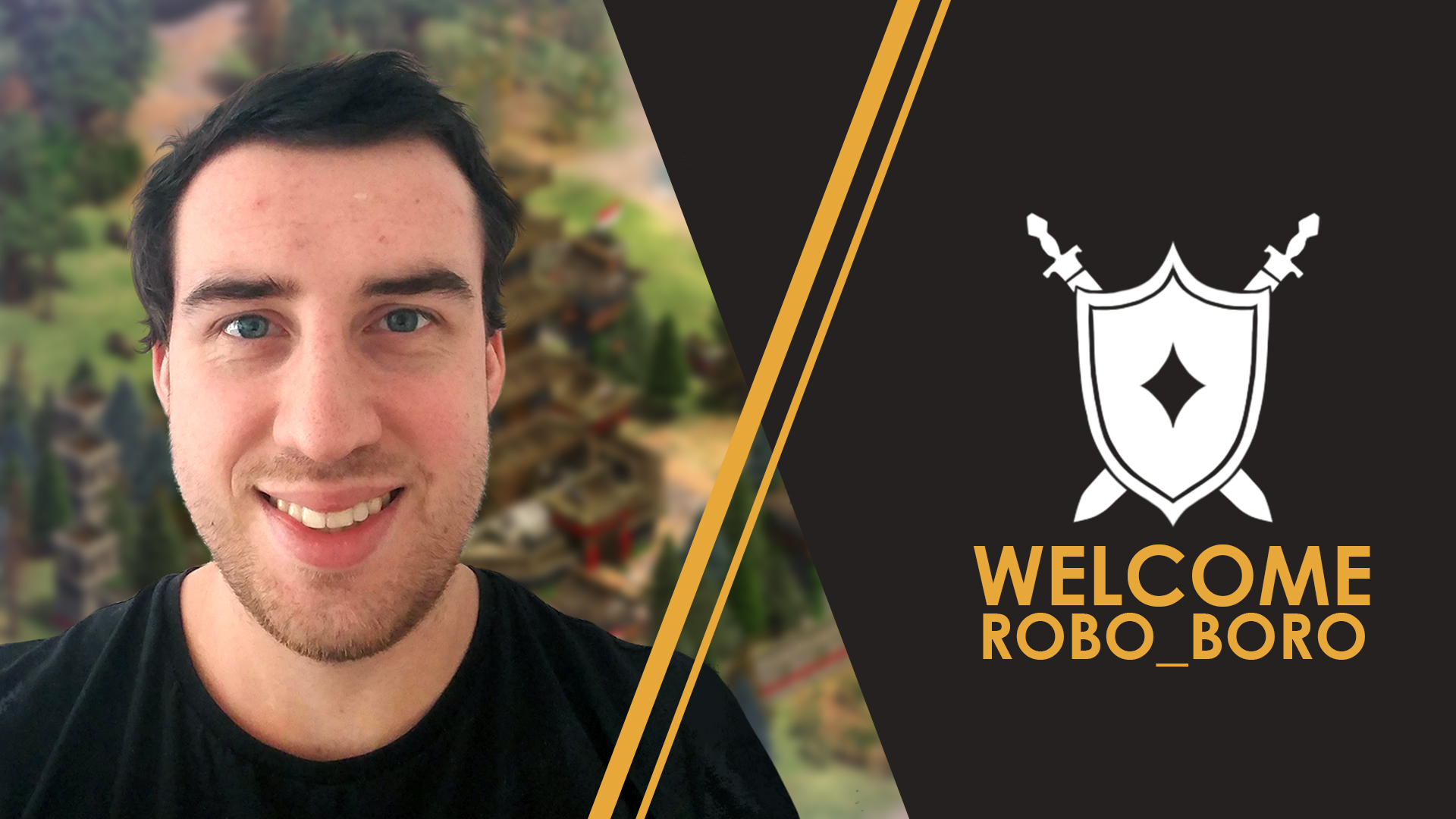 G’day! I’m robo_boro or robo, otherwise known as “Robert” out in the real world. You may have heard my name mentioned before in Twitch streams or on various Age of Empires forums and Discords as being the admin of this tournament, the organizer of that event, and so on. I have been a part of the Age of Empires II community since 2013, when I rekindled my love for the game with the release of the HD edition.

I quickly realized that I wanted to be involved with the amazing community that had formed around the game. Unfortunately, living in Australia meant I had a pretty atrocious internet connection, so streaming wasn’t really an option. However, after a brief entry into the world of YouTube, I started organizing tournaments—first for my clan and close friends, then expanding over time until I was working with some of the biggest personalities and largest events!

I was fortunate enough to work with ZeroEmpires and Escape Gaming, organizing many tournaments and even moving halfway across the world to produce Age of Empires content and manage the Escape Champions League. At the time, I was also introduced to Age of Empires III and met some of the amazing people from that community at their first LAN event in a decade.

Now, I have the incredible privilege of joining the Age of Empires team to help make the esports scene prosper while also giving the community all kinds of awesome tournaments to look forward to in the years to come!

I am honored to have met so many awesome people, become the best of friends, traveled the world to attend events, and meet up with people who you would normally only interact with with lines of texts and many repeated “11’s.” I can honestly say that Age of Empires has changed my life, and I have no idea where I would be or what I would be doing if it wasn’t for this fantastic franchise and the people who support it!