Come dive into to another exciting release for Age of Empires II: Definitive Edition!

This is a small update, but we’ve got some nice bug and pathfinding fixes!

As always, we are continuing to track issues reported by the community for future updates. Here is a brief update from our Production team regarding some of what is still in the works.

Known issue that prevent players from subscribing to Mods

The Production team is aware about that issue and trying to fix it, but in the meantime, please find a workaround below: 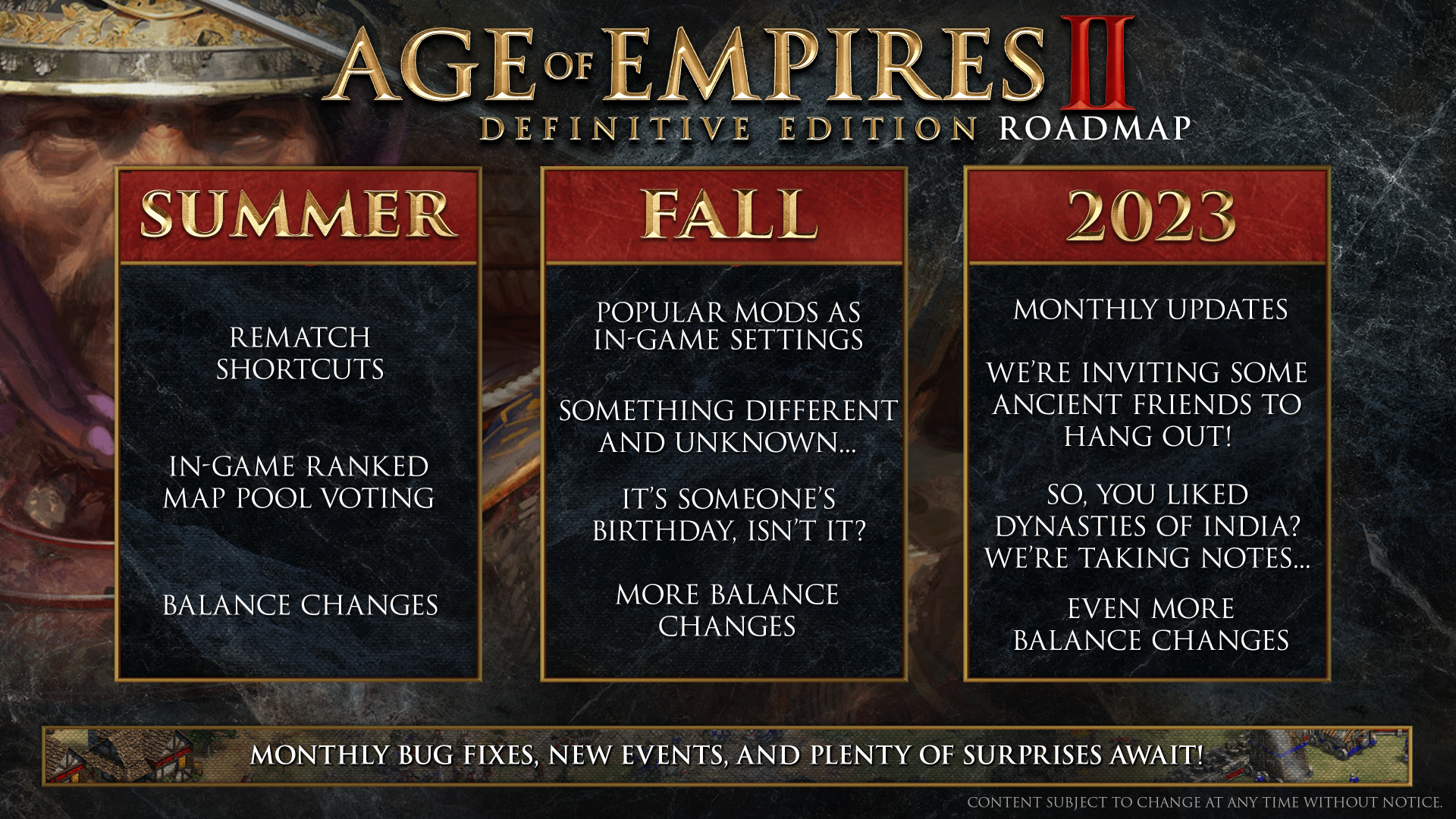 Today’s hotfix fixes a bug to Regicide game mode, where the player was unable to Garrison their King in buildings. This bug has been fixed and Kings can now garrison in buildings again as expected.