Welcome to an exciting Season Two starting tomorrow, July 12th! We’re kicking off with an update full of new key features, quality of life improvements, more customization options, and even more say in how you play – you won’t want to miss out! No matter how you choose to play Age IV, be it single player, campaign, or ranked, we’ve got you covered. Here are a few highlights that you can look forward to in tomorrow’s update!

The wait is almost over for Ranked Season Two! You can jump into all the fun on July 14th! More information will be on its way then – so stay tuned! 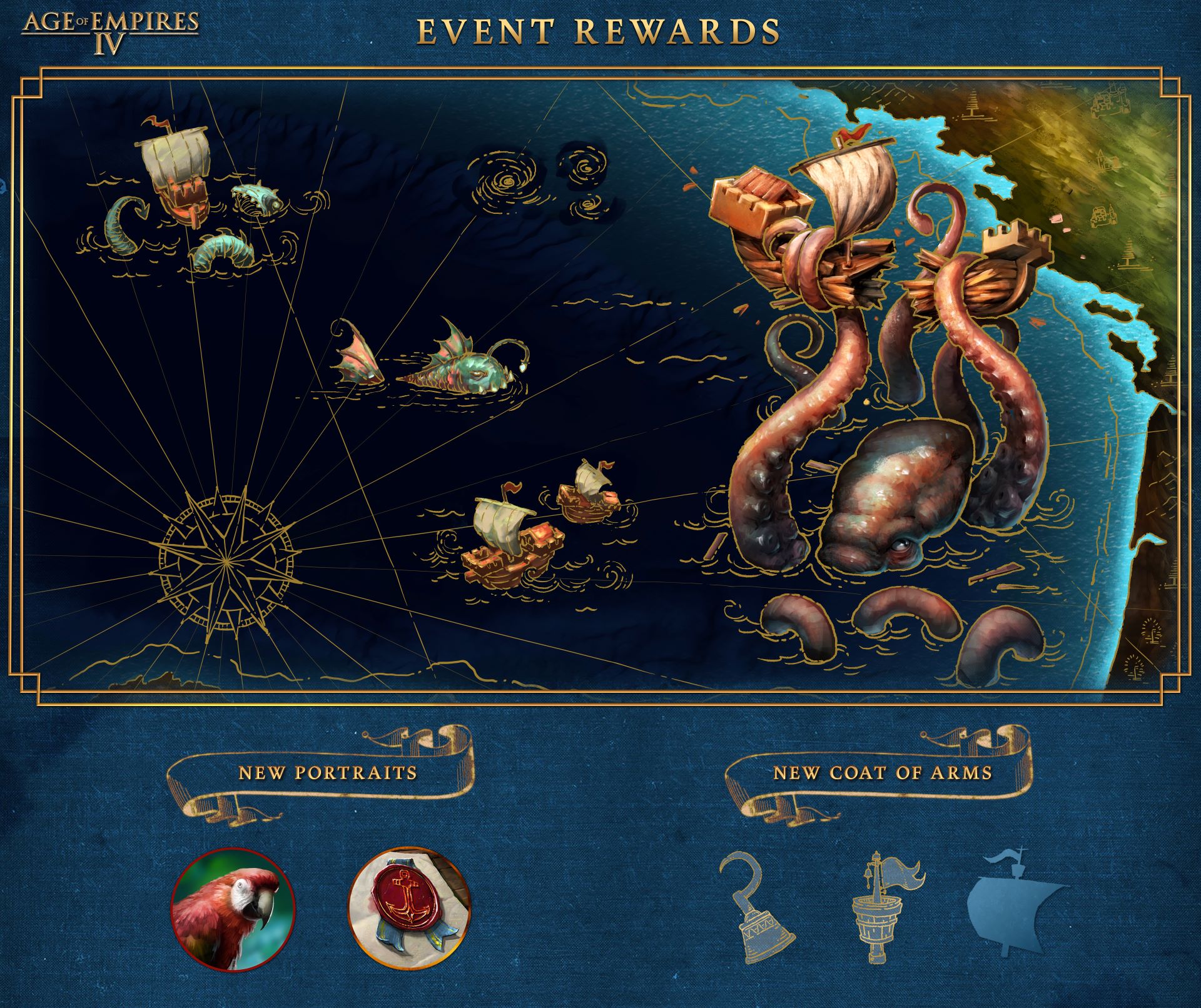 Starting TOMORROW, July 12, is the first event of Season Two, so set your sights atop the crow’s nest for the Age of Discovery Event and complete the in-game tasks within the time limit to unlock exclusive rewards!

For some time, we have heard community requests for a way to give you a say over the maps they play in Quick Match and Ranked multiplayer matches. With this update, we are adding our first version of a Map Preference system that will give you influence over the maps that you will encounter in ladder play.

Each queue (Quick Match and Ranked) will provide you with a set of Downvotes that they can apply to maps that appear in the respective queues. In Quick Match, you will have up to 5 downvotes you can choose to apply, while in Ranked, you will have up to 3. Your downvote choices can be made in the search preference screen before you start your match search.

The map that ends up being chosen for the match will be selected from the subset of maps that receives the lowest collective number of downvotes amongst players in the match. Due to how many votes can be present in larger Team Games (up to 40 votes in a 4v4!), you may sometimes still load into a map that you individually downvoted, since that map could be tied for lowest number of overall downvotes in the lobby.

For example, in 1v1 Quick Match, if Player 1 decides they do not want to play any choke point maps during their play session, they can downvote maps like Black Forest, Mountain Pass, Confluence, Mongolian Heights and French Pass to be left with a selection of more open or hybrid maps. 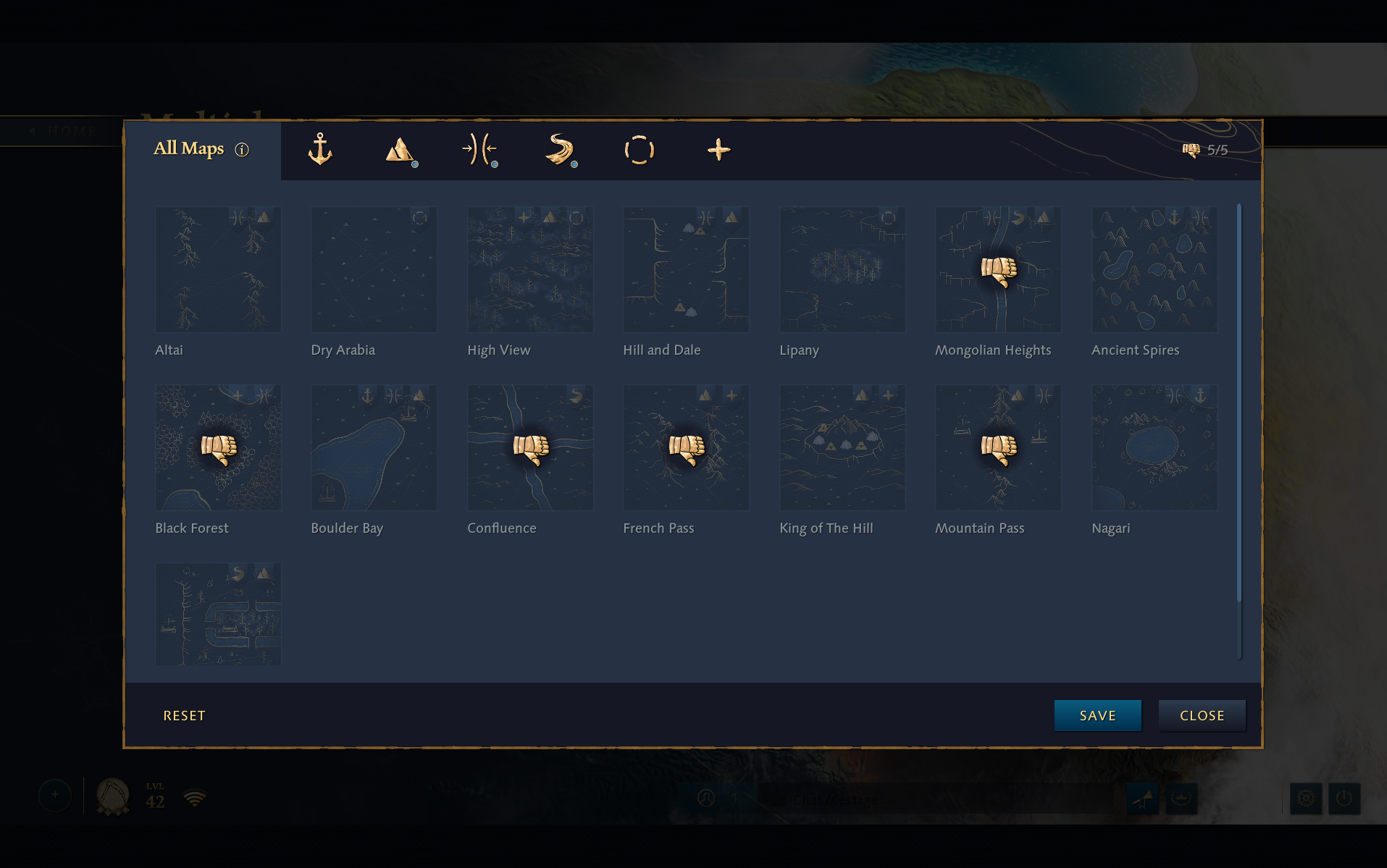 If player 2 decides to downvote only water and hybrid maps, the 2 players will be left with open maps having received no downvotes, and the final map selection will be chosen from those maps only.

In order to help players quickly find maps that fit into various playstyles, we have added filter tabs to the Map Preference UI. These will allow you to quickly see things like all naval maps in your queue. Categories showing a blue dot indicate that a map within that category has been downvoted, for quick at-a-glance reference.

If playing in a group for Team Games, the Map Preference selections of the group host will be used for the group search. 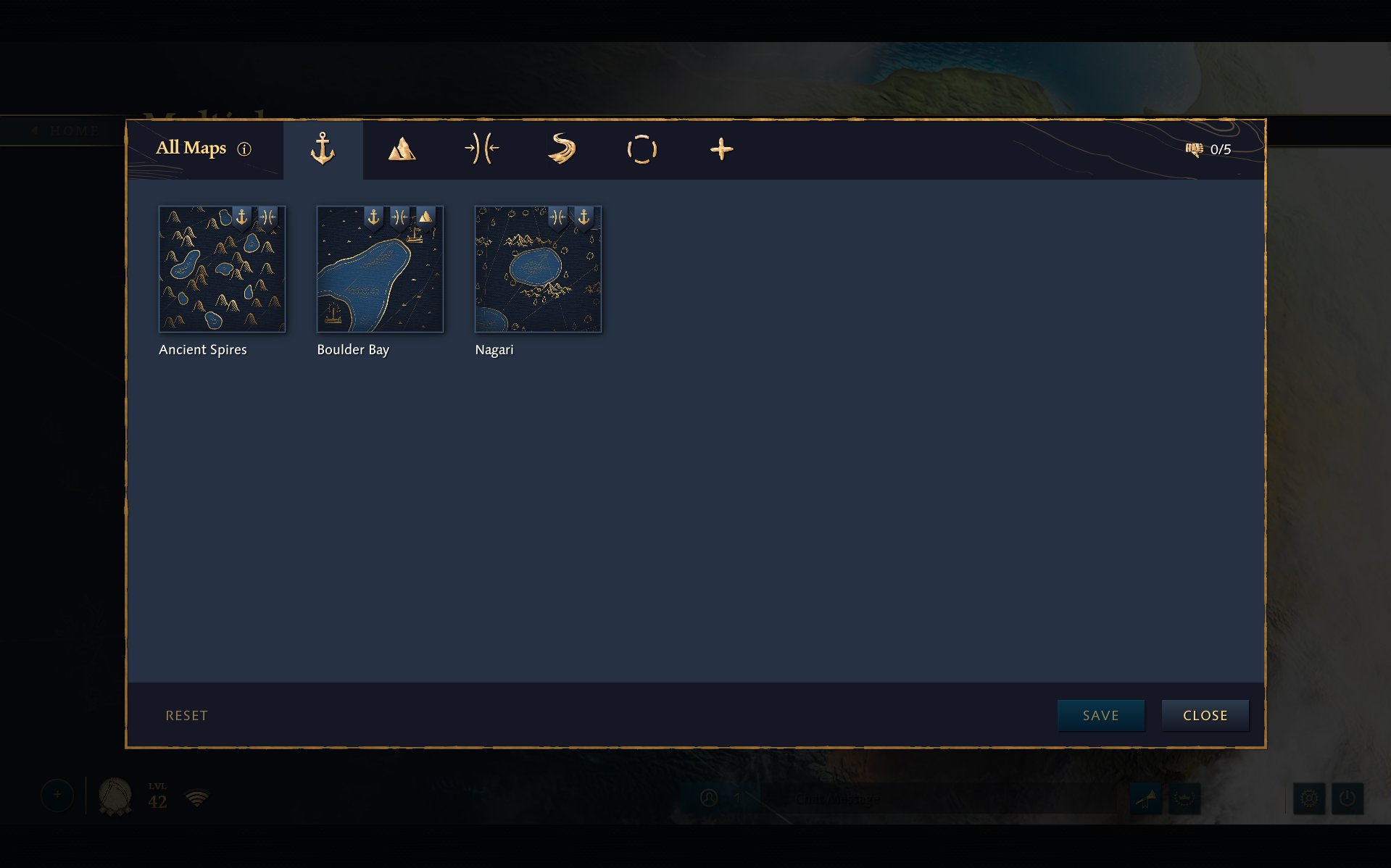 We’ve heard your request to play your way: hotkeys are now easier to find and remap to your preference!

Changes to how Hotkey Conflicts Work

Previously, when a new hotkey conflict was created, any existing keys with the same binding would be unbound. As of this update, hotkey conflicts are allowed and creating a new conflict will provide you with an alert that lists all of the currently conflicting keys.

Pressing “Continue” on this alert will assign the conflicting keys, while “Cancel” will revert the newly assigned key to its previous state.

Should you wish to disable the conflict alerts, a new toggle has been added called “Warn conflicts”, which will prevent any new alerts from appearing when disabled.

While playing Age IV, we want you to feel like a battlefield general and city architect. The classic camera provides a closer more intimate feel that doesn’t get across this feeling. We’ve added a new camera zoom level and rotation to provide a grander vantage point on the battlefield and more holistic view of the base. When making these changes we experimented with many different settings to determine the optional position. Zooming out further caused issues with unit selection and readability, while not offering much benefit. We have found these new values enhance gameplay feel, battlefield clarity, and base management. This new camera mode, dubbed “Panoramic” is now a UI option you’ll have access to. If selected while in a match, you’ll need to exit back to the main menu for the setting to take effect. 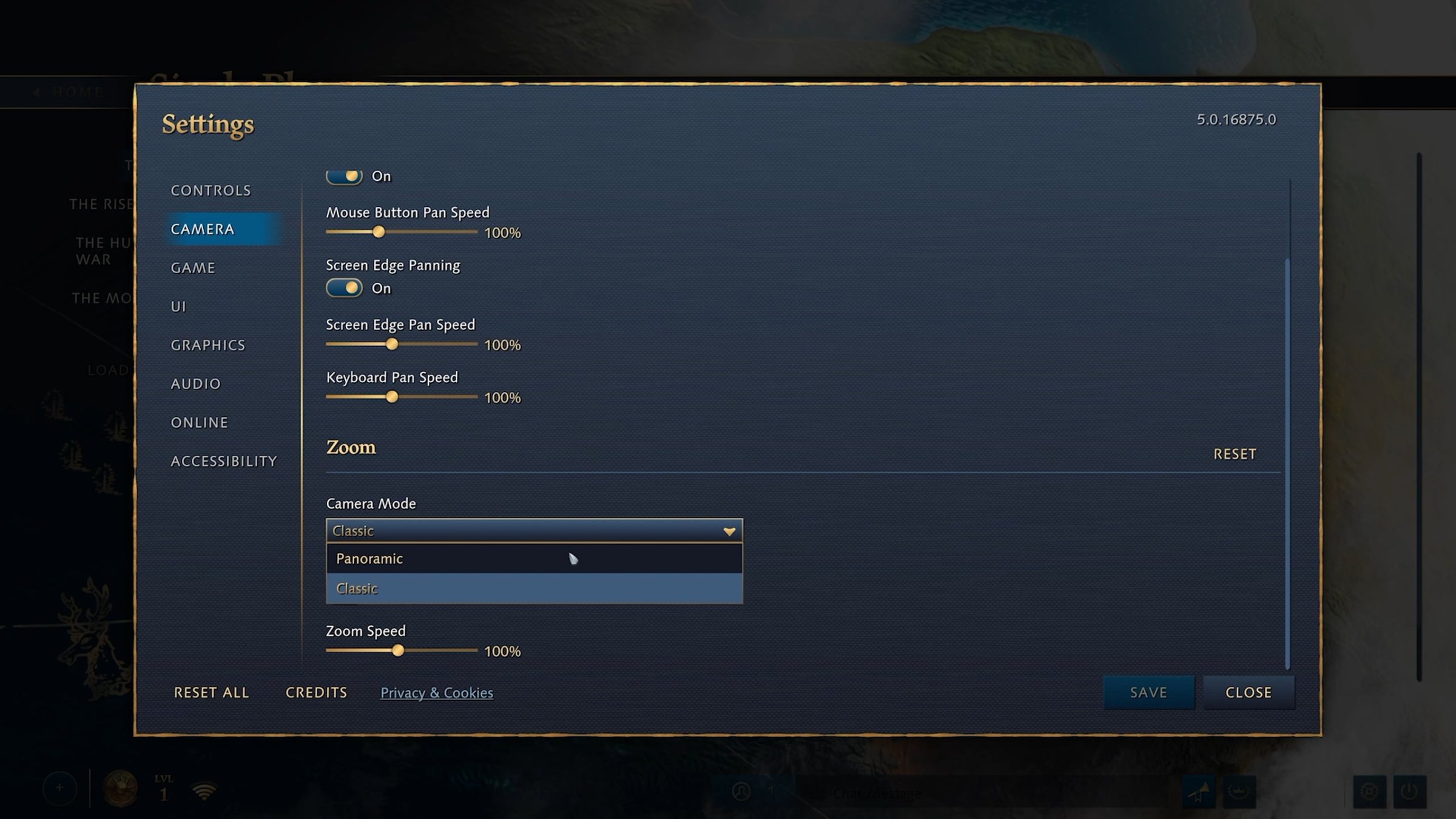 A new map, called The Pit, has been added to the game. This is an open map that features a stealth forest-filled valley housing one of the map’s 3 Sacred Sites right in the center, with small hills in each of the 4 corners that are home to the neutral markets and some of the few large resource deposits. You will spawn close to the opening of the central pit, so use the terrain to either an offensive or defensive advantage!

We know you’ve been requesting this one for a while now… and it’s here! You will now be able to choose a color for your civ in the following game modes: 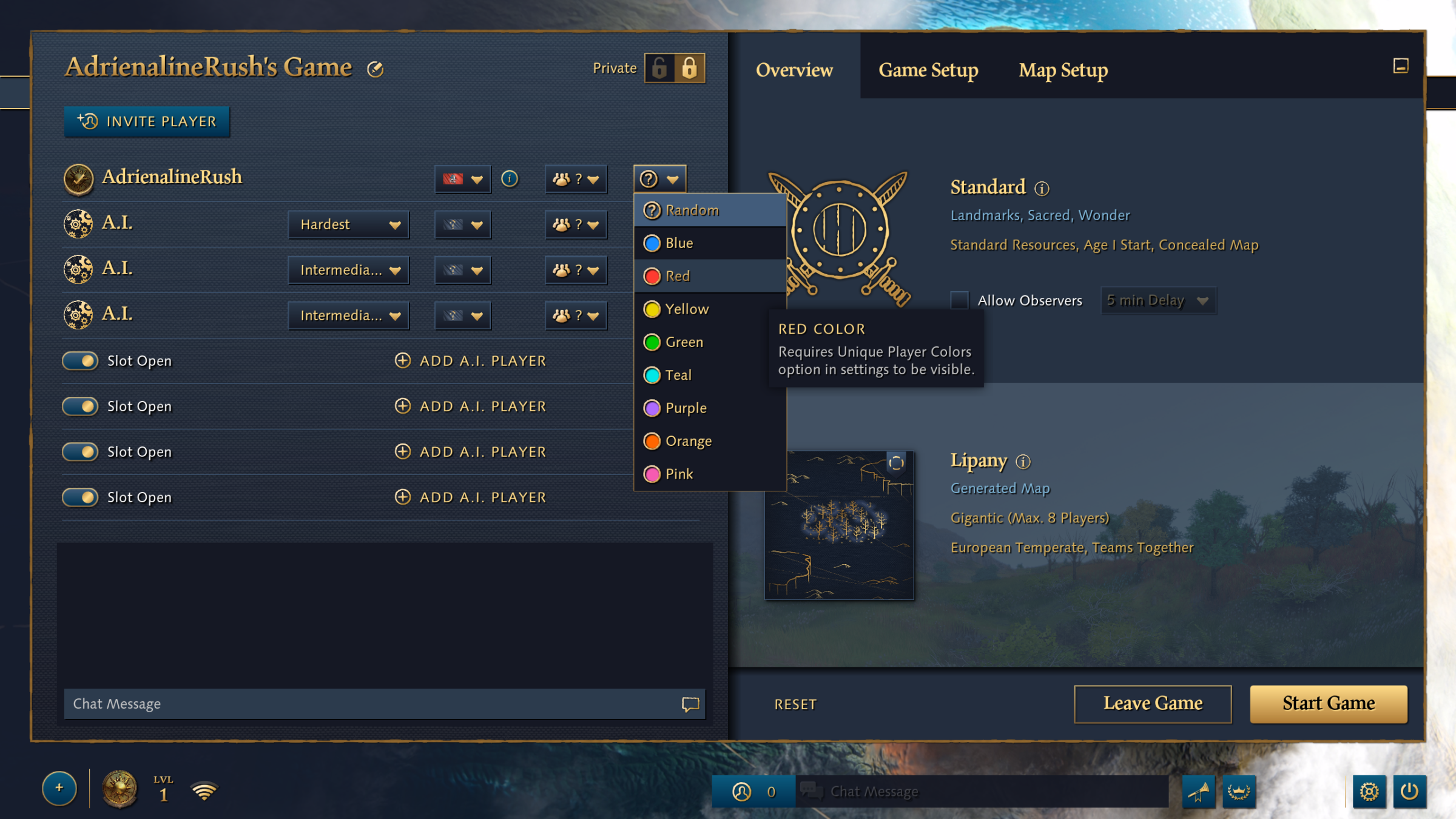 You can either choose a color or have a color randomly assigned at the start of the match. In order to see the chosen color in-game, it will require you to set the Player Colors option to Unique. You can find this in Settings > Game > Player Colors.

Developer Note: When there are too many alerts on the map they can become meaningless noise. We trimmed out redundant and not useful information so you can focus on critical events.

We wanted to add more strategic considerations to army positioning around siege weapons while increasing realism in the interaction between siege and non-siege units. To accomplish this, we’ve made all units (except villagers) use their normal weapons vs siege units. This means the knight charge will be a powerful option vs siege if there aren’t any nearby spearman to brace. Units not using torches means they will have to get closer to their targets so it’s easier to block them and protect the siege.

Of course, we still want there to be multiple counter play options to siege weapons. To get the balance correct with this feature we’ve done a large readjustment. With torches, melee units were able to stack and push each other, allowing many units to all hit the same siege target. Now melee units obey normal pathing rules so there are only a few that can hit siege weapons at a time. To account for this, we reduced the health of siege weapons. Units like horsemen remain strong counters as we have given their melee attacks bonus damage vs siege weapons.

The following changes have also been made to specific siege units: 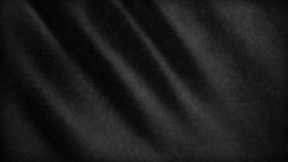 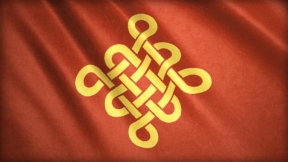 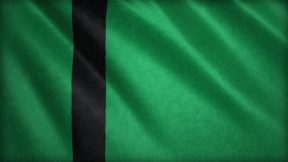 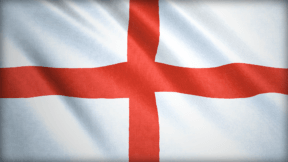 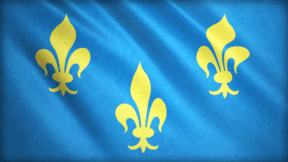 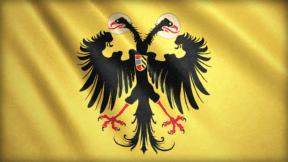 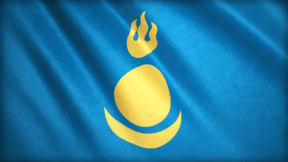 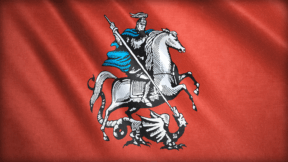 As part of this update, we are adjusting the maps that can be found in Quick Matches and Ranked. To find this list of maps, please visit Age of Empires IV: Season Two Is Coming!

We wanted to give a special thank you to all who provided valuable feedback on the PUP for Season Two and to those who took the time to check out our new Panoramic Camera setting in either the survey or online. Through your help and feedback, we determined that we would keep our current default camera setting (Classic) as is and the Panoramic would be a global setting that you can toggle on or off for all game modes (except for Campaign).

We’ve also heard your request for the ability to select which maps you’d like to show up more often. While the Map Preference System currently only allows for downvoting, we plan on iterating on the system, and we are always eager to hear your feedback.

If you haven’t had the chance to check out What’s in a Season, check out this sneak peek at what’s in store for Season Three! You can find information about the last Player Update Preview and find out how to get involved in the next one!

Stay tuned for a post-release survey to let us know what you think of Season Two and tell us what you either missed this season or what you’d like to see for upcoming seasons. We’re on it, so keep sharing your thoughts with us!

Today’s hotfix resolves an important issue causing crashes or problems loading when launching Age of Empires IV from either the Microsoft Store or the Xbox app. Should you continue to experience this, other issues, or simply wish to share feedback with our team: please check out our Support Articles or Send us a Ticket!

In early August, we’ll be releasing a patch which is set to include some of the hotkey fixes and balance changes you’ve been asking for. The focus of this patch will be to resolve important issues such as a Prelate Attack move bug, as well as issues found in the Remappable Hotkey Layout. You’ll be able to remap your hotkeys to cancel construction as well as map hotkeys for many more civ-specific commands. We’ll also be addressing issues on queuing production units by holding down hotkeys or Shift to batch produce, and we’re also tracking down other issues like Shift interfering with Grid Keys under the Grid Key Layout to be resolved in future patches.