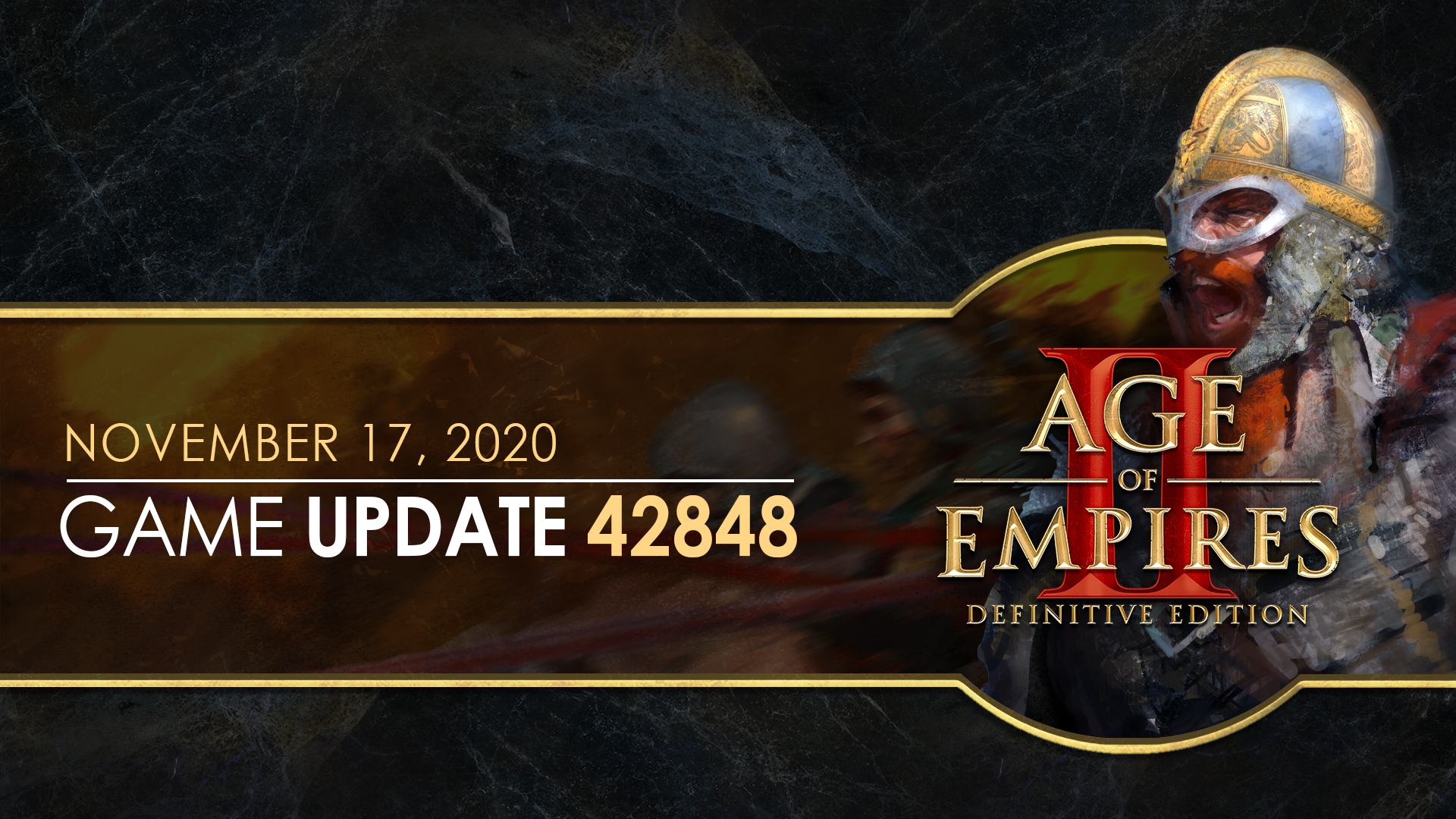 For those of you who’ve been with us since November of last year, we’re thrilled to share in this journey with you: exploring new frontiers for the game with never-before-seen content, new systems and features, and sharing the battlefield with you month after month! This past year has been full of projects and improvements to the game; for perspective, here’s just a few of the biggest highlights from the last twelve months:

All of this has been completely FREE for owners of the game, and only begins to lay the groundwork for all that’s yet to come! This month, we’re continuing the game’s growth with another massive update: including an all-new game mode to test your skills, a plethora of fixes and improvements, balance changes to 19 of the 35 civilizations and to 15 different maps, modding enhancements to offer even greater power at your fingertips, and so much more! As always, here’s the tl;dr list:

As always, these changes are based on your feedback over the past months (and, now, year)! We want to offer our sincerest thanks to everyone who continues to entrust us with this franchise and continues to offer ideas as to how we can make it better. To all of you who participated in a thoughtful, meaningful, inclusive, and understanding way over the past year: THANK YOU from all of us at World’s Edge and from the Age of Empires teams! Keep it up and we’ll continue building a game worthy of the RTS crown for the year (and years) to come!

That’s enough from me! We hope you enjoy Update 42848 and all that it brings to Age of Empires II: Definitive Edition. Thanks for helping us get through this past year; we can’t wait to share what we have in store for the next! 😉

November marks the first anniversary of Age of Empires II: Definitive Edition, and we’re celebrating its birthday with one of the biggest updates yet! Along with a long list of brand-new features and fixes to expand the tools in your arsenal, we’re throwing a party to celebrate the first of MANY years to come for Age of Empires II: DE! Check out the requirements below, jump into the game, and unlock a slew of birthday presents! 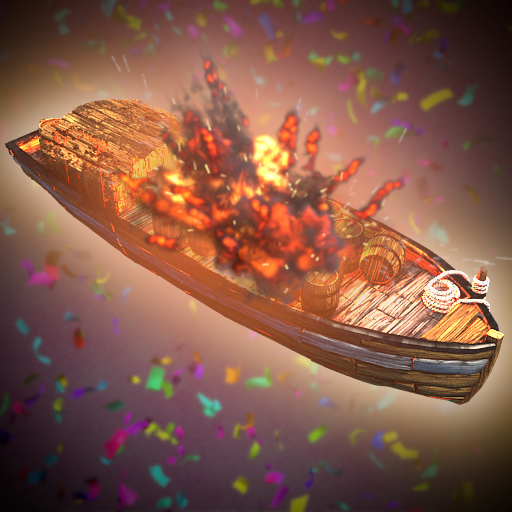 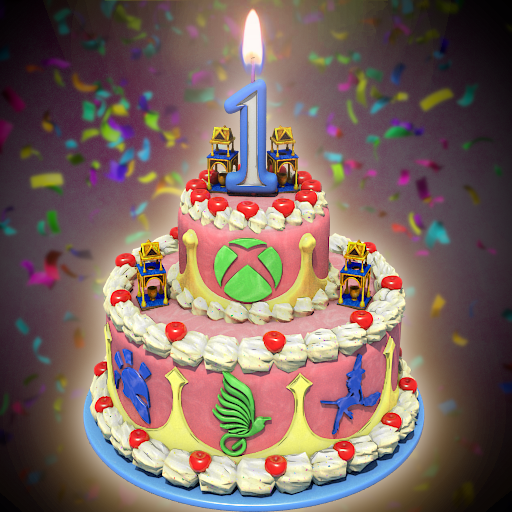 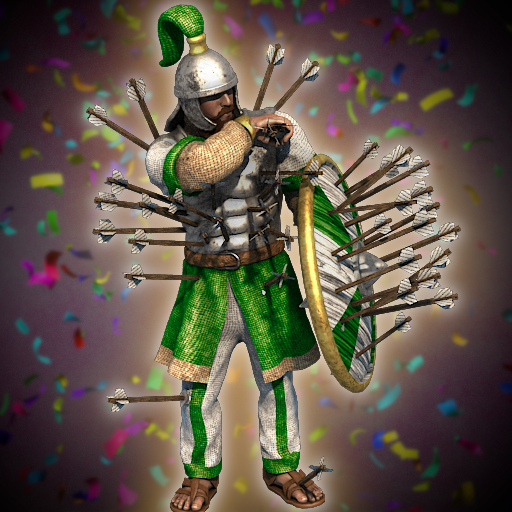 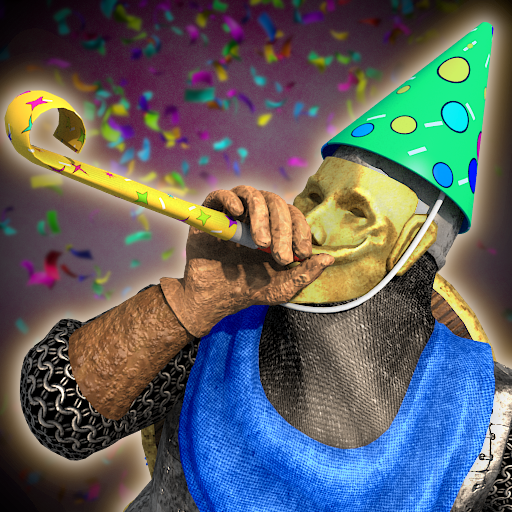 Remember: if you sign in to Xbox Live during the event, you’ll get to keep all of the mods and profile icons you’ve achieved! Sign in, earn your rewards, and enjoy the celebration!

We hope you enjoy the Age of Empires II: Definitive Edition Birthday Celebration!  Again, don’t forget to sign into Xbox Live to ensure you keep everything you unlock!

It’s also now easier than ever to jump in and play Age of Empires II: Definitive Edition with Quick Play! This feature allows players to set a game type and map preferences, then effortlessly matchmake with others in the Random Map, Empire Wars, and Battle Royale game modes.

Battle Royale introduces a brand-new way to experience Age of Empires II: Definitive Edition! This fast-paced mode pits up to 8 players (or AI players in a skirmish) against each other on 5 new maps in a free-for-all contest to see who can be the last combatant standing.

Who will win? Make sure it’s you!

To access Battle Royale, you can either select it in the Quick Play menu, or you can click the ‘Battle Royale’ button on the home screen to jump straight to the setup screen.

Both experienced and new players will find the game more welcoming than ever with updates in the overall game UI including improved civilization selection, main menu navigation, and updated party invites. 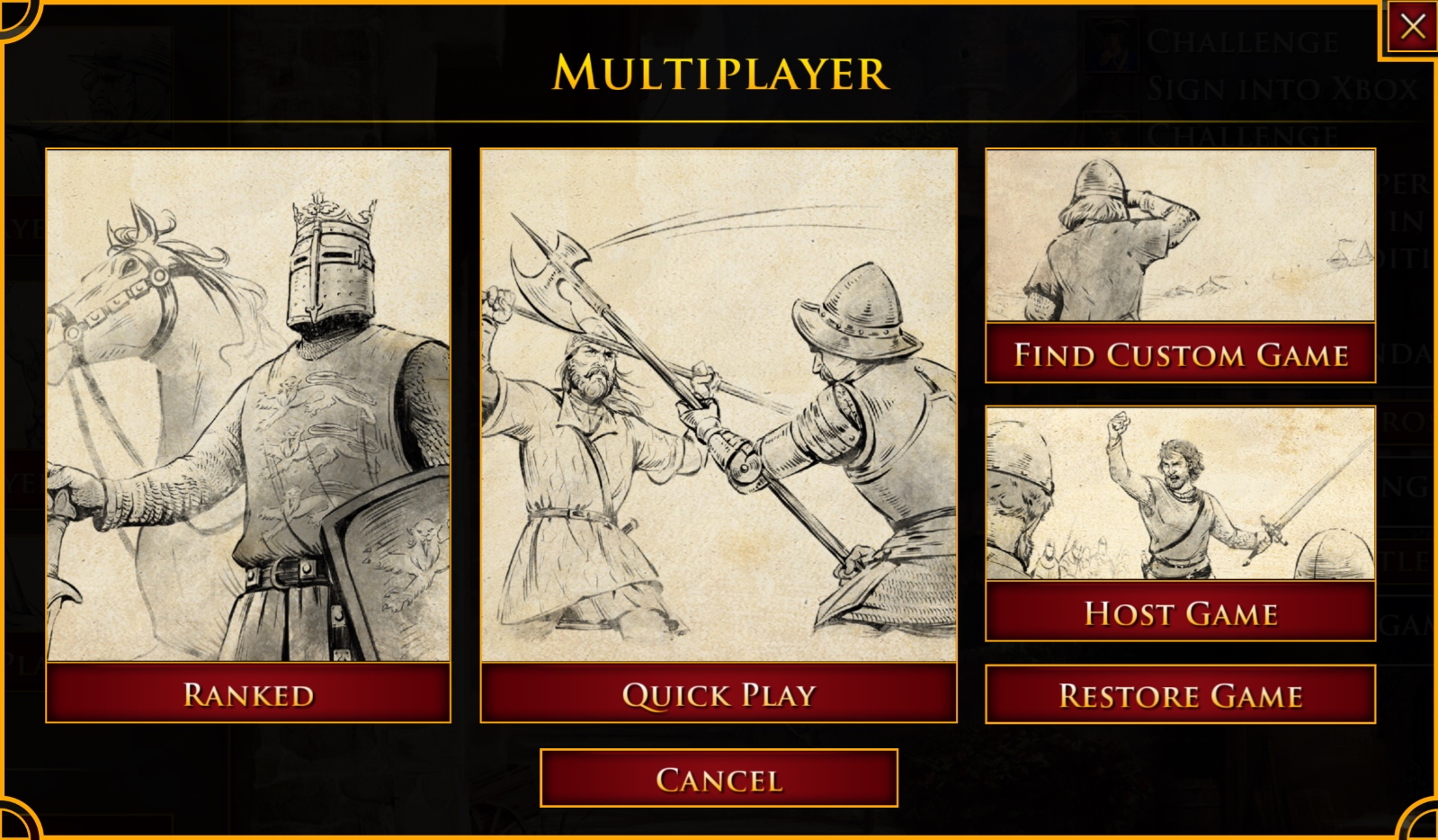 More information can be found in the ‘Lobbies & Matchmaking’ section, below!

The percentage numbers have been updated to represent their actual effect for the following bonuses and technologies:

Added a new setting which changes the behavior when double-clicking to select Villagers:

Other changes to gameplay in Age of Empires II: Definitive Edition:

Xolotl Warrior: Are now granted +30 hp, +2 attack, and +2/2 armor in matches that begin in the Post-Imperial Age.

Reduced the number of bonus resources Villagers can carry from +5 ▶ +3.

The Aztecs no longer start with extra gold in the Empire Wars mode.

Increased the rate at which Blacksmiths work from 50% ▶ 80% faster.

The movement speed bonus for infantry units is now applied at the start of the Feudal Age.

Kipchak [Standard & Elite]: Now have a 0.5 second fire delay, equivalent to the Mangudai.

Torsion Engines: Reduced the width of Scorpion projectiles from 0.5 ▶ 0.4 tiles.

Loom can now be researched instantly rather than at no cost.

Reduced the team bonus to damage dealt by Camel units to buildings from +5 ▶ +4.

No longer have access to the Plate Barding Armor technology.

Sultans: Fixed an issue where captured Relics would generate gold ~17% faster rather than the intended 10%.

Korean Towers no longer gain the range bonus previously granted during the Castle and Imperial Age.

Replaced by the Eupseong technology.

All technologies are now researched 30% faster.

Several changes have been made to the Empire Wars game mode:

Added a new command, behavior_version, which lets you opt-in to fixes and changes for RMS that are not compatible with older scripts.

In addition to this change:

A new Quick Play lobby is now available for unranked play! Quick Play is designed to get you into a match lighting fast: offering the ability to quickly setup your game type and map preferences and then effortlessly join matchmaking with others in the Random Map, Empire Wars, and Battle Royale queues. Quick Play will be unranked and designed for convenience—getting you in a game with only a few clicks.

We’ve also updated the invitation system to make it easier for you to invite players to your match or clan. 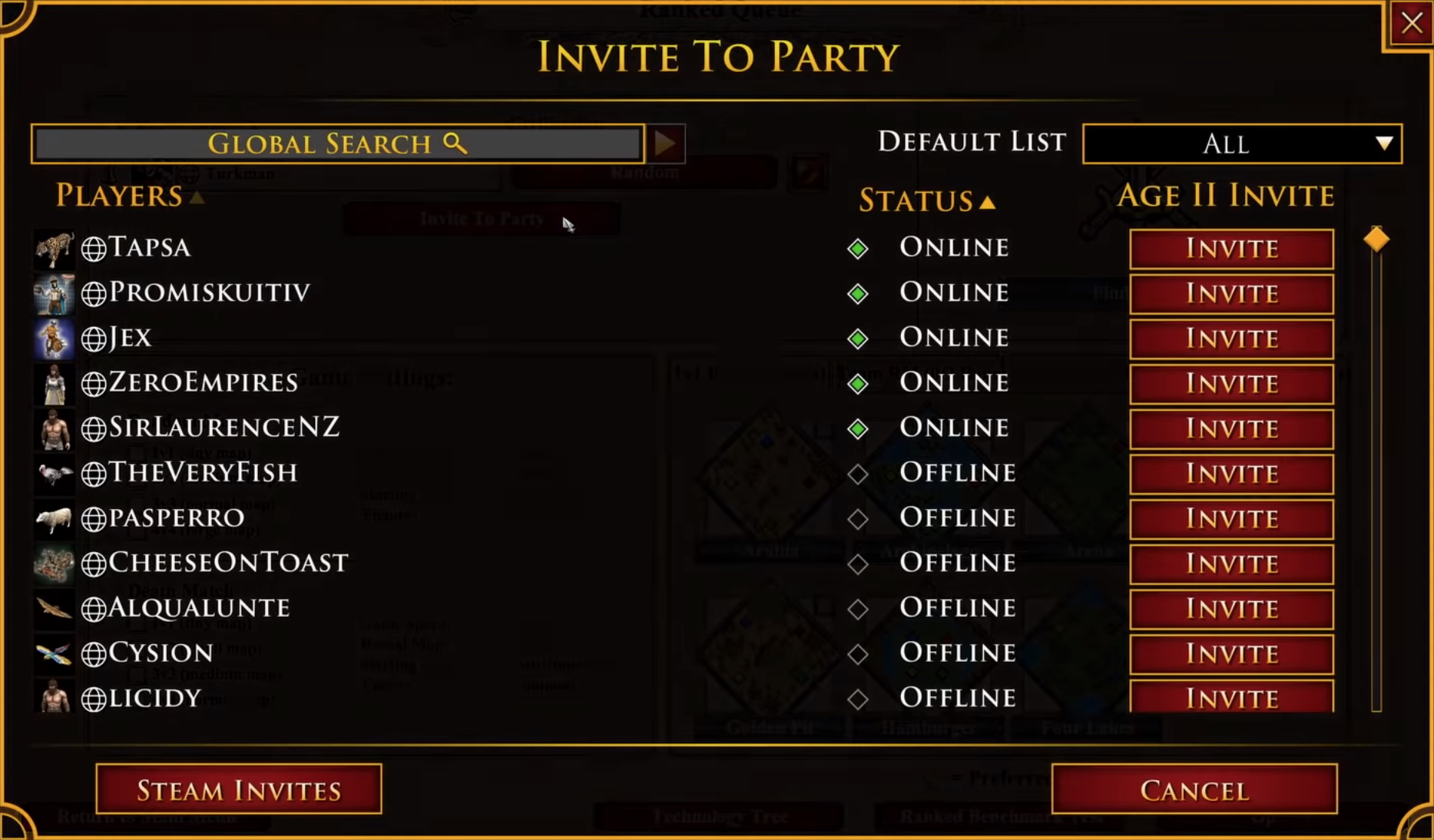 Along with these additions, we’ve implemented several changes to the multiplayer lobbies:

A new .xs scripting functionality has been added to the scenario editor!

Here are a few examples of the functions which can be called:

A multitude of new trigger effects and conditions have been added to the Scenario Editor for your use:

Other adjustments to the Scenario Editor: