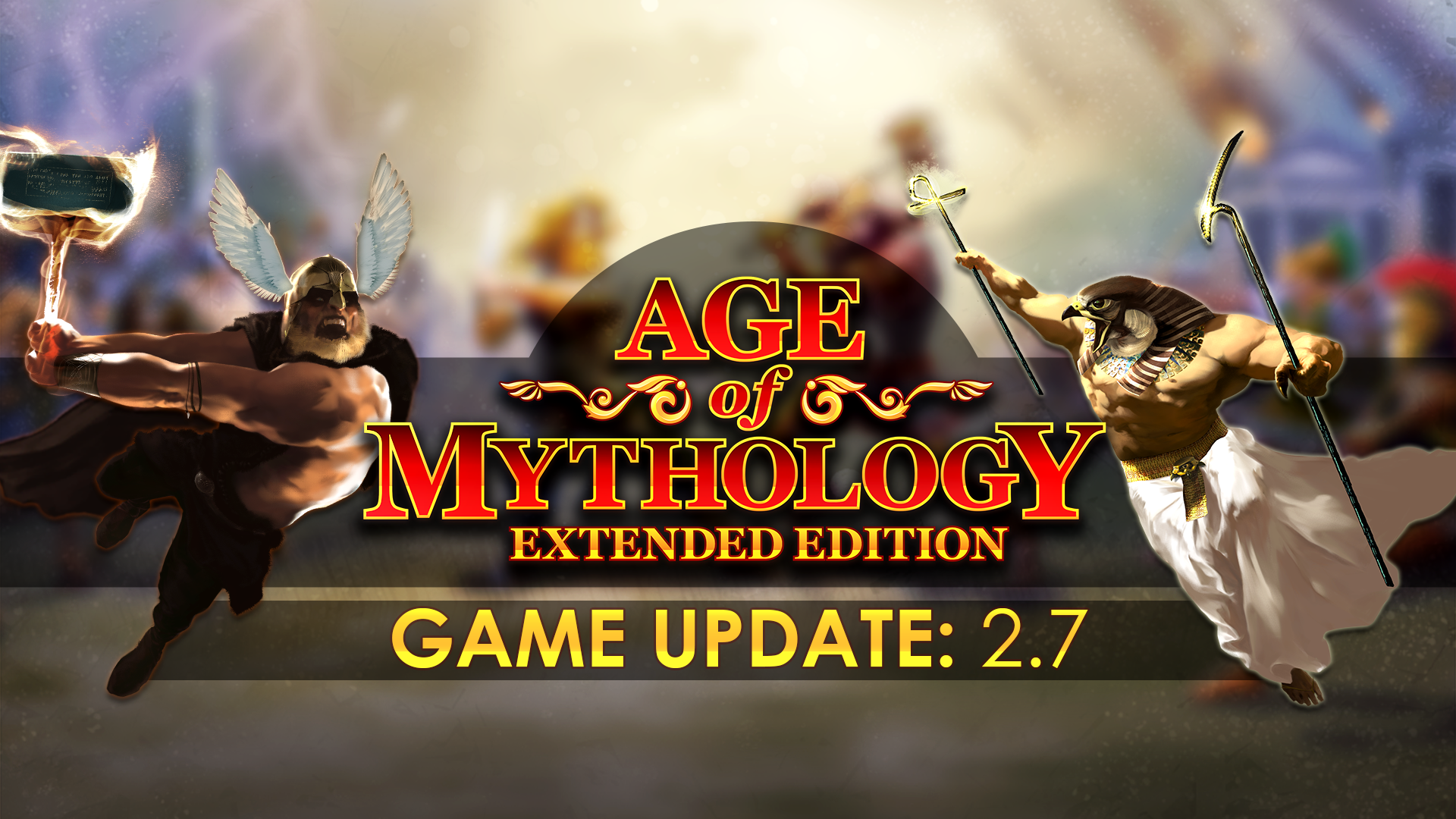 GREETINGS, heroes of the Ages! Today, the 2.7 Patch Preview ascends Mount Olympus to take its rightful place in our shared Mythology! The team has compiled a massive list of changes—including bug fixes, balance updates, and game improvements—all of which are now available in Age of Mythology: Extended Edition!

While this is currently the only planned update for the game, we still want to hear of any outstanding issues that escaped the watchful eye of Odin! If anything has been missed or overlooked, take the time to visit the forum and let us know—making sure to include as much detail as possible about how it impacts the game:

You are also encouraged to join us on Discord, where you can catch up with the rest of the Myth community and organize games:

Thanks to everyone who joined in during the Patch Preview, provided feedback, or continues to show their support for this beloved game! We look forward to what the future may hold for Age of Mythology, and hope you enjoy all the changes we’ve made!

NOTE: Along with today’s update, we will also be resetting all player Elo ratings. This will not only clear out several erroneous ratings which have had a negative impact on matchmaking, but will also reset the Age of Mythology leaderboards.