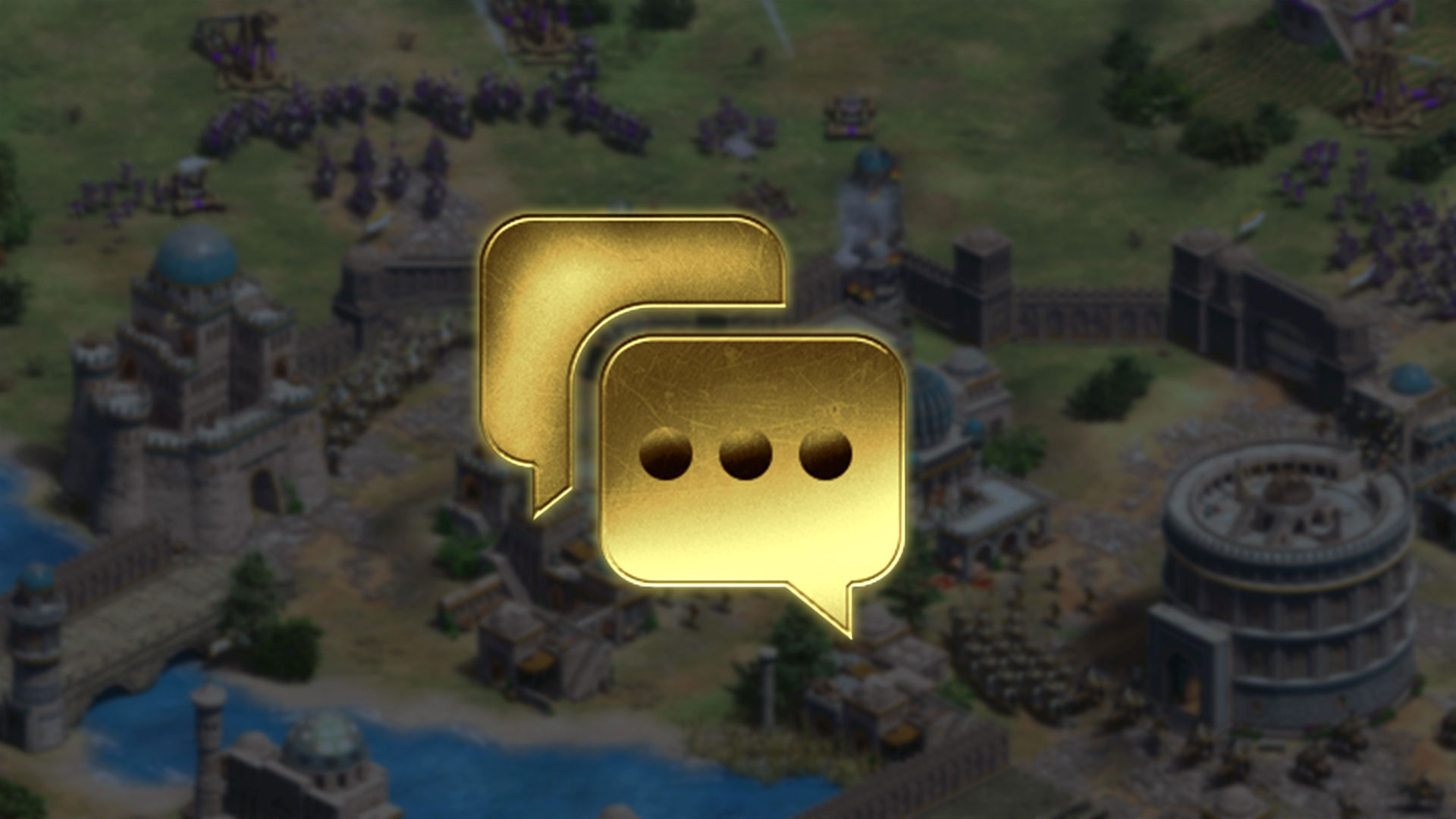 This is my first time doing an official blog post for Age of Empires so first, thank you so much for trusting us with this franchise. The reception for everything from the Definitive Editions, to tournaments, to the Age of Empires: IV  teasers, have been nothing short of humbling.

So, a little about myself, I’m an Arena team game clown and I lead the business and data team for the Age of Empires franchise at Microsoft. A big part of my job is looking through the numbers and trying to see where we can improve, and make the game even more fun. I’m certainly not alone, just one of many people who are passionate about the franchise, looking for ways to grow it. We don’t always get it right on the first try, but we do our best and appreciate your patience!

Ok, enough preamble, I’m here to announce that we will be removing Deathmatch from the ranked queue and replacing it with Empire Wars in an upcoming patch. Believe me when I say this is something we take very seriously and I want to walk you through the logic and why we think this is the right decision for Deathmatch and the wider Age of Empires II: Definitive Edition community.

Why are we adding Empire Wars Ranked queue?

One of the most common requests we see is for a short game mode. It’s a difficult problem to solve because shortening or speeding up matches can impact the “classic Age of Empires: II” feeling. In the lobby (& mods) there are a few options for short game modes including Deathmatch, Turbo, Battle Royale, and Castle Blood Automatic, but the most popular, and fastest-growing, is Empire Wars. This could be thanks to the Red Bull Wololo tournament series (which you should all check out starting May 29) or it could just be because it is a fun, shorter game mode, that feels like Age of Empires. It’s hard to say for sure, so we want to raise its visibility by giving it a ranked queue and let you decide.

It’s worth noting that we don’t expect Empire Wars to replace Random Maps. These are distinct game modes. To me, it is a nice way to play some competitive Age of Empires II: Definitive Edition when I don’t quite have enough time to play a long 4v4 Arena Ranked Match. For those of you saying “faster match? Just play Arabia!” my answer is no, that map is perma-banned from my personal matchmaking queue because you all are way too good at Arabia and my early eco needs protection.

To the one Redditor on the original Empire Wars announcement who said, “this feels like a push to get rid of the Dark Age…to make the games faster for Esports”… we love the Dark Age and we love esports, but the real reason we are doing this is so more people can find time to play.

Why are we removing ranked Deathmatch?

The more people we have queuing for ranked, the faster and better the matchmaking will be both in terms of ELO and ping. We are excited about the vibrant scene in Random Map, which has doubled year-over-year, but ranked Deathmatch never quite hit the critical mass it needed to grow. Since Age of Empires II: Definitive Edition‘s launch, we’ve seen queue times that are much longer than we would like, along with occasionally significant ELO gaps between opponents. This isn’t the user experience we want and, predictably, the majority of experienced multiplayer DM’ers have moved to lobby matches.

Games like Age of Empires follow a certain progression where new users come in, they play some tutorials, go through some campaigns, play vs increasingly difficult AI, then try their hand at multiplayer. We want that first experience in multiplayer to be excellent because if it is, that person might come back, and then everyone in multiplayer benefits. If these “new-to-multiplayer” players find their way over to lobby and happen to queue up for a DM ranked match, two things frequently happen: they sit and wait in a very long queue before switching to a different game mode, or they get matched up against a player at a vastly different skill level than themselves and possibly lose their interest in DM going forward.

There are a lot of great ideas in the community about how to improve that experience, but for the moment, we think removing it and centralizing the multiplayer DM’ers in Lobby is the best near-term fix to help people find matches quickly.

*NOTE: If you are one of the many people who never made it to multiplayer and instead fell in love with the Genghis Khan or Joan of Arc campaign…20 years ago…please don’t feel called out! I’ve probably played through the Siege of Paris 50 times myself. Campaigns are amazing and we are happy you found your way to play Age of Empires II: Definitive Edition!

So there you have it. This is a test. We will continue to listen to your feedback and try our best to be good stewards of this amazing franchise. A lot of the best ideas in Age II: DE come straight from you (like Empire Wars’ current iteration) so please, keep telling us what you like and how we can improve

See you all on the ladder!

The History of Heidelberg Castle