This month’s update introduces a ton of new changes and features to the game, some new civilization tweaks to bring some of the powerhouses into line (while lifting up some of the weaker civs), and an all new event for you to unlock new profile icons and skins for your account. Here are some of the big highlights:

There’s a little something for everyone in this month’s release, though we’re not done yet; there is plenty more still in the works for Age of Empires II, including plenty of projects and fixes that we can’t wait to share with you. For now, we want to hear what you think about today’s build, as well as what you’d like to see included in the next update. Come join us on any one (or all) of our social channels and get involved in the conversation!

We hope everyone is continuing to stay safe during these challenging times! Stay healthy, and we’ll see you on the battlefield! ❤

While there is plenty of fixes and features coming with today’s build, here are some of the highlights to look for in the April update:

Come one, come all! The GREATEST MEDIEVAL TECHNOLOGIES EVENT is here to spotlight some of the most intimidating inventions in human history! From the evolution of siege technology to the advent of the crossbow, gunpowder, and even the defensive tools used to protect against these new technologies, we’re taking a closer look at the weapons of war that helped define and redefine the battlefields of their time.

This month, you can play and complete challenges in Age of Empires II: Definitive Edition to permanently unlock new icons, never before seen cheat codes, and cosmetics celebrating the greatest medieval technologies!

Today through May 13, check back in-game to complete daily challenges and unlock all the new content:

🎯 Train three Arbalesters in a single game.
🏆 Unlocks the ‘Going Above and Beyond’ cheat code.

🎯 Destroy an enemy Castle with a Trebuchet.
🏆 Unlocks the ‘Tech Tech One Two Free’ cheat code.

We hope you enjoy the best that medieval history has to provide: both with the celebration AND with Age of Empires II!

The Medieval Technologies Event concludes on May 13.

All you need to do is log into your Xbox Live account before the end of the event to keep all of the profile icons, cheat codes, and mods you unlock; it’s as easy as that!

No problem! All you need to do is click the ‘Medieval Technologies Event’ button on the main menu, select the challenge where you unlocked the mod, and click Subscribe to re-add and re-download the mod.

Q: I can use the new cheats during the campaign; is this intended?

Exclusively during the GREATEST MEDIEVAL TECHNOLOGIES event, you can use the new ‘Going Above and Beyond’ and ‘Tech Tech One Two Free’ cheats and still earn achievements, as well as any bronze or silver campaign medals. Note that you will not be able to unlock the gold medal for any campaign mission or any Art of War medals—you’ll still need to earn your way into gold-tier without the use of cheats!

This time-limited benefit will disappear at the end of the event, so enjoy it while it lasts!

Q: Can I queue and research multiple of the same technology when the 'Going Above and Beyond' cheat is active?

Yes! While the ‘Going Above and Beyond’ cheat is active, you can Shift + Click a technology to research it multiple times. Custom keybinds (i.e. Shift + <keybind>), however, do not work with the cheat code at this time.

We’ve made the transition to a new chat filtration back-end with the aim of better accommodating the needs of the Age community. This update provides a less intrusive, more consistent experience across all platforms.

As with everything else, this is a system that will continue to see changes and adjustments based on feedback from the community:

Keep the feedback coming, and thanks for continuing to work with us as we fine-tune the system!

Fire Galley: Increased the training time from 60 to 65 seconds.

Can no longer research and train Paladins.

Torsion Engines: Increased the width of upgraded Scorpion projectiles from 0.3 to 0.5 tiles.

Now receive the Loom technology for free as a civilization bonus.

As a civilization bonus, Fisherman now work 10% faster rather than working 15% faster and carrying +15 food.

Fishing Ships now correctly cost -15% wood (instead of -15 wood). This effectively raises the cost from 60 to 64 wood.

Reduced the work rate of Farmers by 3%.

Can no longer train Bombard Cannons.

Tower Shields: Reduced the cost to research from 800 to 500 food.

Tower Shields: Increased the bonus pierce armor provided to Spearmen and Skirmishers from +1 to +2.

Harbors now (properly) receive the benefits of Chemistry, Murder Holes, and Heated Shot when Thalassocracy is researched before any of these technologies.

Removed the bonus to the work speed of Town Centers and Docks in the Dark Age. They now work:

Flaming Camels now benefit from the +5 attack vs. buildings bonus provided by an Indian ally.

As a civilization bonus, Barracks and Stable units now receive a +1 melee armor bonus in the Castle and Imperial Age (+2 total).

The elevation points have been revised and re-balanced on the following maps:

We’ve implemented various improvements to improve how matches are formed, spectated, and discovered in Age of Empires II:

During last week’s maintenance, several fixes were implemented to improve the multiplayer experience: 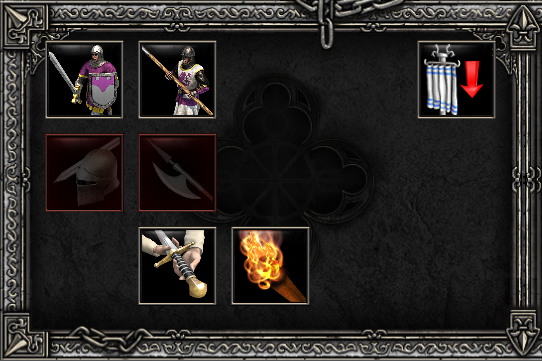 As always, we are continuing to track issues reported by the community for future updates. Here is a brief overview of some of the issues that have been raised for which we are actively working on solutions: