Interview with Craig Mullins – An Age of Empires Illustrator 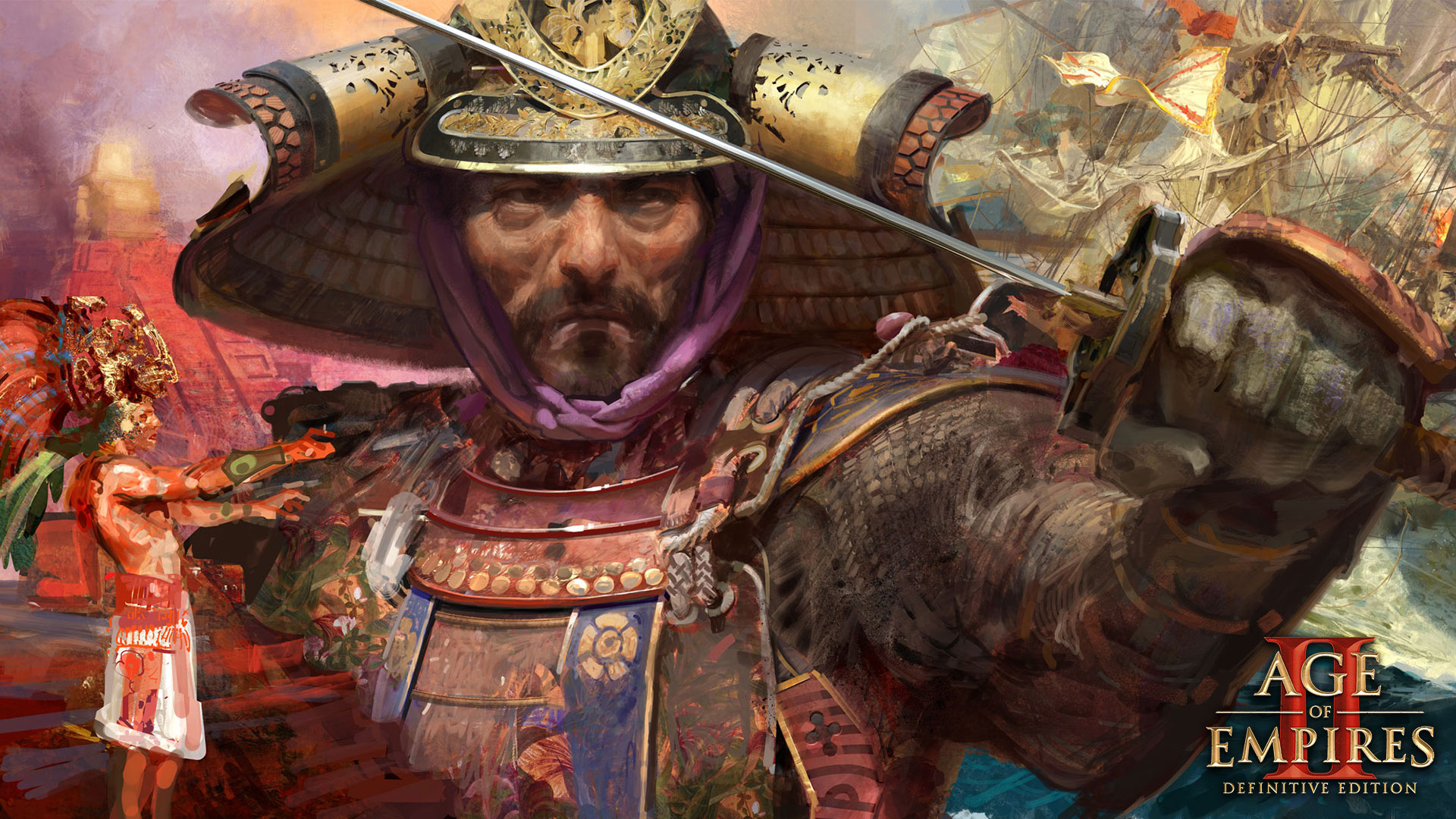 Recently, we had the opportunity to sit down and talk with Craig Mullins, the illustrator behind many of the iconic Age of Empires art pieces. Check out the full interview below and learn more about Craig’s background, passions, process, and more!

For those who don’t know, who are you and what do you do with us at Age of Empires?

My name is Craig Mullins and I am an illustrator who has done packaging and promotional art for Age of Empires III and now I am working on Age of Empires II: Definitive Edition and will be involved in further iterations of the Age of Empires franchise, I hope!

What drew you to the Age of Empires franchise?

I have always enjoyed history, so doing historical illustrations seemed to be a natural progression. When I was a kid, I loved science fiction. It seems pretty common that when a person is younger, if they love sci-fi, they will later develop an interest in history. They are a lot more similar than you might think. Sci-fi is often based on historical events. Asimov’s timeline of the world has always been fascinating to me, and it shows how a sci-fi writer also knows history very well.  It is a process of extrapolation. The more solid you line through history the better you can project forward.

What is your all-time favorite project that you’ve worked on with Age of Empires (so far) and why?

I enjoyed working on the illustration of Mexico City, looking down as a priest addressed the crowds. I think the illustration showed the size of pre-Columbian civilizations in the Americas. They were quite large and sophisticated. There’s not a few hundred people out there, but a hundred thousand or more. My background as a matte painter really helped sell that scale of the city and architecture in a way that I have not seen in other imagery of that time period. 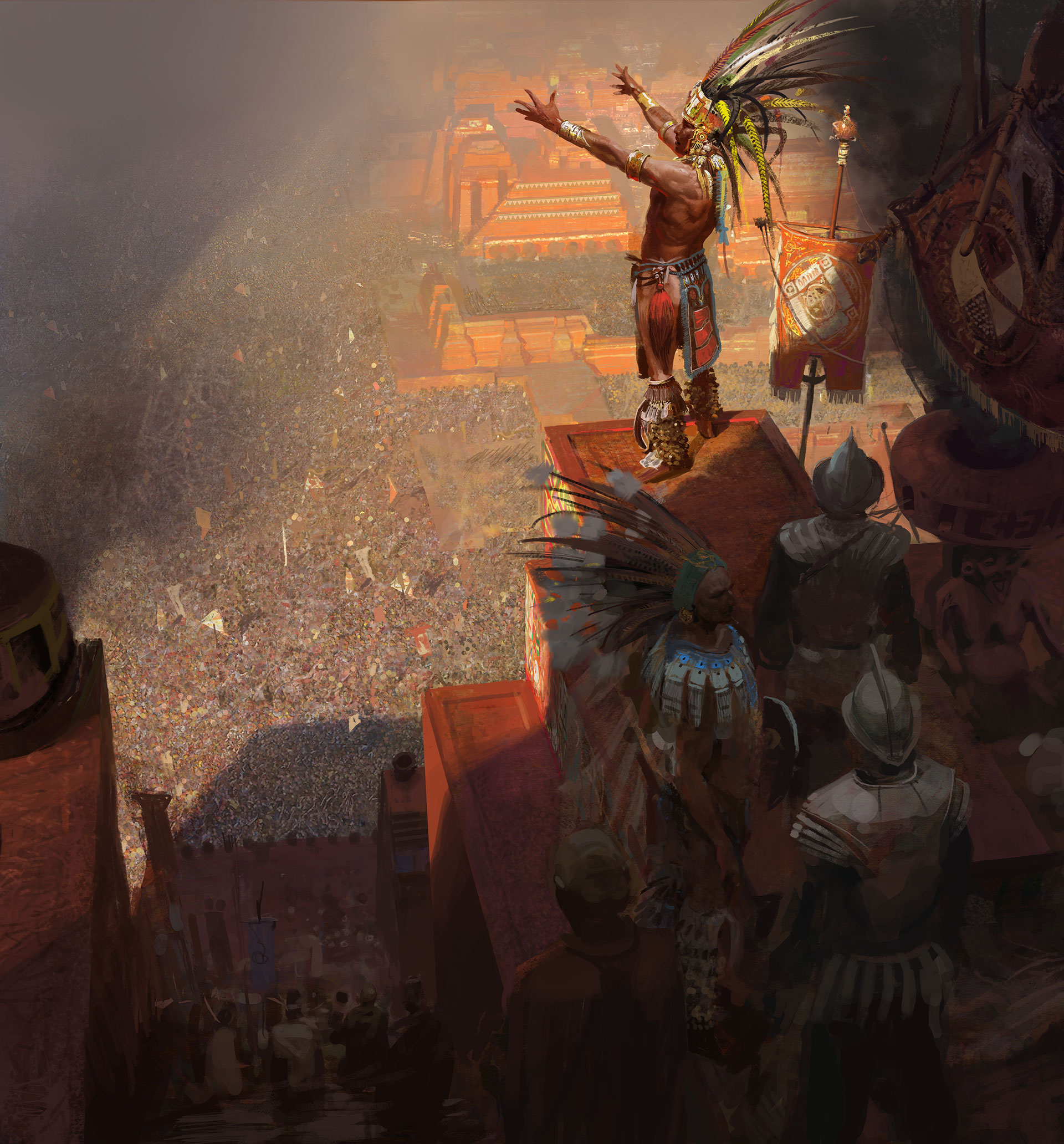 What does history mean to you?

History is one way of evaluating where we are now. If we look around the world, and at current events, we can ask what the similarities are between what is happening now and what has gone before. I think this can help us avoid mistakes or at least from repeating the same mistakes.

How has history had an impact on you and what you create?

I’m interested in many aspects of history. History is traditionally understood as being generally concerned with large political and social movements, but there are many other types of history. There is the history of ideas, architecture, clothing, food, art, science, what have you. All of these sub-disciplines are threads that makeup the larger rope of what we consider to be history. Age of Empires concerns itself with military history as supported by institutional foundations. Sometimes what happens on a battlefield can be influenced by seemingly insignificant details. These details can greatly influence the outcome of the battle, and as such, influence subsequent history greatly.

Where did you go to school and what did you study?

I went to college at Pitzer College in Claremont California, and after that studied at Art Center College of Design. There I studied product design, transportation design, and illustration. 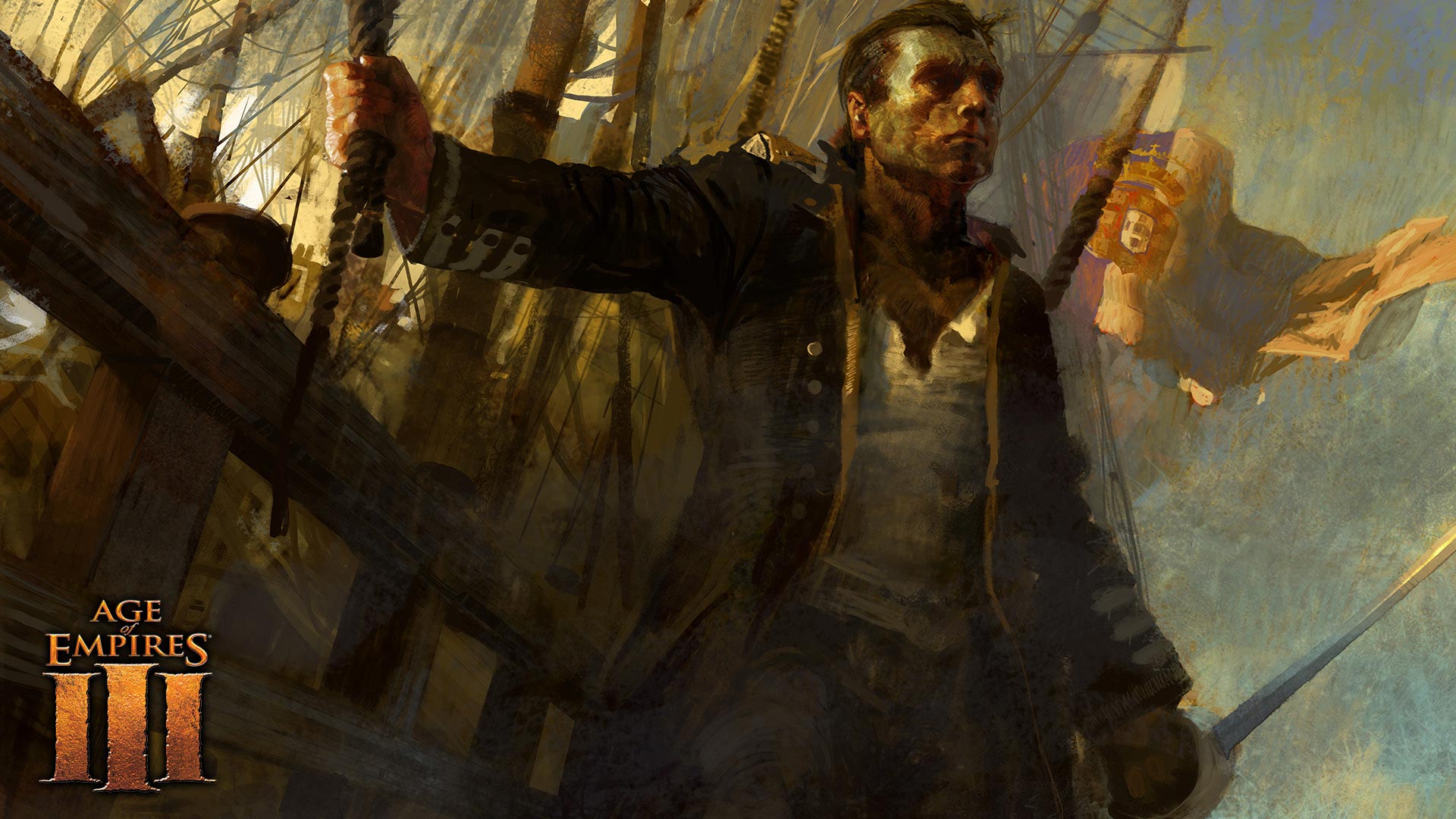 What led you to work in the gaming industry?

When I graduated, there was no gaming industry. Illustrators worked as either editorial illustrators or advertising illustrators. I started working in the film industry and that was a new thing. Digital painting as we understand it did not exist. A lot of the pioneers in the gaming world were cinephiles. So, it would make sense that when they started designing games, they would hire people who worked in film design.

Tell me about your creative process… what is it like?

If my creative process has one thread that is unchanging, it is to learn as much as I can about the subject and environment that I’m illustrating. This not only helps make the illustration more credible but will help me make the illustration tell a story. The technical creative process is rather chaotic, and I am always changing what I do and the order in which I do it. This is less reliable than having a tried-and-true workflow, but I think it’s more fun when unexpected things happen. It can be a little anxiety-inducing when deadlines are looming, but if time is short, I can always fall back on a more reliable procedure.

What do you do to self-motivate and self-organize?

Motivation has never really been a problem. There is always something to improve or to learn as an artist. Stacks of bills can be a motivation as well. Part of keeping motivated is what I was talking about in my creative process where I like to change things up a lot. If I develop one way of working, I think it would get kind of boring after a while. I had a professor at college who thought he wanted to be a painter until he realized, as he understood it, painters spend all day filling up shapes with color. So, he became a conceptual artist instead. I think if what I did was indeed filling up shapes with color all day, I would be bored too. But there are so many exciting new possibilities with digital art. Quite a bit of the of the drudgery is gone or lessened.

The other unchanging aspect of my workflow, as well as learning what I can about a subject, is to draw constantly. No matter how chaotic or off the wall my technique may be, drawing is the glue that can pull it all back together.  It keeps things organized. And by drawing, I mean structure, not necessarily using line as a technique. That’s a very narrow definition of drawing. I would define drawing and wider way, really as organization and expression of relationships. 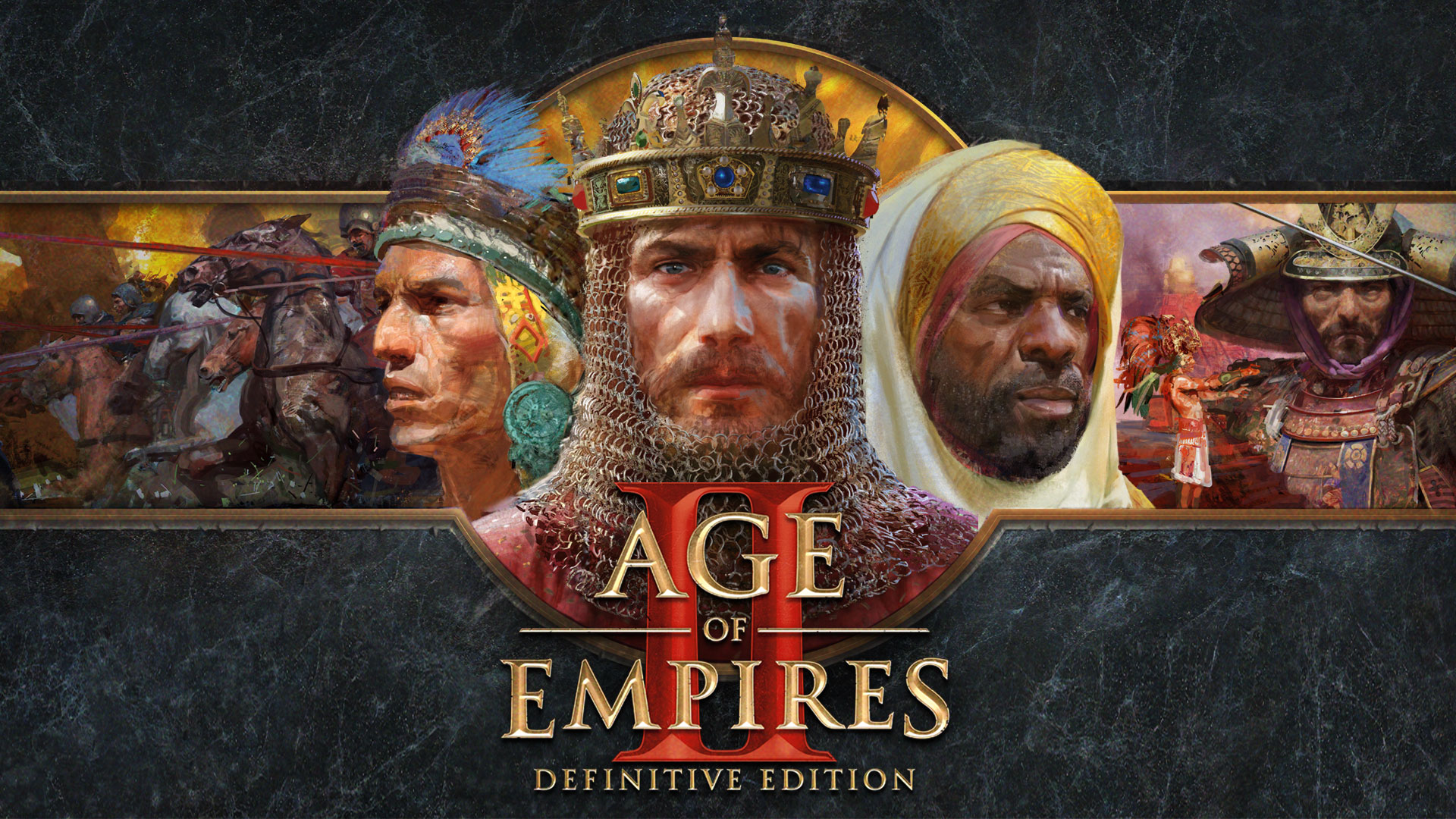 What kind of medium do you prefer to create with?

I enjoy many aspects of different mediums. They all have their strengths and weaknesses. Part of my chaotic workflow is trying to integrate different mediums at their strengths. Digital paint is wonderful with its ability to branch versions, go back in time; unlimited undos, unlimited flexibility. The problem is getting it out of the digital world. A digital print pales in comparison to a well-done traditional painting. One is dead and one is alive. All that flexibility comes at a cost.

I originally bought a computer with Photoshop in order to scan in color sketches that I would do with real paint and then modify the sketches to explore different possibilities before I would commit to painting a large finished piece. Eventually, the computer took over – at least for commercial work. The speed and flexibility won out over all other considerations. I would prefer to work with traditional media and hope to get back to that one day.

What is your favorite part of illustration? Least favorite?

My favorite part of illustration is also the most nail-biting. Those first tentative sketches where you’re trying to capture something very fleeting and get it down into tangible form can be a lot of fun but also very frustrating when it is isn’t working, especially when it’s not working and the deadline is looming. Sometimes, after I get a sketch to the point where I know from experience it’s going to work, there’s a bit of a letdown because I feel that I have solved the problem. Then comes the longer job of actually finishing the painting to a commercially presentable level. I used to have more difficulty doing this but now I kind of enjoy it. To see something really come alive in great detail can be just as fun as flying around with loose sketches.

Any final words to all the aspiring illustrators, artists, and creators out there?

Draw constantly, all the time.  While sleeping, in the shower, no excuses.  Your employability and income are in direct proportion to your ability to draw.  And keep in mind my wider definition of drawing.

Learn as much as you can about how the world works – every aspect of it. Maintain your curiosity in all things. Develop especially the ability to be curious about failure instead of getting down on yourself. Maybe have the idea that the longer you work on something, the more you fail it at it and the sweeter final victory will be. Some of my professors at Art Center told me I had no business being there and I really should go do something else with my life.

I’m glad I didn’t listen to them.

Get inspired! See more fantastic work by Craig Mullins on his official portfolio.