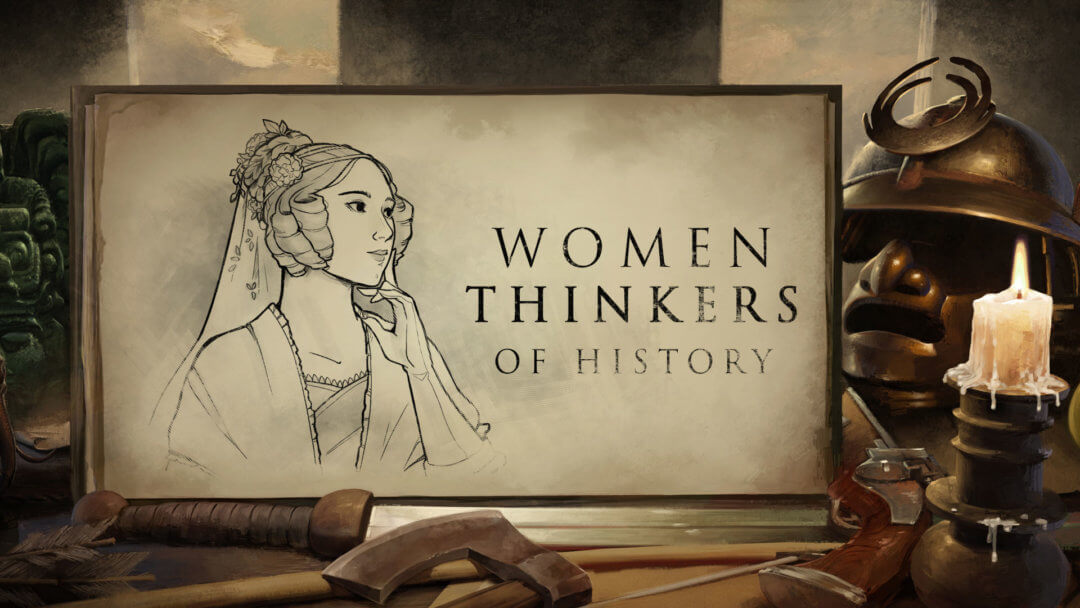 March is Women’s History Month here in the United States, which means we’ll be shining the spotlight and celebrating some of the most powerful and influential women in history all throughout the month. You’ve likely heard of some of them, learned about others in school, and will hopefully get to know others who may not have enjoyed as much prominence in the history books. Nevertheless, every one of them made their mark on the history of the world and during their lifetime!

This week, we’re celebrating a few of history’s thinkers: the big brains that made their mark on the world by making it a more thoughtful, curious place! So, we’d like to introduce you to Ada Lovelace and Hypatia of Alexandria. 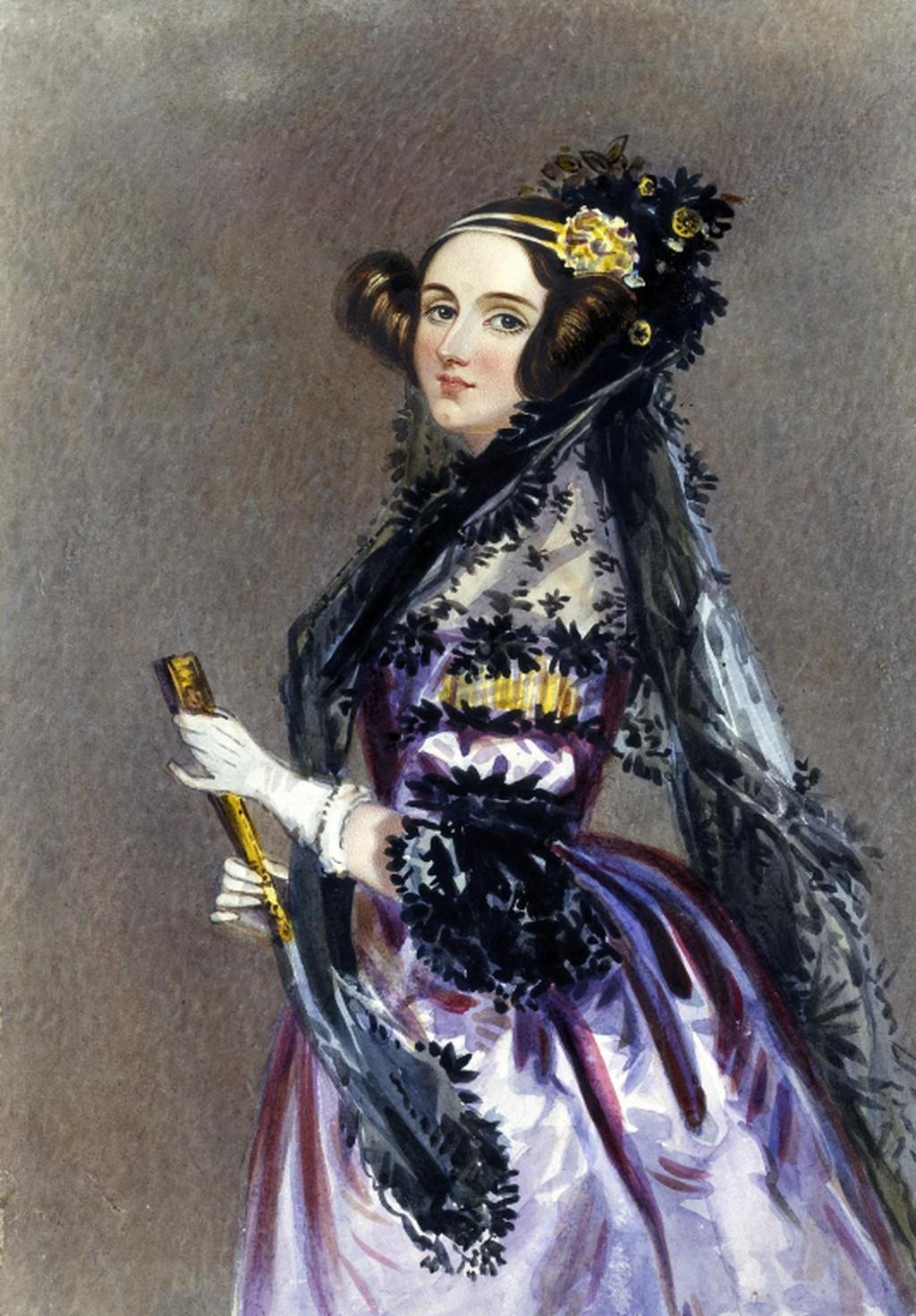 Augusta Ada Byron was born in 1815 in London to the famed poet, Lord Byron, and his wife, Annabella Milbanke Byron—an accomplished philosopher and mathematician—whom Lord Byron fondly called his “Princess of Parallelograms.”

Two months after Augusta (better known as Ada) was born, her parents legally separated; Lord Byron left Britain, never to return, and would pass away when she was only eight.

Growing up, Ada was given a first-class private education by tutors. Her tutelage was brisk-paced and closely supervised by her mother. She developed a lifelong love for learning and displayed an early interest in science—a fondness her mother approved.

At the age of twelve, Ada took an interest in flight, and a year later would endeavor to construct a pair of wings. She investigated different materials and sizes, closely studying the anatomy of birds to determine the correct proportions of body to wing. She even wrote a book called Flyology to detail her findings and drew the illustrations, herself.

In early adolescence, Ada suffered a severe case of measles that left her bed-ridden for a year and partially paralyzed until she was nearly seventeen. During that time, she was able to continue most of her studies until her recovery.

At seventeen, she was deemed well enough to “enter the world” by participating in her first London social season, where she was a popular belle. During these social occasions, she made the acquaintances of scientists Andrew Crosse, Sir David Brewster, Charles Wheatstone, Michael Faraday, and author Charles Dickens. However, the person who would have the most influence on her future was Charles Babbage: a mathematician, philosopher, inventor, and mechanical engineer. He was developing a steam-powered machine called the Analytical Engine: a device that contained most of the basic elements of a modern-day computer in the 1830’s—a century before the invention of the Universal Turing Machine. 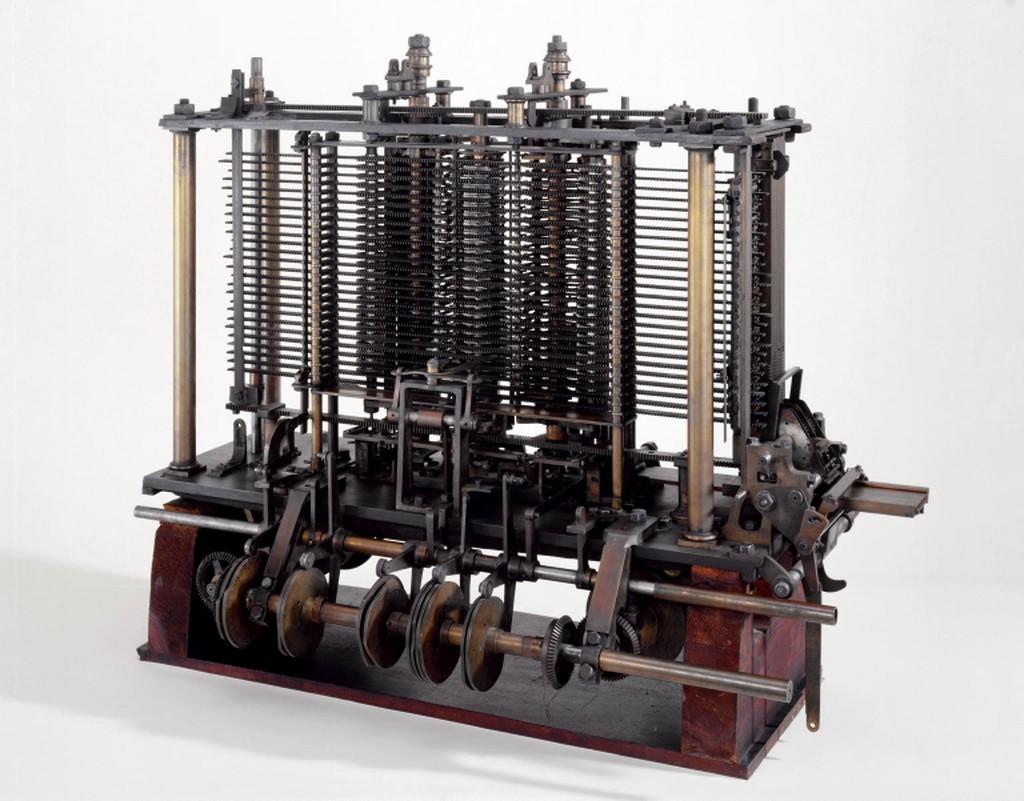 Ada was fascinated by Babbage’s ideas. He invited Ada and her mother to visit and see his work. After the experience, Ada was inspired to focus on mathematical study with the help of William King and Mary Somerville. Ada would eventually marry King in 1835, when she was 19. When he was made an Earl in 1838, she became the Countess of Lovelace.

In 1840, Ada found a mathematics teacher in Augustus DeMorgan: a key figure in the development of modern algebra and the first mathematics professor at the University of London. Ada was determined to become a scientific writer and to collaborate with Babbage. In 1843, Ada translated and annotated an article written in French by Italian mathematician and engineer, Luigi Federico Menabrea; “Notions sur la machine analytique de Charles Babbage” (1842). Her annotations were elaborate and highly detailed. She observed, “The Analytical Engine weaves algebraic patterns, just as the Jacquard-loom weaves flowers and leaves.” She wrote in-depth about how Babbage’s proposed Analytical Engine could be programmed to compute Bernoulli numbers.

The note about the Bernoulli numbers is believed to be the first published algorithm specifically tailored for implementation on a computer. Unfortunately, the Analytical Engine was never completed, so her program would never be tested.

Ada also emphasized in her notes the differences between the Analytical Engine and earlier calculating machines. She saw the potential of the machine beyond simply number crunching; she was able to anticipate the implications of modern computing more than a hundred years before they were realized.

Her dream of being a scientific writer had come true. Admirers of her work included famous scientists such as Michael Faraday, who described himself as a fan of her writing. Charles Babbage referred to her as “The Enchantress of the Number.” 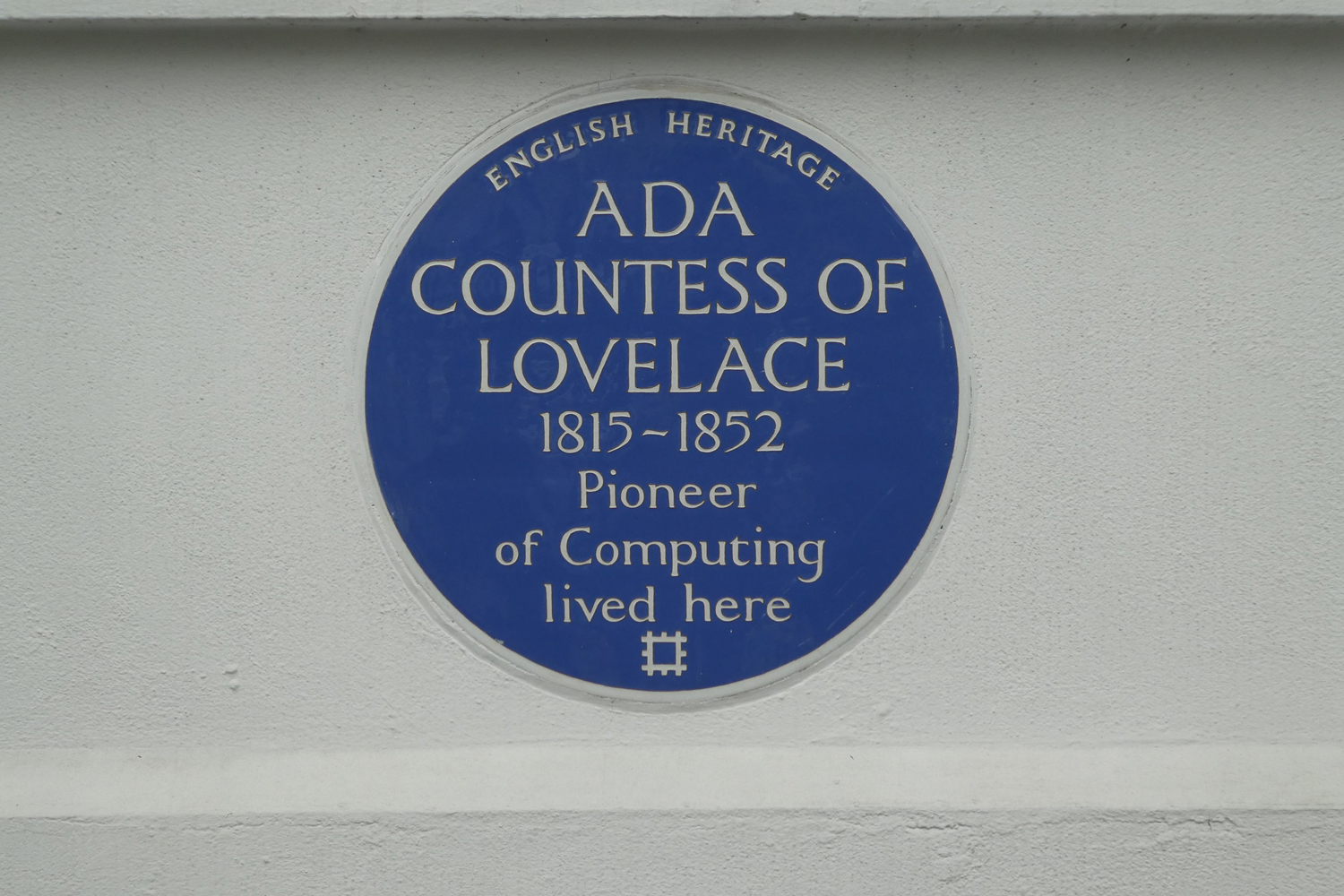 Sadly, Ada died from uterine cancer when she was just thirty-six years old. She was buried next to the father she never knew, at her request.

Ada is considered to be the world’s first female programmer. The programming language “Ada”—developed by the United States Department of Defense—is named after her. Henry Ledgard, a member of the Ada design team wrote:

“If Charles Babbage is to be regarded as the father of modern-day computer technology, then surely the Countess Augusta Ada Lovelace, after whom this new language is named, must be remembered as its midwife… It was by Lady Lovelace, the great lady of computers, who delivered the notes and loosely organized writings of Babbage, with her own invaluable amendments, to a world not quite ready to receive them.”

All over the world, the second Tuesday in October is celebrated as Ada Lovelace Day: a day to celebrate the contributions of women to the fields of science, technology, engineering, and mathematics (STEM). Many people refer to her as the Countess of Computing.

“That brain of mine is something more than merely mortal, as time will show.” – Ada Lovelace 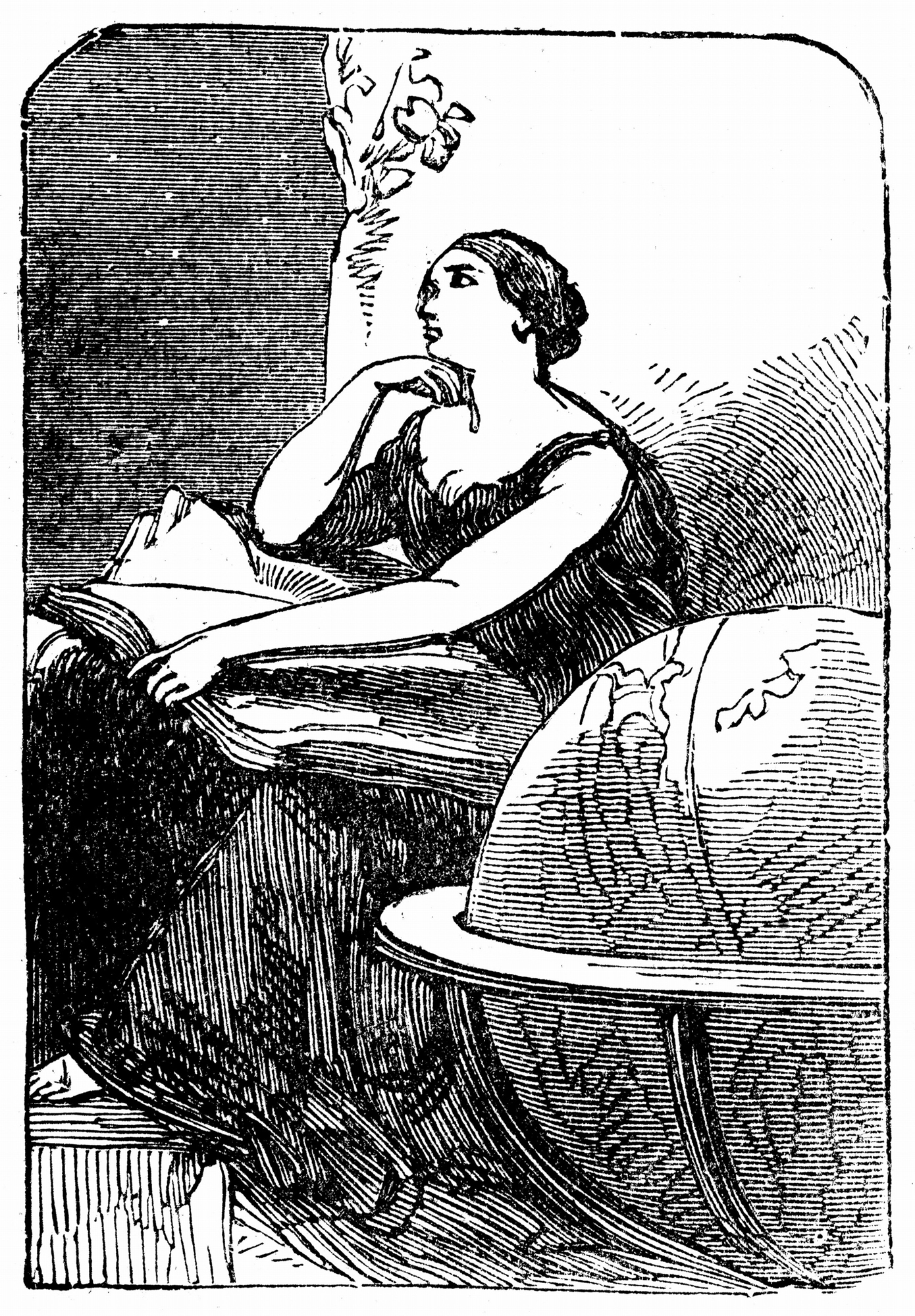 Hypatia was born sometime around the year 370 CE in Alexandria, a Greek-ruled city in Egypt.

Hypatia’s father, Theon of Alexandria, was a mathematician, astronomer, and the director in Alexandria’s Museum. One of his major achievements was contributing to the preservation of Euclid’s Elements: a series of books that outlined many fundamental concepts of math and science.

Little is known of Hypatia’s early life, but it is known that she become a renowned philosopher, mathematician, astronomer, and teacher. She was, in her time, the world’s leading mathematician and astronomer—the only woman for whom such a claim can be made—and is also the earliest female mathematician in recorded history. In fact, she was so well known that correspondence reached her that was addressed only to “The Philosopher.”

Her public lectures were incredibly popular. She often focused on philosophical topics that were accessible to her audience, which attracted loyal students and large crowds. She refused to wear traditional women’s clothes whilst teaching, and instead wore scholars’ robes like all other lecturers.

Hypatia put forward new geometric and arithmetic theories. She also built astronomical instruments. One such tool was called an astrolabe, which was used to calculate the position of the sun, moon, and stars at any given time. She also taught the practice of treating the mentally ill with music.

She was also a follower of Neo-Platonism, which encompassed a belief in a supreme power referred to as the “one.” It became popular as a religion amongst heathens who no longer believed in the old gods of Olympus.

Sadly, none of Hypatia’s writings have survived. We have gleaned what we know of her from the writings of her contemporaries and her students. Contemporary writers speak of the fine reputation of her work as a teacher. Socrates and Philostorgius record that she had students from Egypt, many European regions, Asia, and Africa. The historian, Suidas, states that the Roman governor, Orestes, sought her teaching in the art of public manners. Her contemporaries also wrote of her rare beauty and grace. This was not just a physical description, but also a comment on her character.

“Reserve your right to think, for even to think wrongly is better than not to think at all” – Hypatia of Alexandria.

Alexandria was the intellectual and cultural center of the ancient Mediterranean world for hundreds of years. For a time it was the largest city in the ancient world before being eventually overtaken by Rome. 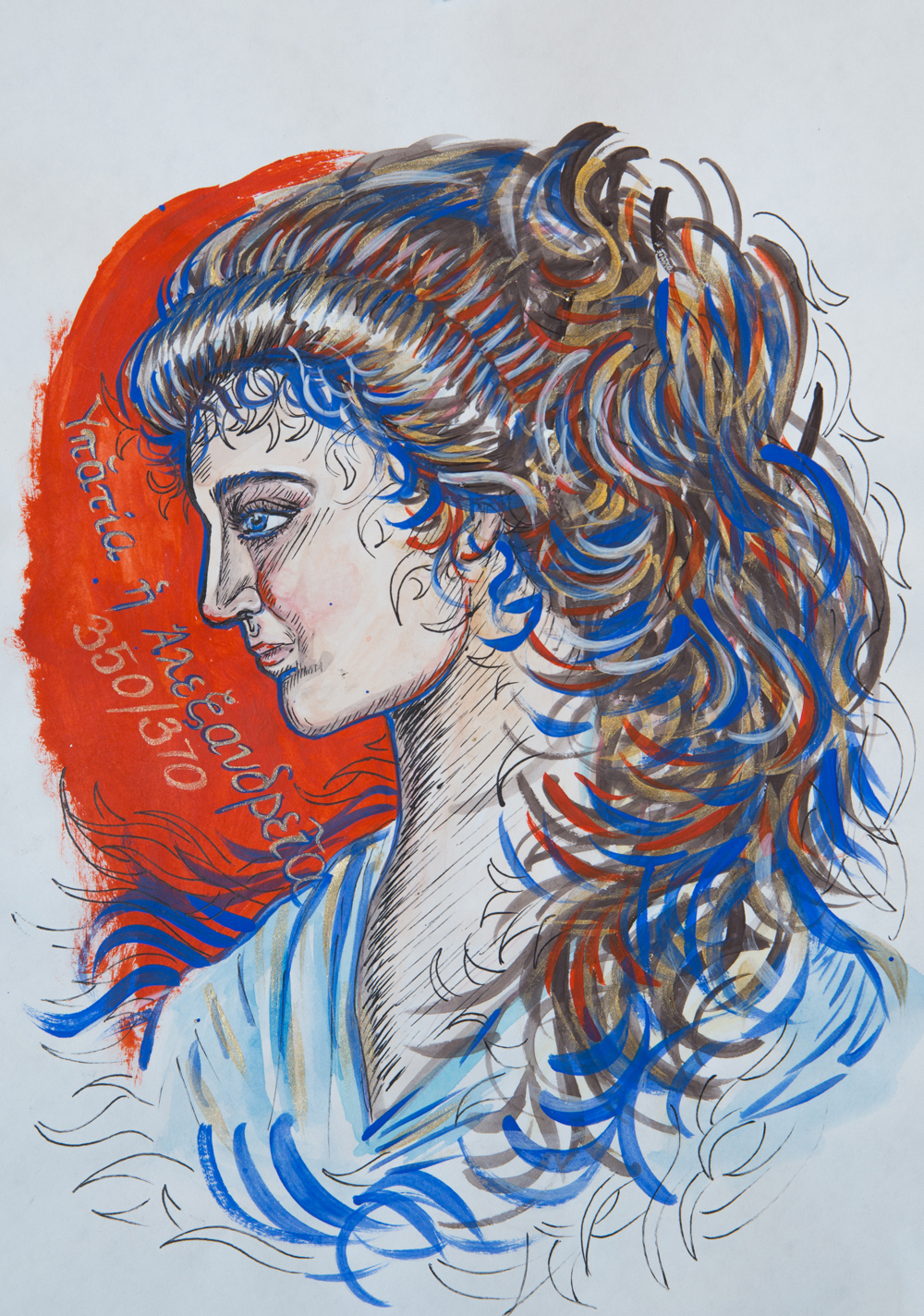 A.W. Richeson of the University of Maryland wrote in 1940, “It must be remembered that the population of the city of Alexandria in the fourth and fifth centuries of the Christian era consisted of a conglomeration of nationalities, creeds, and opinions, and that nowhere in the Empire did the Romans find a city so difficult to rule as Alexandria…The people were quick-witted and quick-tempered, and we read of numerous clashes, street fights, and tumults, not only between the citizenry and the soldiers, but also between the different classes of citizen themselves.”

As stated, Alexandria was a multinational and multicultural city. There was conflict between the city’s Christians (both orthodox and “heretical”), as well as Jews and pagans.

An early indication of Alexandria’s unrest was the destruction of the Serapeum—the temple dedicated to the Greco-Egyptian god Serapis—by Alexandria’s Christian bishop, Theophilus. Some historians believe that this act was the true end of the Great Library of Alexandria. The Library had been in decline after a fire set by Julius Caesar’s soldiers, which led to the redistribution of its scrolls and general decline of its reputation. It was believed that the Serapeum may have held some of the Great Library’s scrolls.

Records from the time suggest that Hypatia’s emphasis on the value of science and Neo-Platonism made the city’s Christian community feel threatened. Hypatia remained safe during the lifetime of Theophilus, as the bishop was friends with Synesius: a great admirer and loyal pupil of hers. However, after both Theophilus and Synesius passed away, the accession of the new bishop, Cyril, led to a less tolerant approach.

Shortly after Cyril took over the mantle of bishop, Hypatia was brutally murdered by militant Christians. The mob tore her to death—a mob that included monks armed with oyster shells. Her murder made her a feminist symbol and a figure of affirmation for intellectual endeavor in the face of prejudice.

After Hypatia’s death, there is no record of any woman mathematician or renown until late in the Middle Ages.

Selecting just a small number of women to be featured is always a difficult task, and we encourage you to discuss and share the female figures from history that impress or inspire you!

If you’d like to learn more about some amazing women of history, we recommend the following resources: 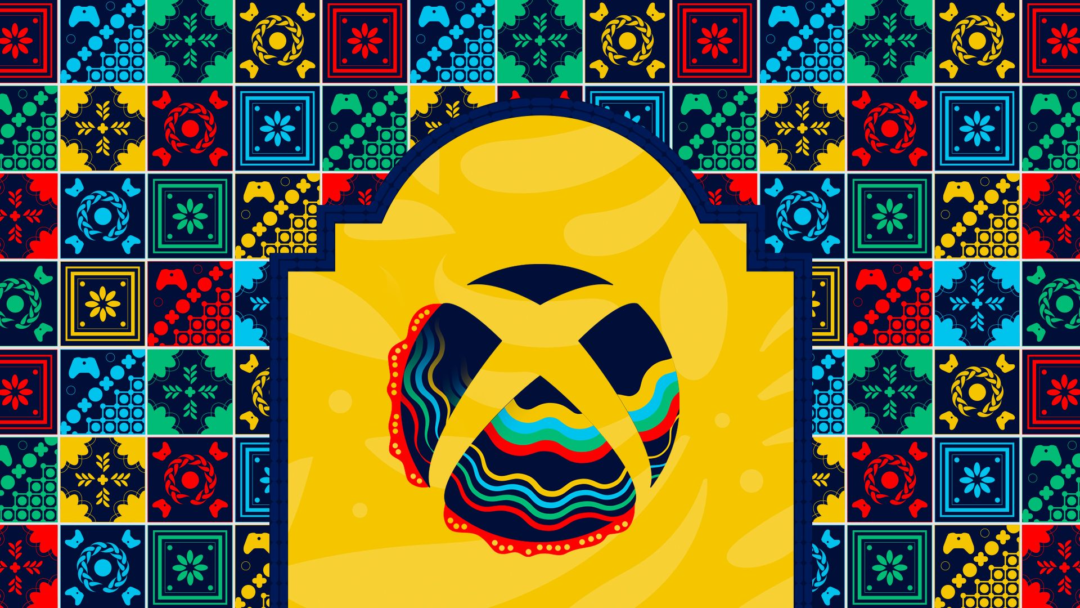 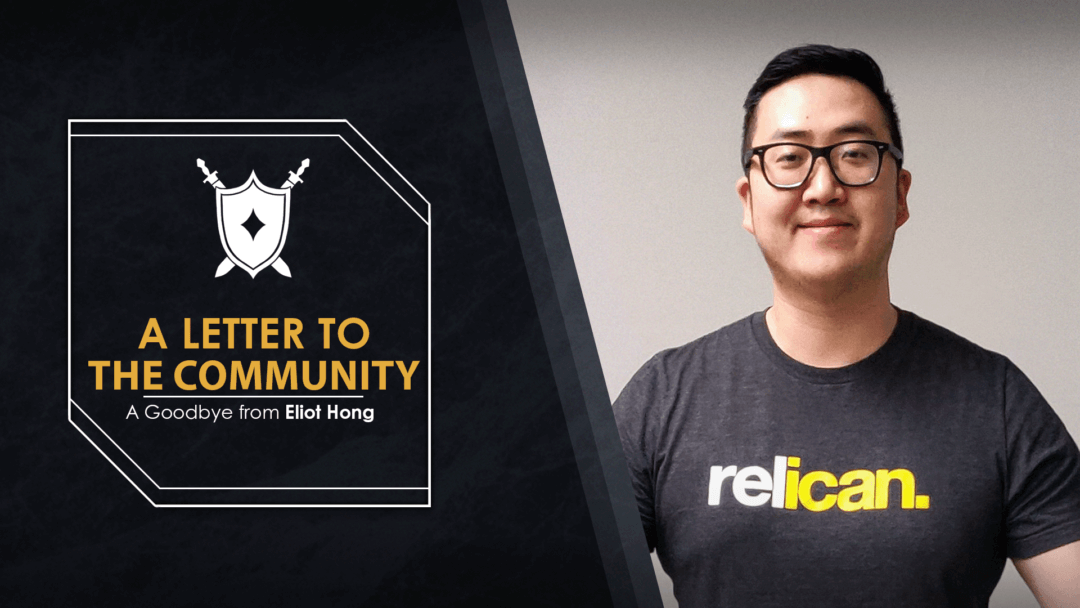 A Letter to the Community – Eliot 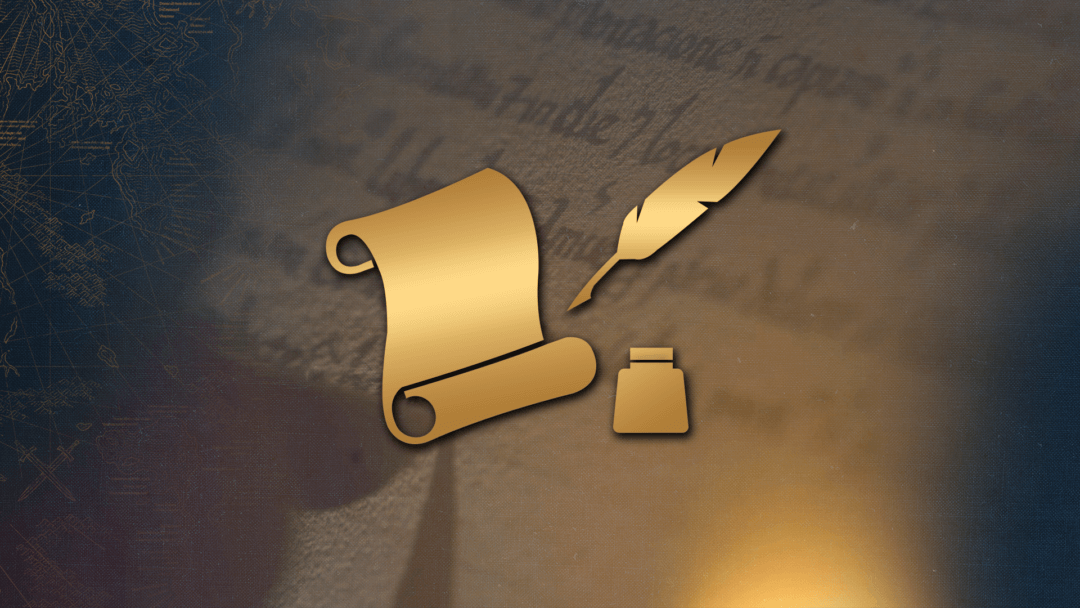