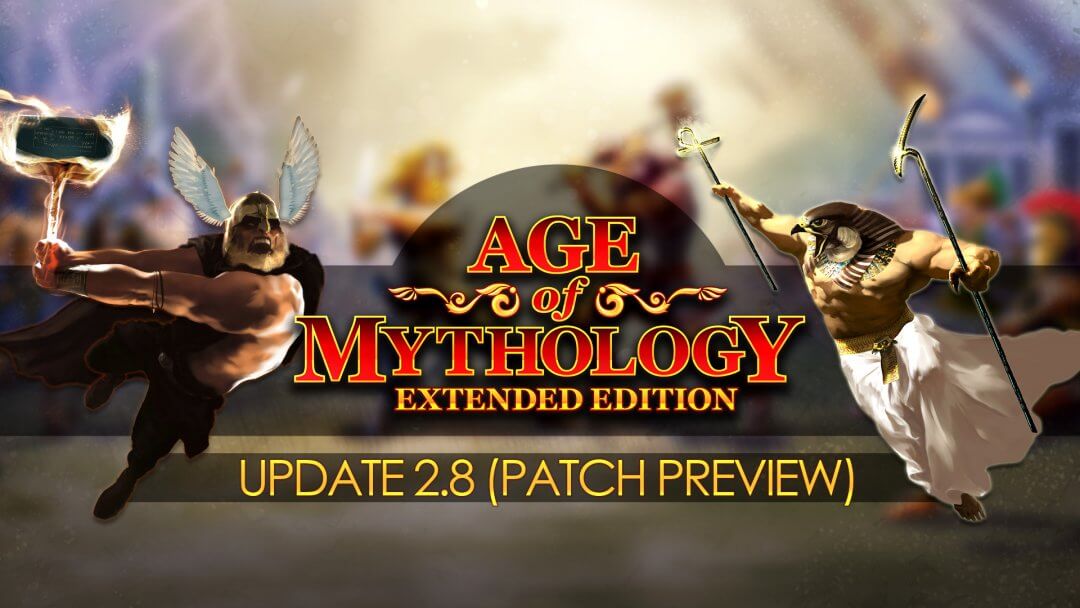 GREETINGS, heroes of old! While the heroes of our modern age fight to keep our world safe, we’re here to deliver some fantastic news for those of you doing your part by staying healthy, staying home, and staying put: a new Age of Mythology Patch Preview for game owners to download and play RIGHT NOW! The team has been working hard to pull together some big updates for the game; now we’re excited to share them with you, along with the opportunity to play and discuss your experience before they’re passed along to the live game!

Today’s build is primarily focused on the stability and performance of the game. Here are some of the highlights:

You can read up on the full list of changes below, download the new build right now (yes, RIGHT NOW!), and then visit the forum to join the discussion once you’ve had the chance to experiment with them. As this is a public beta, you are also welcome to jump onto Discord to chat with other players!

As always, we’re excited to share these changes with all of you and hope they continue to improve your game experience. And from all of us: stay safe, wash your hands, and PROSTAGMA! ❤

We’ve also added temporary network indicators to help debug network lag in the game. Here is what they mean:

Over the next month or so, we will be collecting multiplayer data and information regarding desyncs and game performance to verify that today’s changes had a positive impact on the game. To aid with this, we need a few things from those of you interested in exploring the new build:

This information will be the most useful as we continue to analyze and make tweaks to the game. As mentioned above, we also fixed some major rendering issues, so please let us know if you notice a difference or see any new visual issues as you play. Once you’ve had an opportunity to play with them, you are invited to discuss the changes with others on the official Discord or on the forum—where you can leave your thoughts about the update:

Thank you for your ongoing support and help; we’ll see you on the battlefield! ⚡