This month’s Age of Esports introduces an exciting new way to share the latest in esports: if you’re organizing an event, send us your information for upcoming events here or recently concluded events here and your event may be featured in future editions of the blog! The deadline is the first Monday of each month!

April is starting off strong with the second edition of the Two Pools Tournament, which is already well underway, as well as the announcement of a new 3v3 desert-themed tournament. With several events kicking off this month, the spotlight is shifting to team and Deathmatch events after shining bright on the 1v1 matchups of Hidden Cup 4 in March.

The next major tournament of 2021—LidaKor’s Two Pools 2 Tournament—harkens the return of amazing 2v2 team games with a unique twist; in every match, each team will select their civilizations from two pools: one they drafted and one drafted by the opposing team! This leads to unconventional civilization match-ups featuring many civilizations rarely seen on the competitive scene!

LidaKor hosted the first Two Pools Tournament back in 2019 (on Age of Empires II: HD), where MbL, Nicov, and Hera defeated TheViper and TaToH in an incredible best-of-seven series which not only came down to the wire, but featured one of the craziest plays of the year: a double boar lame with counter blocking!

Eight teams were invited to the event based on past tournament performances:

They’ll be joined by another eight teams who enter via the qualifiers:

At the end of March, the top five players on the Age of Empires III: Definitive Edition ladder will be invited to join the second Table Topper event. First place will secure a bye directly into the final, while the remaining players will fight it out to join the show match!

Here are the players who have already earned their chance to compete:

The fourth installment of the famed Death Match World Cup tournament series is back, this time boasting a $10,000 prize pool donated completely by the DM community.

In 2019 TheViper secured the DM crown and a back-to-back win in DM World Cup 2 after placing first in the DM World Cup 3 in 2020. Now, can TheViper continue his dominance in DM for a third straight year? Will an old-school DM player such as Jidba or  Daywalker take the trophy back to the DM community? Can TheCode finally breakthrough and take the crown?

Or, perhaps, we’ll see a new player rise up and surprise us all… Tune in to find out!

The competitors for the main event are ready to play, but there is still time to sign up for the silver league. If you want to try your hand at the Deathmatch game mode, this is the perfect event for you. Make sure you join the Death Match community Discord, where there are plenty of players willing to assist you in learning the build orders and strategies you need to conquer your foes!

Deserts: where no Dark Age civilization would settle; and yet, they’ve become the most popular battlefields to fight for the crown in Age of Empires II: Definitive Edition! The great Battle of Africa and King of the Desert tournaments have become traditional events in Africa’s arid wilderness. Now, for one month, the community is breaking out of Africa to populate every continent!

Introducing the World Desert Championship: a $5,000, 3v3 tournament that takes place on various desert maps from around the world—along with a bit of 1v1 action during the event. Classic maps will be played alongside brand-new battlefields built by Cebdos, Chrazini, HenkDeSuperNerd, TheMadCADer and Zetnus. Maps will even have a fixed pool of civilizations to fit the desert region of the world they represent.

Registration closes on April 9th, so there isn’t a lot of time to secure your spot!

The Great British Battle Off 2021 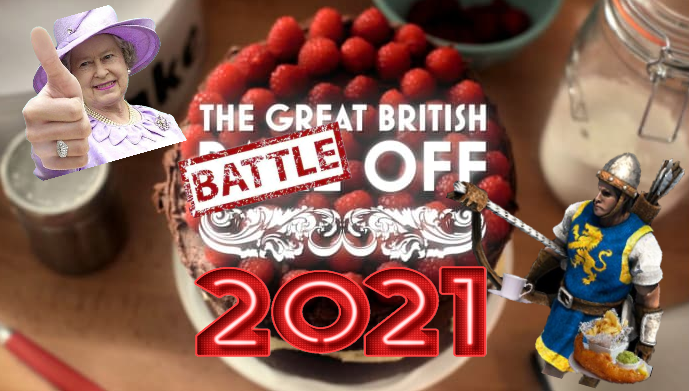 Another installment of the Great British Battle Off—also known as the UK  Cup—has arrived, where players will fight for honor, glory, and their share of the £895 prize purse. The 1v1 competition aims to discover who will reign supreme in Age of Empires II: Definitive Edition and the British Isles.

With the return of Bling_ and rising talents in Recon, Steak, and darvoi (among others), can anyone contend with the current champion—Hallis—or will he be able to defend his crown?

Hidden Cup 4 was in the spotlight for March, but it wasn’t the only event to wrap up this past month. The Queens Clash—celebrating International Women’s Day 2021—and European Rumble—an event that focused on <2400 rated players from Europe—also came to a close with newly-crowned champions.

Hidden Cup 4 has come to a close, and what a rollercoaster of emotion it has been! With a new peak for the most viewers during an Age of Empires II: Definitive Edition exclusive event and the largest prize pool of any event since 2014, Hidden Cup 4 made huge strides over the previous events!

Hidden Cup 4 featured renowned pros such as TheViper, Liereyy, Mr_Yo, DauT, but no one could have anticipated the comeback king, JorDan_23 (yes he’s really back!), to secure a spot in the final! For the entire weekend, everyone was going crazy trying to determine the secret identity of Admiral Yi Sun-Shin: their gameplay was sublime, only losing 3 games on their way to the final.

Unfortunately, he would fall at the final hurdle: losing 1-4 to John the Fearless, who would be revealed as the legend, Hera! Following a tremendous 2020 as the runner-up in no less than three major 1v1 tournaments, Hera is starting off 2021 even stronger: taking his first S-Tier tournament victory and walking away with a first-place prize of $16,890!

Congratulations to Hera for emerging victorious! 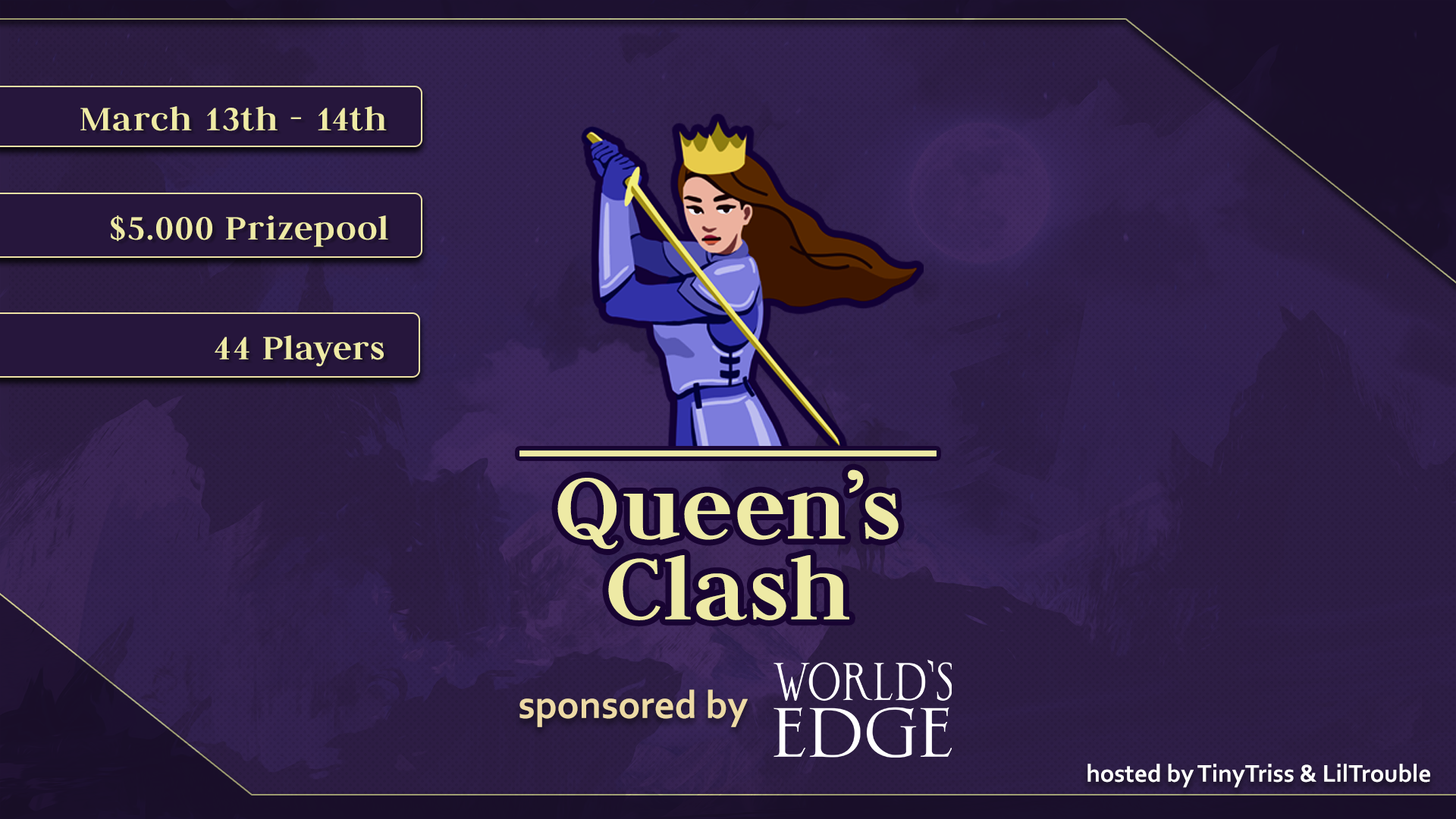 To celebrate International Women’s Day 2021, the Age of Queens community organized an Age of Empires II: Definitive Edition event featuring 44 participants and a prize pool of $5,000! It was fantastic to see so many fans and viewers come out to support the event!

Both the gold and silver leagues played host to some amazing games throughout the event!

In the Gold League, Gabi, Lavie_Head, Ofelia, and ashleylynn rose as the most accomplished queens within the community: sweeping all before them to make it to the finals, where Gabi was able to defeat Lavie_Head 4-2 in an incredibly close set!

The Silver League was an event full of storylines: with upsets galore and an incredible tournament run by Kaaaai_. After a tiring 3-2 semifinal versus Flor_13, Kaaaai_ was trailing 0-3 against Tileä, but managed to go into overdrive and pull off a remarkable reverse sweep—capping off an outstanding performance where she had to play 12 games in an afternoon, being pushed to the absolute limit in every match!

A huge congratulations to everyone who participated, and to Gabi and Kaaaai_ for securing their crowns!

Over the March 27-28 weekend, the European Rumble, hosted by OGN_Empires, held its main event with the eight players who emerged from a tricky qualification phase. There, they battled fiercely for a shot at the 3,500 € prize pool—funded entirely by five of OGN’s viewers.

The tournament was open to all European players who had not yet reached 2400 on the Random Map ladder, thus giving a chance for many pros to shine in the absence of the top players who have dominated the competitive scene over the past few years. The event was split into two parts: a 24-player round robin group stage followed by an 8-player single-elimination main event.

The European Rumble was played on a map pool made of proven maps returning from OGN’s previous event, the French Rumble, and some new ones specifically designed for the event. Most of the maps offered a hybrid balance, with players competing on both land and water, and provided options for a vast array of strategies. Players had to draft maps and civilizations for their set, adding an extra layer of strategical thinking rewarding preparation.

This was OGN’s largest event so far—and one of his most successful—with the live stream drawing in around 2,000 viewers during the final event.

The group stage featured some brilliant sets and some notable upsets. Tournament favorites such as the top French player, Sitaux, and top player, LaaaaaN, ended up failing to qualify, while players such as PROject_Belgium and Valas won all of their sets in a convincing fashion. After weeks of competition, eight players qualified for the final phases:

On Saturday, the favorites proved too good for their challengers: with Vodka_L, Valas, Zuppi, and PROject_Belgium easily going through to the semi-finals.

Sunday, however, was a different story. Showing nerves of steel, Vodka_L found a way to come back into his match after losing the first game to a dominant performance from Zuppi, and qualified for the final after a 3-1 victory. On the other side of the bracket, PROject_Belgium and Valas traded blows in long, hard-fought games, culminating with PROject_Belgium’s eventual victory after a tremendous game on the map “Dune du Pilat” (named after the tallest sand dune in Europe, located southwest of Bordeaux, France).

The final event was the climactic ending viewers and casters had dreamed for: PROject_Belgium started strong, claiming the first two games, until Vodka_L found, again, the strength to come back and score three consecutive victories. PROject_Belgium tied the set 3-all by winning Arabia, but Sunday was all Vodka_L’s. Winning the decisive seventh game, the number one player from Italy took the title—his first at this level of competition. A match for third place was played as well, with Valas beating Zuppi for the bronze medal.

Congratulations to Vodka_L on his victory, and to all the competitors for putting on an amazing event!