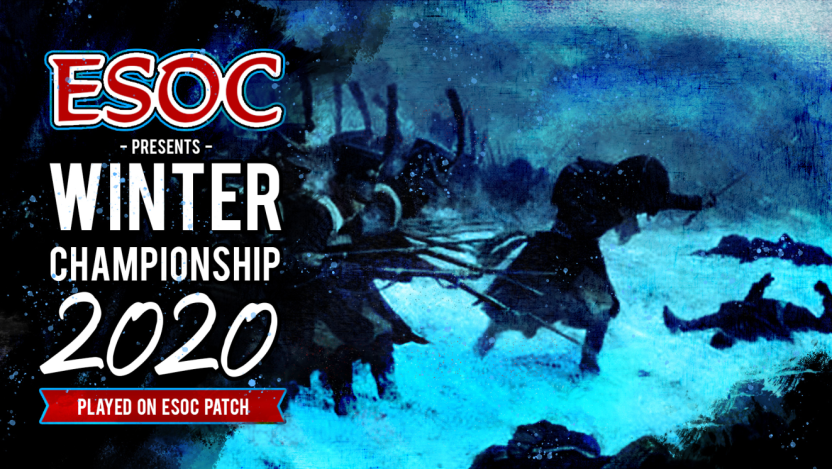 The 2020 ESOC Winter Championship for Age of Empires III: The Asian Dynasties is nearing its epic conclusion after almost a month of fierce competition. For those who may not be familiar, this Winter Championship is the ESO Community’s biggest seasonal tournament yet with up to four divisions (Pro, Advanced, Intermediate and Beginner) so that players of all skill levels can partake in it. The total prize pool is $3000 funded by generous donations from AoE3 fans and our tournament uses a new, community-made patch named EP7 to improve the balance of the game. The tournament also follows the same basic format used in last year’s New World Championship, in which the victor of one game cannot choose the same civilization they won with for the rest of the series and must pick their civilization first for the following game. This set of rules is specifically designed to test the player’s knowledge of AoE3‘s 14 different civilizations and ensure a diversity of play styles all throughout the tournament.

So far in the Pro Division, we have seen several major upsets over the last few stages. In the Round of 16, our #2 seed for the tournament and the winner of 2016 Autumn Championship, lordraphael, was eliminated by the #15 seed, a rusty veteran named snowww who was also the winner of 2018 Autumn Championship. However, snowww himself was soon knocked out in the Quarter-Finals by an up-and-coming star known as Lukas_L99. More recently in the Semi-Finals, the #3 seed Hazza54321 soundly defeated our #1 seed and the winner of two ESOC Grand Tours, Kaiserklein, to the dismay of many bettors. The second match-up of the Semi-Finals between Mitoe and Lukas_L99, who are the #6 and #7 seeds respectively, was delayed due to a storm in Europe that affected network connectivity, but once they played, Mitoe took the round 4-0. The Grand Finals will likely be held this weekend between Hazza54321 and Mitoe.

Tune in to ESOCTV to root for your favorite player!

Meanwhile, some of those players knocked out in the Pro Division have been making a comeback in the Advanced Division. Under tournament rules, players who were eliminated in their initial division are allowed a second chance to compete in the next highest division. As a result, lordraphael routed his opponents during Round 2 and the Quarter-Finals with clean 3-0 sweeps, which has brought him to the upcoming semi-finals against The_LastSamurai, another player who had been relegated from the Pro Division. On the other hand, the #18 seed Lecastete scored a major upset in this division versus the #12 seed SoldieR during Round 2 and proceeded to be knocked out in the Quarter-Finals by PrinceofKabul. The Semi-Finals are coming up featuring The_LastSamurai vs LordRaphael and PrinceofKabul vs KINGofOsmane.

Last but not least, we have more exciting news from the Intermediate and Beginner Divisions, where the real heroes are at. The competition in the lower divisions has been just as cutthroat as the upper divisions, if not more, with 256 sign-ups between the two divisions. The Semi-Finals for the Intermediate Division will begin with a match-up between Mongobillione and hatamoto_samurai. Both of these semi-finalists are strong players who, despite starting from the bottom with the Qualifiers, managed to win against their higher seeded opponents and even against drop-outs from the Advanced Division during the previous rounds.

Concurrently, the Round of 16 is just finishing up in the Beginner Division, with Round of 8 starting up.

There is a lot to keep up with, so be sure to check out our website eso-community.net for an updated tournament schedule and our Twitch channel ESOCTV as well for casted games!

A Tournament of Every Color