Happy Monday, Age fans! Are you ready for another “History throughout the Ages” blog? Last week, we looked at a unit from AoE II HD: The African Kingdoms, the Shotel. Today, we’re exploring a unit that can be found in several games of the AoE series, namely the Helepolis.

According to Paul Bentley Kern’s book Ancient Siege Warfare, Demetrius I of Macedon, or rather his lead engineer, Epimachus of Athens, was responsible for the helepolis (243). He decided to use the helepolis (“taker of cities”), the biggest siege weapon in the history of siege combat, after he had failed twice when trying to attack the enemy harbor. The helepolis was supposed to attack Rhodes, instead of isolating it. The weapon was made of timber and iron and 150 feet (45.7 m) tall. While the lowest level was a 65 feet square, the level’s size decreased upwards the top. There was protection against fire from three sides through iron plates and enough room to transport catapults. A smaller model had catapults on the middle and top floors that fired through ports that could be closed with mechanical shutters. The massive weapon was pushed through crossbars inside and from the back, with room for 1,200 soldiers that could push at a time. 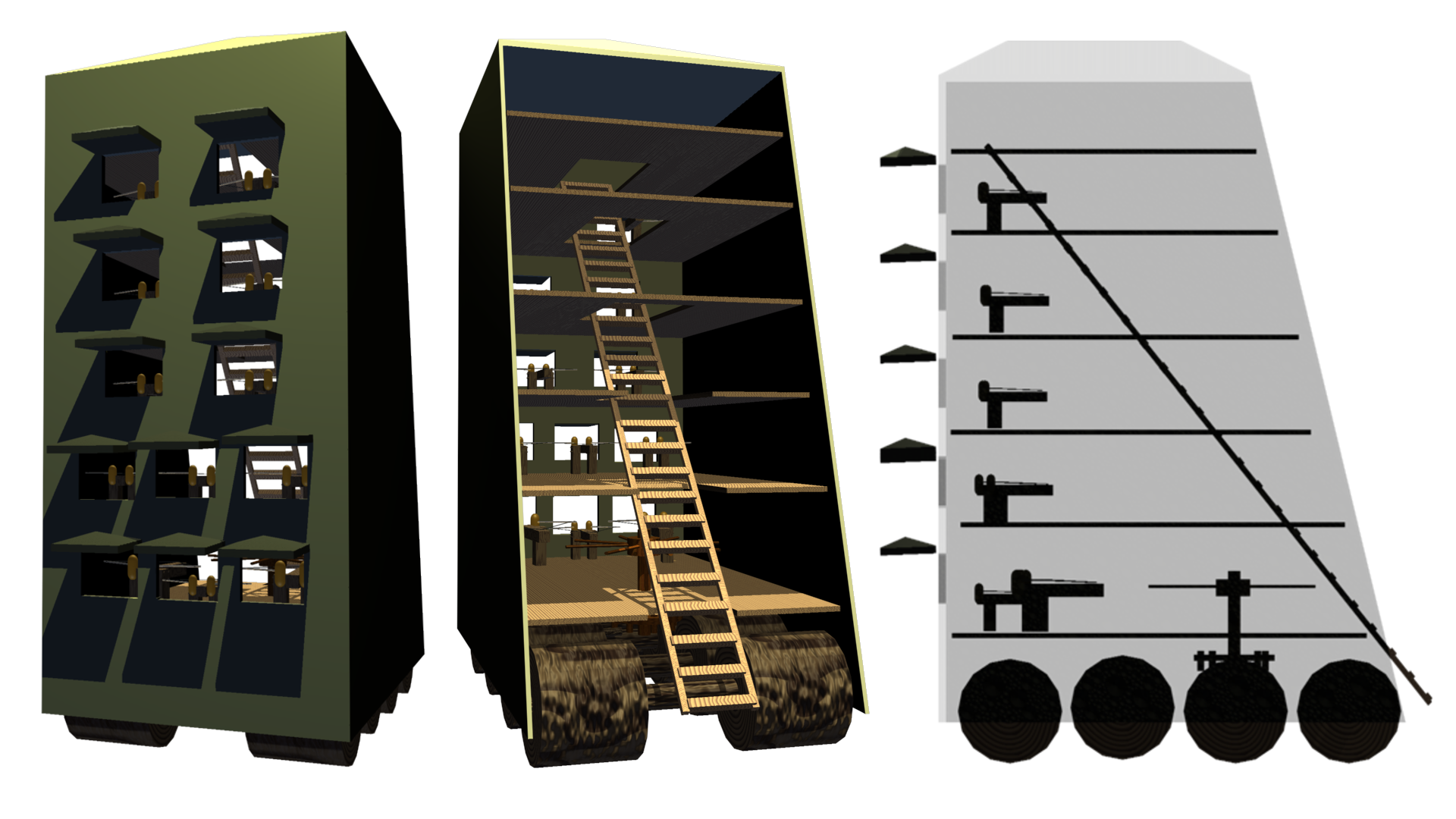 Warry mentions an even larger amount of men pushing the helepolis, namely 3,400. Despite using this impressive weapon, John Warry writes in Warfare in the Classical World: War and the Ancient Civilisations of Greece and Rome that Demetrius failed to indeed take the city, as the name of his weapon had implied, and decided to come to terms with the Rhodians instead. The fragments from the siege weapon were used to build the Colossus of Rhodes in the harbor entrance.

What do you like about the helepolis (real or in-game)?

Age of Empires 2020 in Review: with Shannon Loftis