International Day of the World’s Indigenous Peoples was created to commemorate and shine a light on the thousands of Indigenous cultures around the world sharing a common problem: their unique ways of life, traditions, and languages are under threat; and sometimes extinction. Two years ago, the World’s Edge team realized that we needed to more accurately depict Indigenous North American civilizations shown in Age of Empires III: Definitive Edition. To guide us on this journey, we partnered with SMEs (Subject Matter Experts) from the tribes represented in the game. These men and women ranged from a young First Nations linguist devoted to keeping his people’s language alive, to a respected Native American tribal elder who has spent a lifetime preserving and practicing the art and traditions of his culture.

The World’s Edge team learned much on this journey, and many changes were implemented, from art, to in-game voices, storylines, and game mechanics. We corrected the names of the Indigenous North American civilizations in the game to the names the tribes call themselves; not the ones given to them by European invaders. Therefore the Sioux (“snakes”) are now the Lakota (“friend, ally”), and the Iroquois (“real adders/snakes”) are the Haudenosaunee (“People of the longhouse”  Phonetic pronunciation: “Ha-di-no-shoe-knee” ).

Our lead cultural consultant Anthony Brave was asked to review the gameplay and campaigns in which Indigenous North Americans were portrayed. Based on his feedback we removed magical properties from Indigenous units because these portrayals dehumanize Native Peoples. Anthony also entirely rewrote the Shadow campaign so that it was from the point of view of a Native American; and one of the actors (Tokala Black Elk) who played a Lakota tribal elder in Anthony’s new storyline brought his own background and heritage into this depiction. 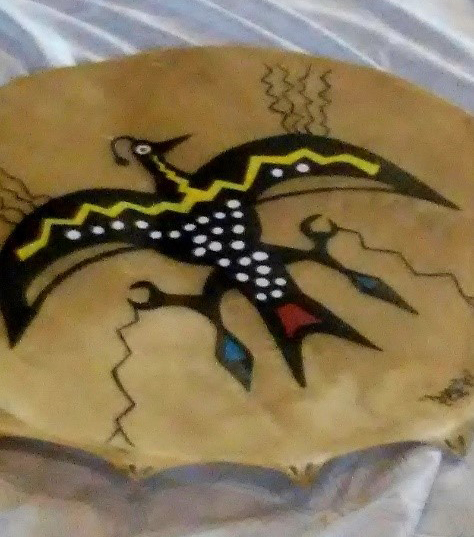 Thomas Deer, a Mohawk cultural expert (as well as a comic book artist), wrote up a detailed analysis of the Haudenosaunee Home City with fixes for art, artifacts, and regalia. He asked us to remove the Shaman character from this tableau, not only because the personage was incorrectly named, but because depicting a Holy Person or Medicine Man is disrespectful to their culture. This also prompted the removal of this character from the Lakota Home City after the same request from our Lakota SMEs. Ro’nikonhkátste Norton, an Iroquoian language expert, rewrote the Haudenosaunee dialogue and voiced the in-game Haudenosaunee male villager.

The Lakota elder Cedric Good House told us many fascinating details about his culture and history, as well as stories about the stark reality of life on the reservation. He also provided our artists with photographs of personal artifacts so that we could accurately depict his people’s heritage: a grinding stone that is an heirloom of Cedric’s family and a Thunderbird drum that he made and hand-painted are both recreated as digital artifacts in the Lakota Home City. Cedric wanted his grandchildren to be able to play this game and see a realistic portrayal of his people and their ways—the beauty and dignity of their ancient culture.

There is so much more for the team at World’s Edge to learn as we continue representing civilizations in the Age of Empires franchise, especially when depicting Indigenous or marginalized civilizations who have had their voices diminished by dominant cultures, or their stories systematically erased from history. It is our great honor and joy to work with cultural experts from around the world to accurately and respectfully celebrate Indigenous Peoples, and we will continue this exciting journey into the future of Age.

If you would like to learn more about our amazing SMEs, or find out other ways you can contribute to Internation Day of the World’s Indigenous Peoples, please view the following blogs and websites below. Special thanks once again to Anothony Brave, Cedric Good House, Ro’nikonhkátste Norton, Tokala Black Elk, and Thomas Deer for all your knowledge, information, and guidance!