We recently sat down with Adam Isgreen and asked him to write a piece for the fans of Age of Empires II: Definitive Edition as our launch date looms closer. What we got was… this loving masterpiece! Have a laugh with this fantastic writing by Adam and maybe send him some of your own Age related memes!

From Adam To You:

When our community team asked me to write a piece for the upcoming launch of Age of Empires II: Definitive Edition, naturally, I said “sure!” and then paused… what to write about? There are so many aspects of Age II that I’ve loved for such a long time that writing about one of them over another felt like an impossible decision to make; I lost sleep over trying to decide on what aspect of the game I should talk about – Development stories? Early memories of the game? The struggle between preserving what was great about Age II but trying to modernize at the same time with the DE? Delightful (no, not really) stories about working with a 20-year-old engine? I couldn’t decide.

I stepped back and thought about what Age II and the Age series has given me over the years, and the one thing that I always came back to are the memes. Memes are silly, irreverent and (most times) celebratory, coming from a love of the source material yet poking fun at it at the same time. I sometimes think of them as a bite-sized version of the “15 minutes of fame” idea: everyone will experience “fame” for at least 15 minutes sometime throughout their lives.

Many of the sources of memes are outlived by the memes themselves. Good or bad, it’s how we remember things and accelerate the conversation around them, even when the source isn’t in a hot topic any longer.

When it comes to memes and Age, I’ve always been impressed with the creativity around the memes and the wide spectrum of them. Everything from game logic, to visuals, to history, and even the cheats have found their way into the meme world. I take this as a compliment not just to the lasting power of the game, but the many ways in which people love Age of Empires and the various ways of play and interaction that players have had with the game over the last 20 years.

So today I thought I’d share some of my favorite Age memes, with random commentary on what they mean to me.

What’s in that berry bush? 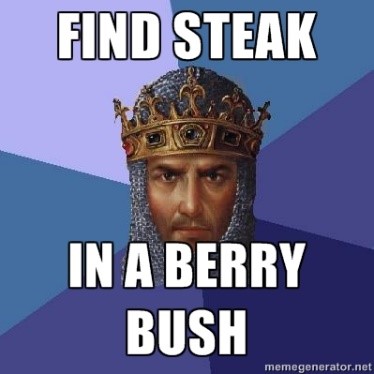 Well I mean really – from their point of view, wouldn’t you rather be eating a steak than some questionable berries off a random bush? While sure, Cedric didn’t fall over dead the other week from eating one of those off that bush – and the purple mottling he developed all on his face can be rather striking if it catches the light just right – we need to eat and they’re a good source of fiber, right? Right? Hey, where are you going?

Have you noticed the lack of squirrels and other small rodents among the fauna in Age II? Best not to look too closely at just what your villagers may be collecting from those bushes… “steak” in quotes for now. 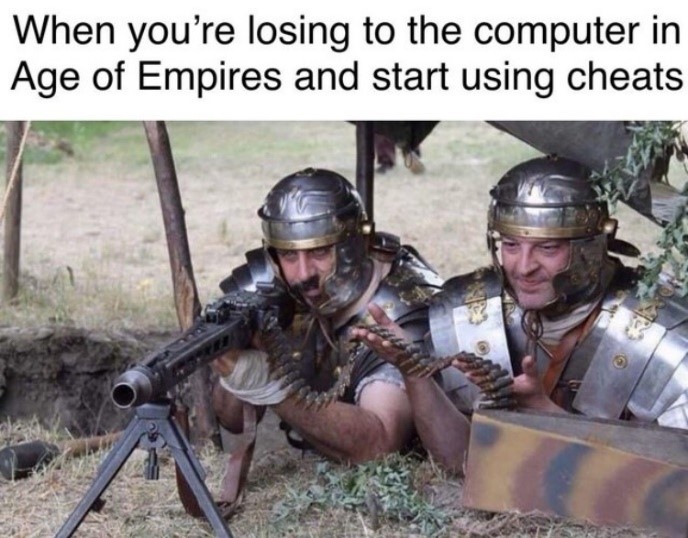 There’s nothing more fun than putting together a great strategy, planning, nurturing it, and finally enacting it… only to watch it completely and utterly fall apart because you forgot to put your gate on lock and that trade cart just opened– and that darn PRIEST THAT JUST CONVERTED  A FRIGGIN’ ELEPHANT I MEAN WHA—

Console: HOW DO YOU TURN THIS ON

I’m in my happy place; this was all part of my brilliant plan anyway.

When it comes to cheats, I have a very simple mantra: if they’re not hurting anyone else, why not? I’m happy to say we’ll continue the tradition of offering fun cheat codes for solo play in every Age game we do. They’re a tradition at this point.

WOLOLOOOOOO (did you hear it?)

Ok, ok for those of you paying attention, you’ll know that WOLOLO as a sound effect is not in Age II… or at least it wasn’t. I’ll leave it up to you to see how we may have snuck it into Age II DE…

What I love is how the conversion mechanic the priests have is something we’re always after in game design: high-risk high-reward units that have tremendous payoff for a player and can generate some very clutch moments in how games can swing. While being on the losing side isn’t always fun for the player, it’s certainly a moment that gets every players’ blood pumping when elements like this are in play.

Rules? Who has time for rules? 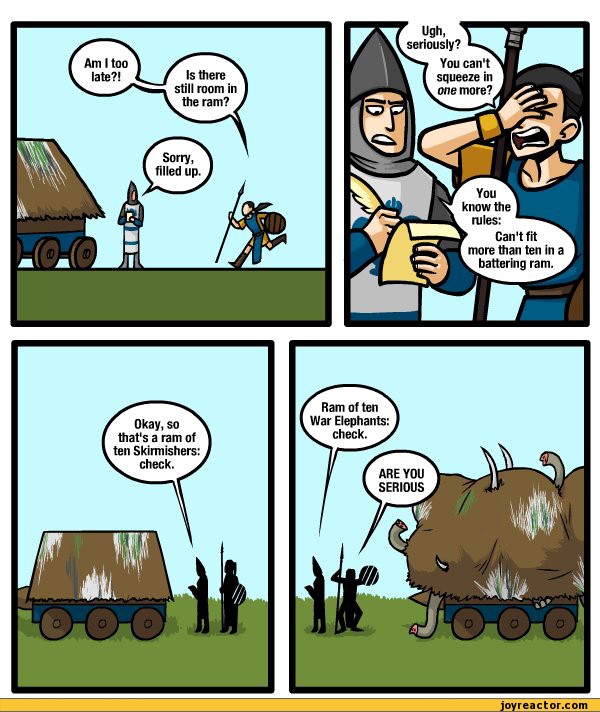 Game rules rarely represent reality correctly, and many times we find that we need to make concessions when building them in order to keep the rules and logic “sane” without having to special case all kinds of things… like elephants and such.

While this has been addressed in other RTS games by having transport size accounted for with different unit types, it was something that we didn’t feel was a good change for a game like Age, as what was important to us was to preserve the logic that people had become accustomed to over the years.

You’d be surprised at the design conversations that come up around game elements like this, and how easily these conversations can “rat hole” (i.e. burn time chasing down what can be perceived as a trivial issue) because we all know there’s a disconnection to reality that we’d like to solve… yet the non-solve is sometimes the best answer.

To be honest, even if we had a similar situation in Age IV, I don’t know if I’d want to solve it or not.

It’s all in the History…. 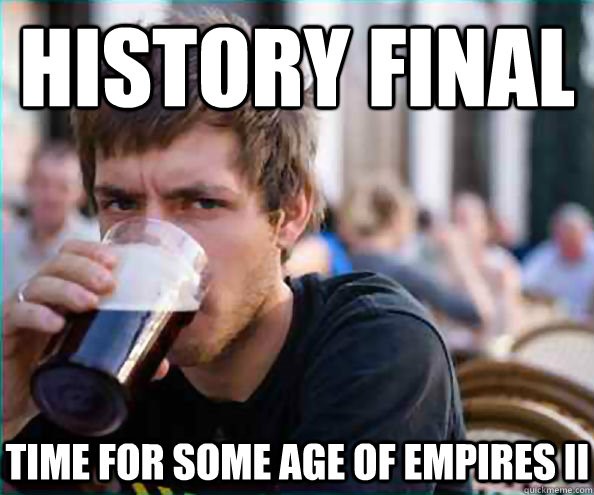 Finally, it comes to this. History is important, and accuracy of history is even more so for us that are dedicating our daily lives to creating great Age of Empires experiences. We’re honored that even in jest, people use our games as reliable sources of historical information… which may or may not be of great use to them on a final… inebriated state notwithstanding. We take the idea of presenting accurate history very seriously and utilize subject matter experts and historians in our research when exploring all the aspects of the great cultures our games represent. It’s important we don’t just get the general ideas right, but the specifics as well!

I’m fond of saying that “history is only as interesting as the person who taught it to you” and we’re striving with Age II DE (and all the Age games, really) to do right by history and deliver a compelling experience for people that want to have a great time with a game… and maybe learn something on the way!

Shameless plug: There’s over 200 hours of (now more accurate!) campaign content in Age II DE. 200 hours! And that’s only if you win every mission in every campaign on the first go! It’s a lot of history (all narrated and updated) in one package!

While there’s a hundred other memes I could talk about in the context of Age, I think I’ll leave it at these for now. I love how the gaming community has embraced Age of Empires in all its incarnations (the DS game is great too!) throughout its 20-year history. We hope that with Age II DE and all its improvements and features that we continue to demonstrate that we’re committed to Age of Empires and in making the best possible game we can. We’ve got under a month to go at this point, but the release of the game is just the beginning. We look forwards to supporting Age II DE long after launch… and hopefully generating some new memes to go alongside the wonderful ones that already exist.

Now only if I could find a meme to deal with getting a game ready to ship. Hmm…

Inspired to get your hands on Age of Empires II: Definitive Edition? You can pre-purchase the game on the Microsoft Store or Steam and prepare to play on November 14th! (Also coming to Xbox Game Pass for PC!)

Year in Review: The Age Insider Program in 2019