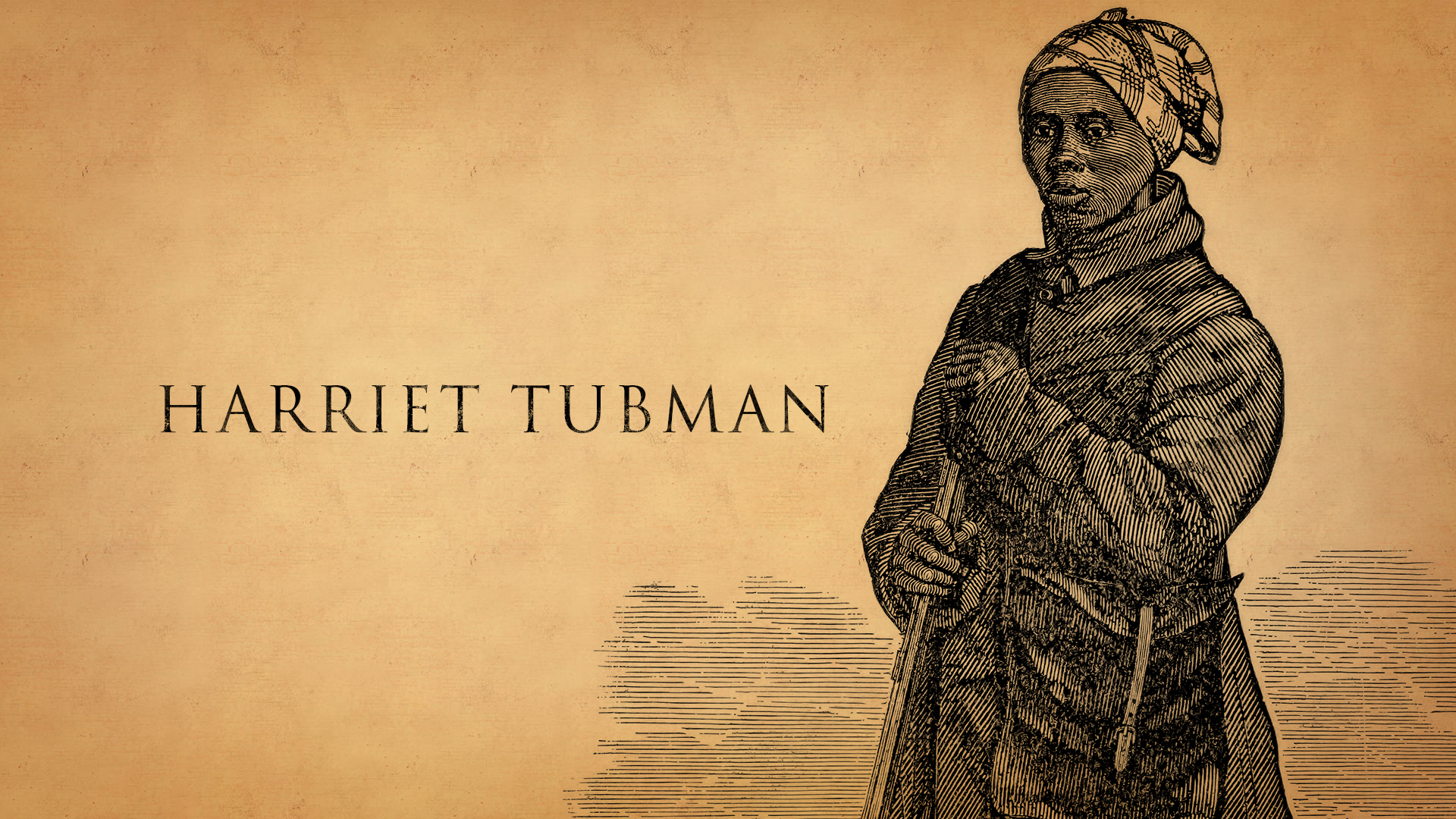 In honor of February being Black History Month here in the USA, we’ll be sharing stories of Black individuals who contributed to the formation of America as we know it. Today, we’ll introduce you to Harriet Tubman: one of America’s most renowned Black leaders and historical figures!

“I never ran my train off the track and I never lost a passenger.”
—Harriet Tubman

Araminta Ross was born to Harriet “Rit” Green and Benjamin Ross, who affectionately called her “Minty.” The family labored at a Dorchester County plantation. The couple had nine children, but the institution of slavery often tore families apart; to honor her mother, who desperately tried to keep the family together, Araminta later changed her named to Harriet. Harriet Tubman would become an abolitionist, a conductor of the Underground Railroad, a women’s suffrage supporter, a Union spy, and an icon of United States history.

Enslavement scarred Tubman emotionally and physically. At 5-years-old, she was rented out as a nursemaid; when the baby cried, Tubman was whipped. At 12, seeing that an overseer was going to throw a heavy weight at a freedom-seeker, she stepped between the two men and took the blow from the weight to her head. Tubman stated, “The weight broke my skull… They carried me to the house all bleeding and fainting. I had no bed, no place to lie down on at all, and they laid me on the seat of the loom, and I stayed there all day and the next.”

Her heroism left her with constant headaches and narcolepsy, but the injury also bore vivid dreams which she believed were visions from God. These visions later helped persuade Tubman to become a conductor for the Underground Railroad.

Her father was manumitted when their slaveholder died. Though the slaveholder’s will stated that the entire family was also to be freed upon his death, their new enslaver refused to acknowledge the will, keeping the rest of Harriet’s family in bondage. Additionally, freed African Americans held little real autonomy, so Benjamin continued working as a logger on the plantation with his family.

A few years later, Harriet married John Tubman. Unlike Harriet, he was a free man; this led to a difference of opinion, for Harriet dreamt of seeking freedom up North, but he did not. Five years into their marriage, Tubman learned that her brothers Ben and Henry were to be sold soon, prompting Harriet to act.

Harriet planned an escape: setting off north to Pennsylvania with Henry and Ben on September 17, 1849. During the trek, her brothers changed their minds and returned, but Tubman traveled 90 miles via the Underground Railroad to secure her freedom in Philadelphia. Knowing that her friends and family still suffered under the institution of slavery, Tubman decided to serve as a conductor for the Underground Railroad.

The Underground Railroad—an organization that devised routes and strategies for people to escape enslavement—was formed by freedom seekers and antislavery activists. Like Harriet Tubman, many individuals who found freedom through the railroad later became conductors to help others. Tubman created her own network within the railroads: one which included her friends and fellow abolitionists, Frederick Douglass and Martha Coffin Wright. Illiteracy was widespread among Black Americans—as enslaved individuals were not taught to read or write, especially since many Southern states’ laws forbade it. Tubman overcame her illiteracy by using coded songs to help freedom-seekers safely navigate and escape; two notable examples are “Bound for the Promised Land” and “Go Down Moses.” Tubman returned to Maryland several times to rescue her loved ones, all the while with a bounty on her head. During one of the trips, she rescued her niece’s entire family before the children were sold. After her father bought her mother’s freedom in 1855, Tubman guided them to safety in Canada. When they realized the winters were too harsh for them, she helped her parents purchase a house in Auburn, New York, in a community of freedom-seekers from Dorchester County. From 1850 to 1860, Tubman completed a total of 13 trips that granted 70 people their freedom, and she also instructed others on how to escape, themselves. In just 10 years, Tubman was able to help at least 140 people find freedom without being caught and without losing a passenger.

During the 1860’s, Tubman traveled to South Carolina to assist formerly enslaved people who had taken refuge with Union troops. Tubman gave up her army rations and overcame language barriers to build trust with the newly freed locals, many of whom mainly spoke Gullah—an English-based, creole language. Building upon this trust, she established a network of spies: sending out trusted scouts to map territories and waterways while doing some scouting herself. Tubman’s ultimate goal was to defeat the institution of slavery—and along with it, the Confederacy.

Tubman organized and led an expedition on the Combahee River in Confederate territory, making her the first and only woman during the Civil War to plan and lead a military operation. She partnered with Colonel James Montgomery—a fervent abolitionist—to bring three Union ships filled with troops deep into Confederate territory. Despite her illiteracy, Tubman led the ships by memory to strategic points on the shore by using intel her scouts had collected, rescuing freedom-seekers and destroying Confederate property. The information she provided allowed the ships to safely circumvent torpedo mines laid by Confederates in an effort to prevent attacks from the river. Over 700 freedom-seekers made it onto the ships as Union troops torched plantations, mills, and mansions: setting the Confederate land ablaze and delivering a humiliating defeat. 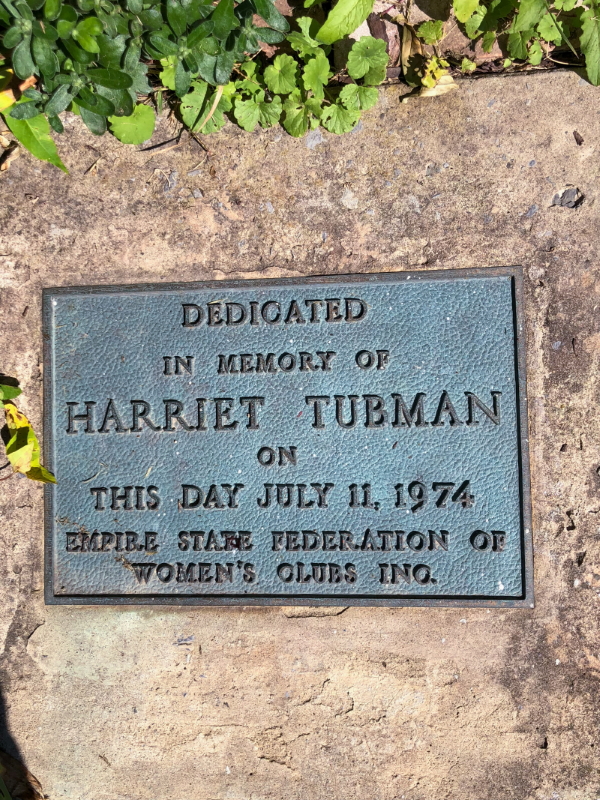 The Wisconsin State Journal immortalized her heroism. The writer didn’t include her name, but dubbed her a “She-Moses” who had led Black soldiers to victory by destroying millions of dollars’ worth of Confederate property, leading African Americans to freedom, and frightening the Confederacy without losing a single soldier. Later, Franklin Sanborn—an editor of Commonwealth—retold the story and finally identified Tubman as the true heroine of the raid.

Despite her successes in the Civil War, Tubman was never paid, and her petition to receive the compensation of a soldier was repeatedly denied by the government because of her gender. In fact, the only money she received from the government was her second husband’s pension after his death. She would later give speeches in New York, Boston, and Washington, D.C., citing her leadership in the war and the Underground Railroad to demonstrate that women were equal to men.

During a time when the United States regarded African Americans as property without agency, Harriet Tubman fought to make liberty a reality for herself and others. She devoted her life to dismantling the institution of slavery, supporting women’s suffrage, and advocating for humanitarianism. Her courage, perseverance, and heroism aided hundreds of people and will forever be stamped into the history of the United States.

We encourage you to read, learn and visit africanamericanhistorymonth.gov for more information about African American heroes and leaders in American history.