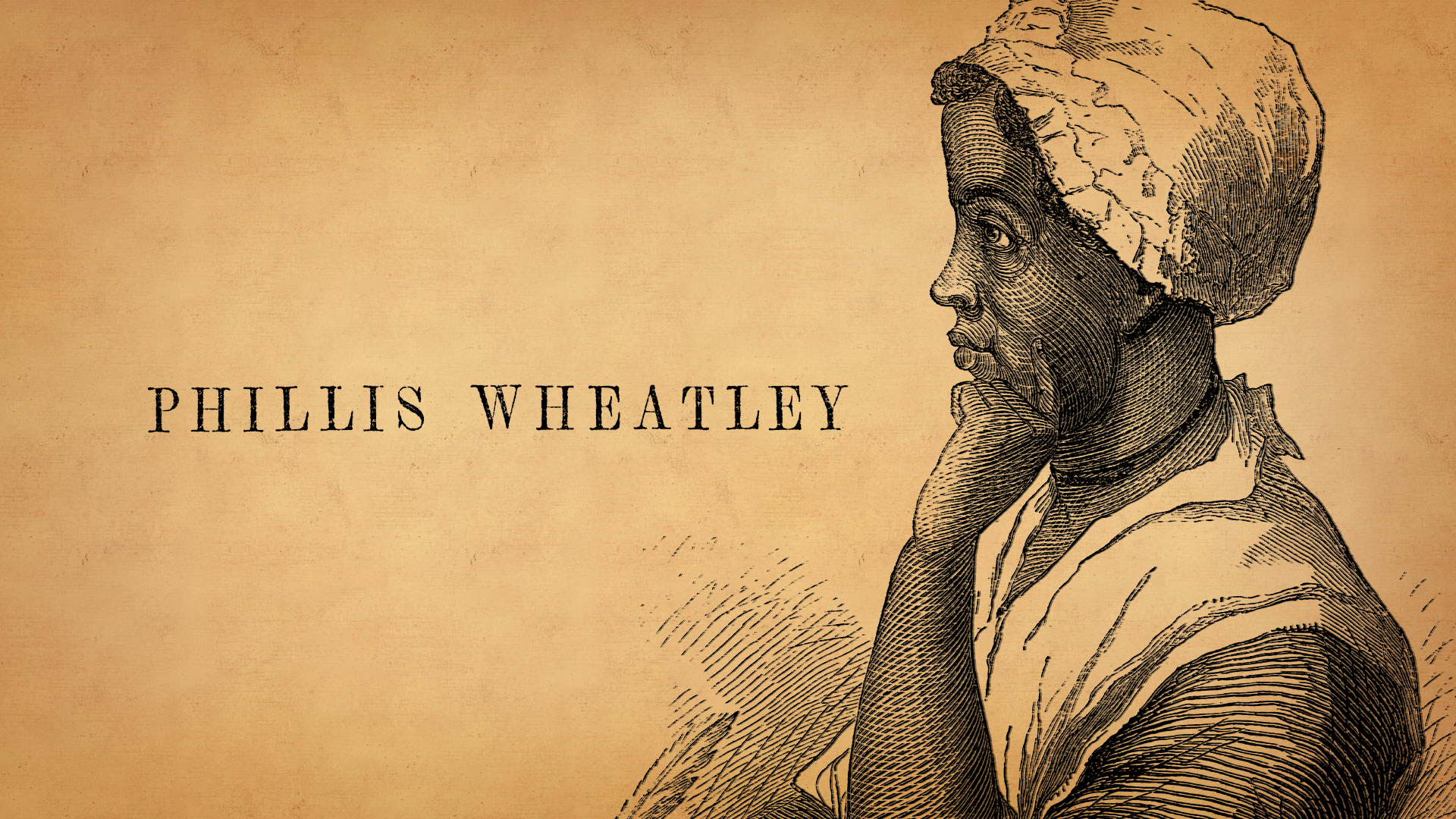 In honor of February being Black History Month here in the USA, we’ll be sharing stories of Black individuals who contributed to the formation of America as we know it. Sadly, these figures don’t always get mentioned in textbooks and stories told of the era. We encourage you to read, learn and visit africanamericanhistorymonth.gov to further your education.

We begin our series with the story of Phillis Wheatley: a phenomenal poet and advocate for Black education in an era where opportunities and privilege were lacking.

In 1761, a young girl was kidnapped from West Africa and forced aboard a slave ship. Any prior identity she had was stripped away when John Wheatley purchased her as a servant for his wife, naming her Phillis after the ship on which she’d been transported. This girl grew up to be Phillis Wheatley—also spelled Phyllis Wheatly—the first African American poet to publish an anthology of poetry.

The Wheatley’s, noting her quick wit, taught her to read and write. After having mastered English in less than two years, she began studying Latin and Greek. At the age of 13, Wheatley published her first poem. Then, in 1773, despite society deeming Wheatley the “wrong” race and “wrong” gender to be a prolific poet, she succeeded by publishing her anthology, Poems on Various Subjects, Religious and Moral.

Though Wheatley had proven her mastery of English from a young age, many refused to believe she was the true author of her poetry. In 1772, she attended court to defend her literary prowess. Thomas Hutchinson (then governor of Massachusetts), John Hancock, John Erving, Reverend Charles Chauncey, and other Boston luminaries assessed her abilities, ruling that Wheatley’s work was her own. They signed an attestation that was later published as a forward to her anthology. 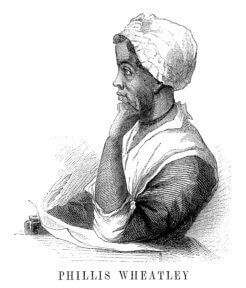 One of the poems from the book, “On Being Brought from Africa to America,” illuminates the importance of her voice during an era of the systemic enslavement of people justified solely because of their skin color. Wheatley reasons that personhood is not ruled by skin color, stating, “Some view our sable race with scornful eye, / ‘Their colour is a diabolic die.’” Using the Christian values of the colonies to support her viewpoint, she censured the mistreatment of people of African descent who “May be refin’d and join th’ angelic train.” This was a powerful message at the time, especially from an enslaved woman. The poem praises religion while arguing that people of color are equal to Whites in God’s eyes.

Wheatley ardently supported the patriots during the American Revolution, but she believed the colonists needed to eradicate slavery to truly achieve freedom. Wheatley crafted letters to ministers and other figures arguing the importance of liberty and independence. At the peak of Wheatley’s career, she praised the appointment of George Washington as the commander of the Continental Army in a poem, which was well-received by the patriots and Washington himself. Washington thanked her for the letter, had the poem published in the Virginia Gazette in 1776, and invited her to his headquarters in Cambridge, MA. Some historians believe Wheatley did travel to meet him, but there is a lack of definitive proof.

Despite having all odds stacked against her, Phillis Wheatley paved her way onto the literary scene. Abolitionists cited Wheatley’s poetry to combat the claim of innate intellectual inferiority of people of color, arguing that Black children deserved educational opportunities as much as White children. During the Civil Rights Movement of the twentieth century, her work resurfaced and was recognized as the beginnings of Black literary legacy in the United States. Wheatley’s work and role as a poet during the eighteenth century exemplifies racial inequality, gender inequality and intersectionality from the early beginnings of the United States that persist today.

On Being Brought from Africa to America

‘Twas mercy brought me from my Pagan land,
Taught my benighted soul to understand
That there’s a God, that there’s a Saviour too:
Once I redemption neither sought nor knew.
Some view our sable race with scornful eye,
“Their colour is a diabolic die.”
Remember, Christians, Negros, black as Cain,
May be refin’d, and join th’ angelic train.