An Update from the CaptureAge Team!

Veterans of Age of Empires II saw how CaptureAge (CA) evolved during the lifespan of the original game: adding new features over time and growing to suit the needs of the community. With the release of the Definitive Edition, and in partnership with World’s Edge, the team behind CaptureAge has now built a new tool to help players and enthusiasts of Age of Empires II: Definitive Edition to spectate matches with ease. Today, we’re excited to share the progress being made on the next iteration of the CaptureAge tool: CaptureAge Preview! 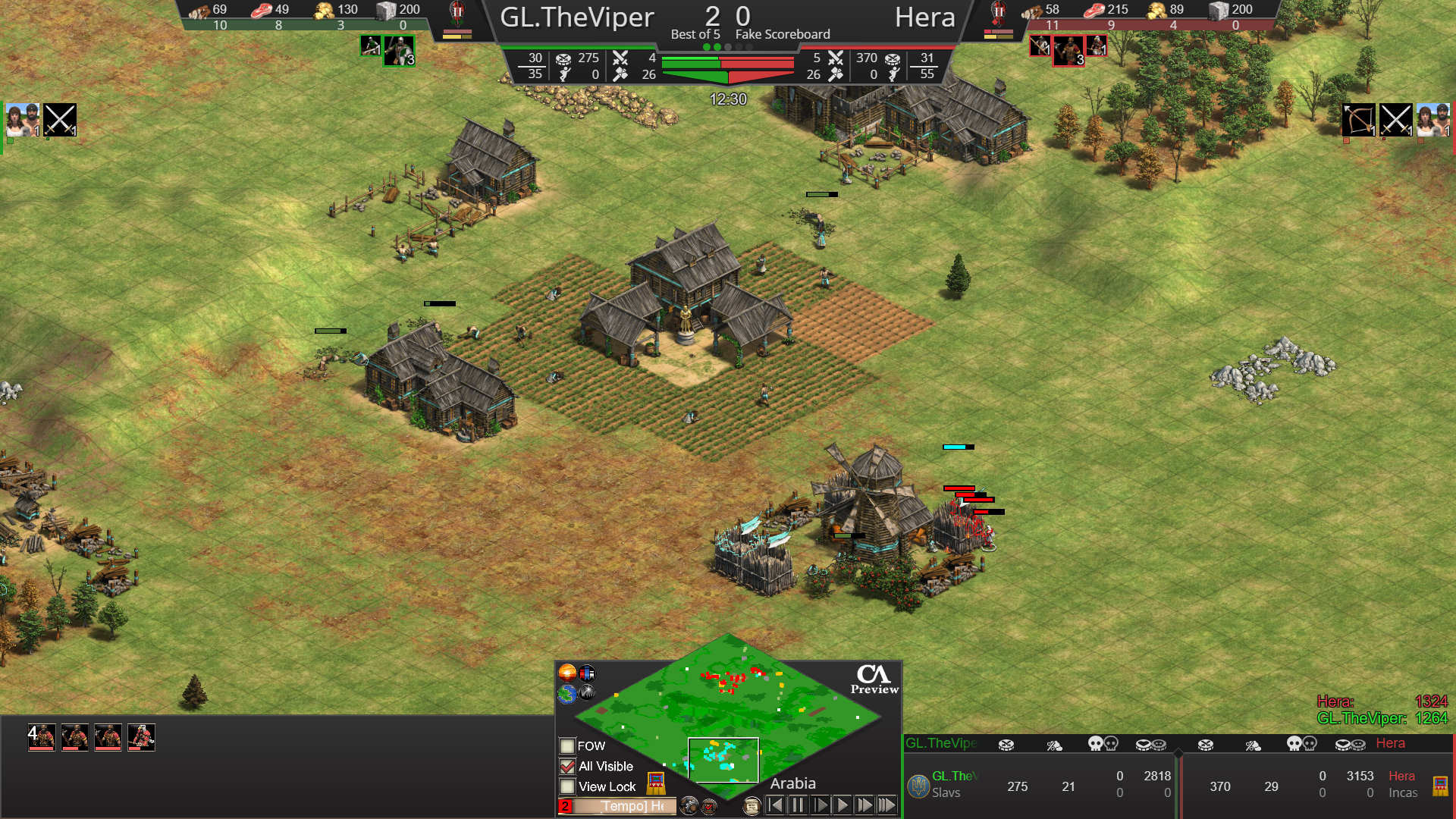 CaptureAge Preview is the latest version of the Age of Empires II: Definitive Edition overlay, and introduces three major additions for casters and viewers:

Instead of showing how many of each unit is being queued, the HUD will now display the number of production buildings along with their production activity. Army compositions have also been refined and focused, and now display the primary unit and up to two additional, supporting units. This replaces the full army list—focusing instead on the primary makeup of a player’s forces rather than the straggler spearman the player built back in the Feudal Age to counter a Scout rush.

“Age” is in the name of the game. In addition to showing player progress towards the next Age, we are also showing the progress towards clicking up to the next age by displaying the Food, Gold, and building requirements/counts right next to it.

The Hidden Cup 3 overlay was designed with mobile devices in mind, but viewers have noted that it now feels too large. As a result, the text and panel size has been reduced slightly—maximizing the amount of action on screen while still being viewable on lower resolutions and smaller screens.

Starting today, the CaptureAge team is interested in hearing YOUR feedback about these changes! This week, you can view the new overlay put to use by three community shoutcasters—MembTV, NiliAoE, and T90Official—with plans to add more in the following weeks!

Do you think this is not the right direction?

Do you have an idea you’d like to see included in the overlay?

Own a piece of history during the Age of Empires Autumn Sale!