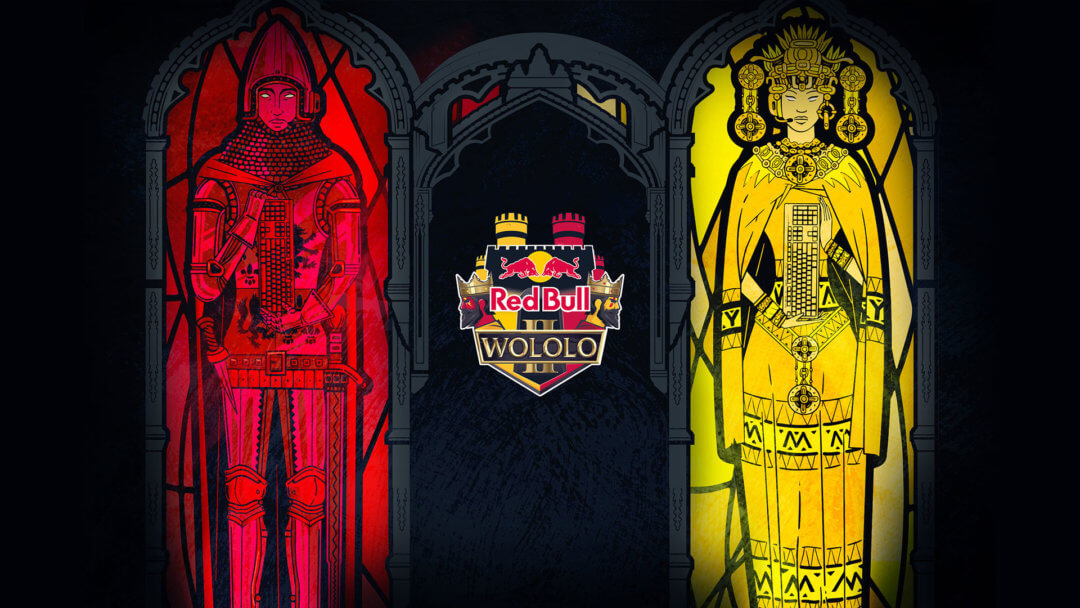 The Red Bull Wololo II tournament recently wrapped up with some incredible Age of Empires II matches. Now that a weathered champion has emerged, we’re looking back at the action leading up to the epic finale of Red Bull’s second Age of Empires tournament.

The Red Bull Wololo II was played using a modified version of the ‘Empire Wars’ game mode: a unique game type to Age of Empires II: Definitive Edition showcased during both Wololo events. Players skip the Dark Age entirely and start each match with a Feudal Age town. Beginning with a Scout, 27 Villagers already collecting resources, several resource drop points, a Barracks, a Blacksmith, and the Loom technology already researched, the mode guarantees instant action and fast-paced gameplay for the Red Bull stage.

Each match in the Red Bull Wololo II tournament was also set to a 900-year time limit—or roughly 75 minutes of game time—to keep the action moving along from start to finish.

Who Joined the Fray?

Two, 256-player qualification brackets were played over the two weeks leading up to the main event—everyone battling for their share of the glory and prizes. The top four players from each qualifier earned themselves a place in the $30,000 tournament alongside the top eight players from the first Red Bull Wololo tournament, who were invited to join:

With the brackets set, these talented individuals prepared themselves as the Redbull Wololo II finals commenced! August 20th was the first of of a four day spectacle that would showcase intense battles and fantastic, quick-paced plays! 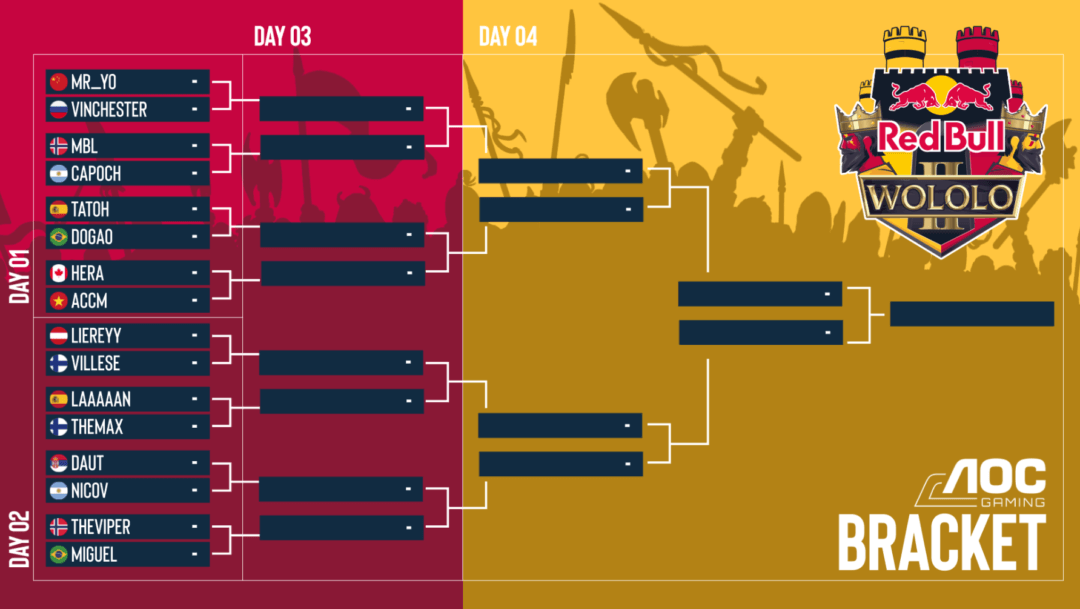 If you missed any of Red Bull Wololo II and want to watch spoiler free, you can watch the entire event over on the Red Bull Gaming YouTube channel or check out the videos below!

The road from the round of 16 to crowning a grand champion held plenty of surprises. If you don’t mind spoilers, you can click below to see who emerged victorious.

Capoch—a seasoned veteran who returned four months ago after almost a decade away from the game—returned and had an incredible, nail-biting set against long-time veteran, MbL. The final deciding game has been heralded as one of the best games of the the year, and is one you will not want to miss watching! 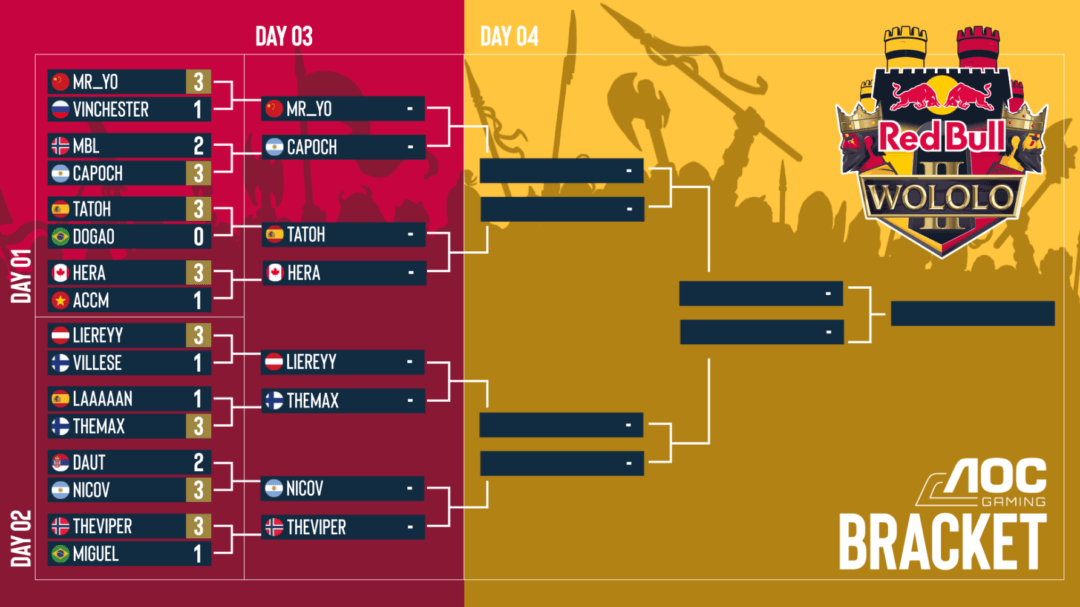 All four of the semi-finalists from Wololo I were able to return to the semi finals. TheViper—the runner-up of the previous Wololo season—emerged victorious in a hard-fought, 3-2 victory over Nicov, who was close to causing a surprising upset!

The Road to the Grand Finals

The reigning Red Bull champion, Mr_Yo, was narrowly defeated 2-3 by Hera, who has been having a breakout year in 2020 in numerous tournaments. In the other semi final, Liereyy managed a comfortable 3-1 victory over TheViper, securing his spot in the Grand Finals.

The final games made for an incredible series: both Hera & Liereyy (teammates in Team Aftermath) battling it out all the way through the final game. The hours of preparation and practice with each other paid off with some epic Age of Empires II battles!

Congratulations to the Champion!

Our congratulations go out to Liereyy, who emerged victorious as the Red Bull Wololo II champion!

If you would like a more detailed recount of the final, check out Red Bull’s own report here.

We would like to send a special thanks to everyone who made this event possible! Thanks to the amazing community hosts who cast the tournament from all around the world, as well as everyone who tuned in, cheered for their favorite players, and helped make this tournament a huge success!

And, of course, thanks to Red Bull for sponsoring this tournament once again; we can’t wait to see what’s to come in Season 3! Be sure to follow them for the latest esports action and announcements! 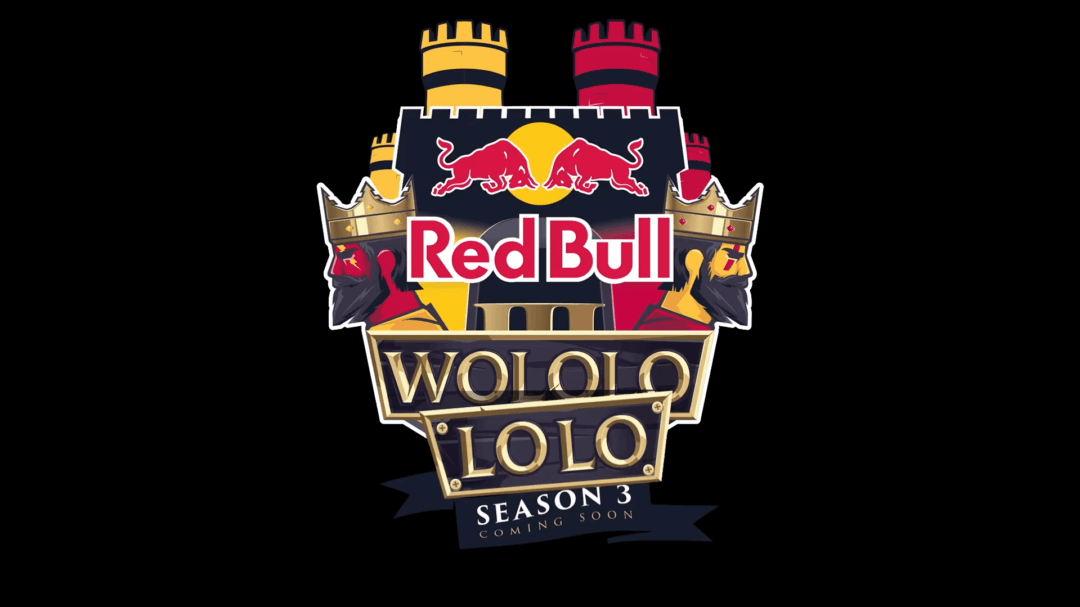