The Delhi Sultanate in Age IV

In Age of Empires IV, the Delhi Sultanate civilization is based on the powerful empire formed from the invasion of the Ghurid Dynasty (originating in Persia) into northern India spanning the years 879-1526 CE. For 300 years, this empire shaped an independent Indo-Islamic region, adopting technology present in India.

Advancing through the Ages has you experience this civilization’s rich history. With the first Age reflecting the Turkish and Iranian Ghurid Sultanate, playing the Farsi/Persian-speaking Delhi Sultanate civilization brings you through the Mamluk and Khalji Dynasty, Tughlaq Dynasty, and the Sayyid and Lodi Dynasty—getting a taste for the Delhi Sultanate’s vibrant cultures and defiant strength.

Strategic decisions in the early Ages of the match are essential for the Delhi Sultanate civilization, who emerges as a dominating force in the late game. The Delhi Sultanate army can be terrifying to encounter: the core of their army, the War Elephant, is a melee unit of staggering raw strength capable of high damage.

The Delhi Sultanate’s specialty lies in research. Not only do they have access to several upgrade options throughout the Ages, but their unique Scholar Research System—with the valuable Scholar, essential to the system—provides an advantage in research that no other civilization has.

The Delhi Sultanate Units at a Glance 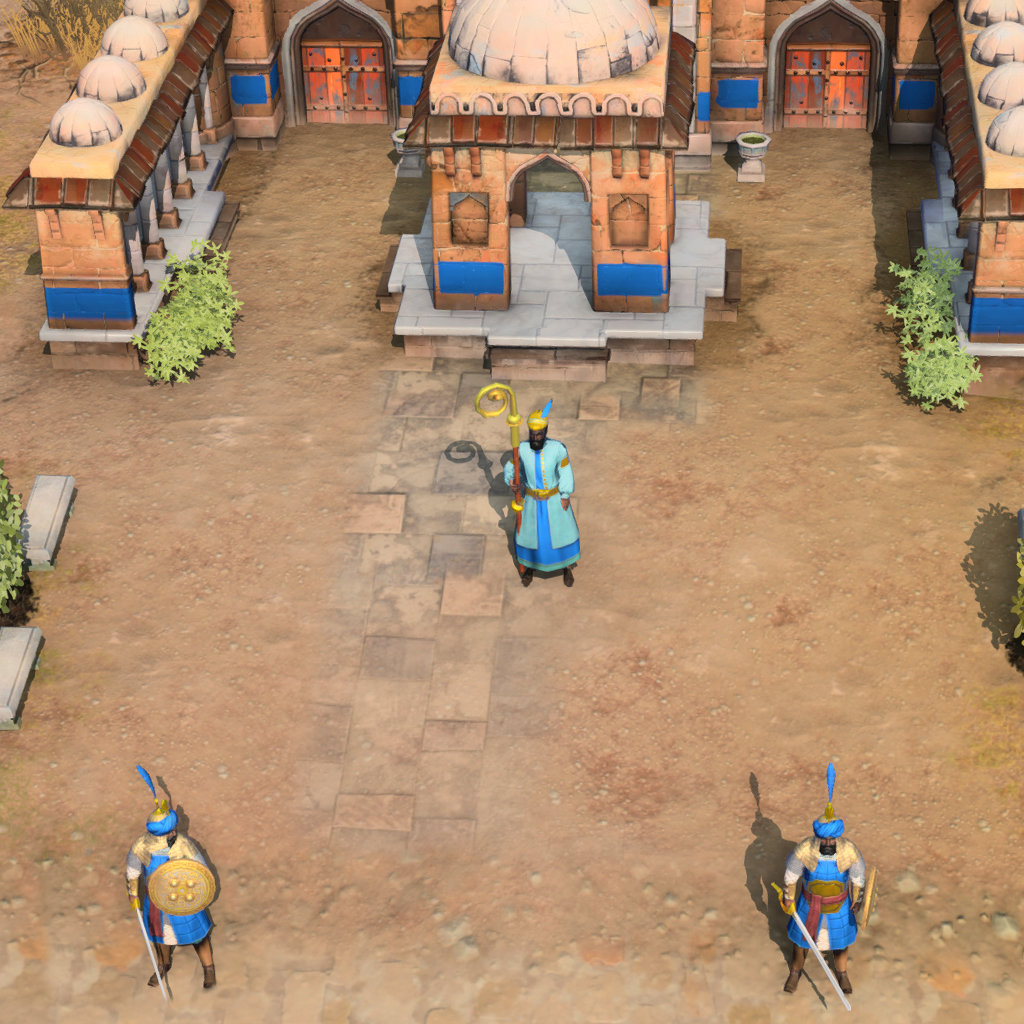 The Scholar is the civilization’s equivalent of the Monk with a unique ability to speed up research and technology upgrades. 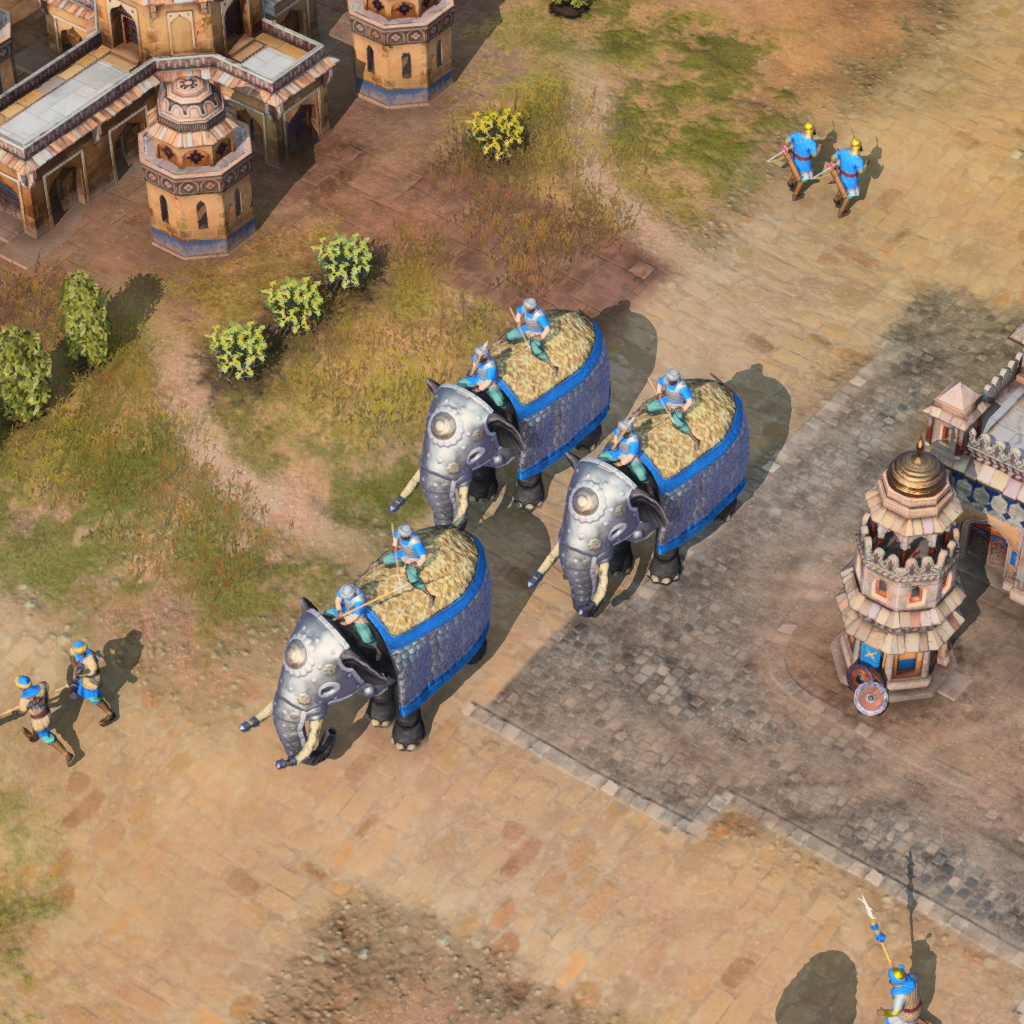 The mighty War Elephant is a powerful melee unit with high health and damage against units and structures.

The Tower War Elephant is a devastating unit with a ranged attack: Two archers mounted in a tower on a War Elephant.

The Scholar is the civilization’s equivalent of the Monk with a unique ability to speed up research and technology upgrades.

The mighty War Elephant is a powerful melee unit with high health and damage against units and structures.

The Tower War Elephant is a devastating unit with a ranged attack: Two archers mounted in a tower on a War Elephant.

The Delhi Sultanate through the Ages 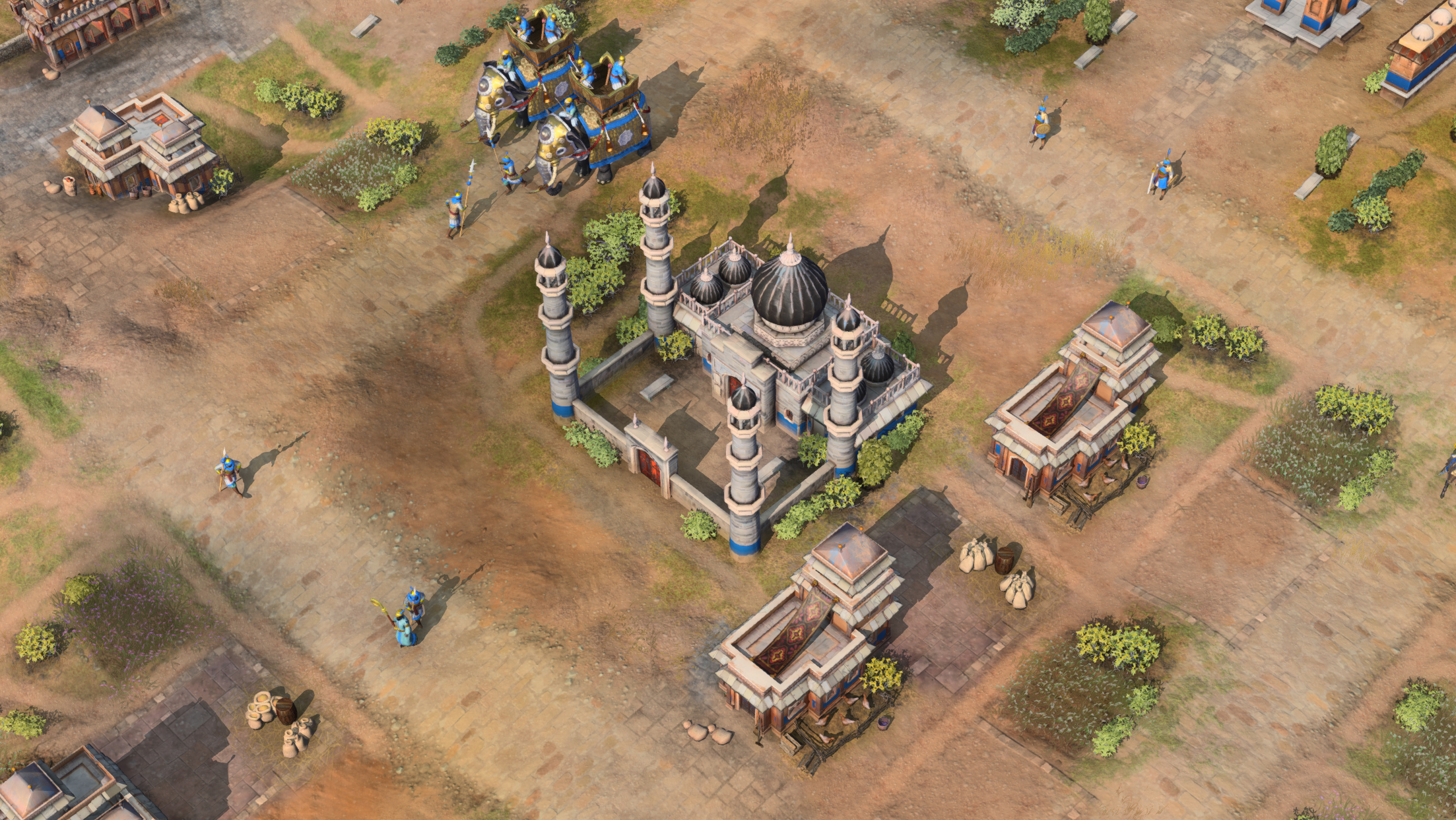 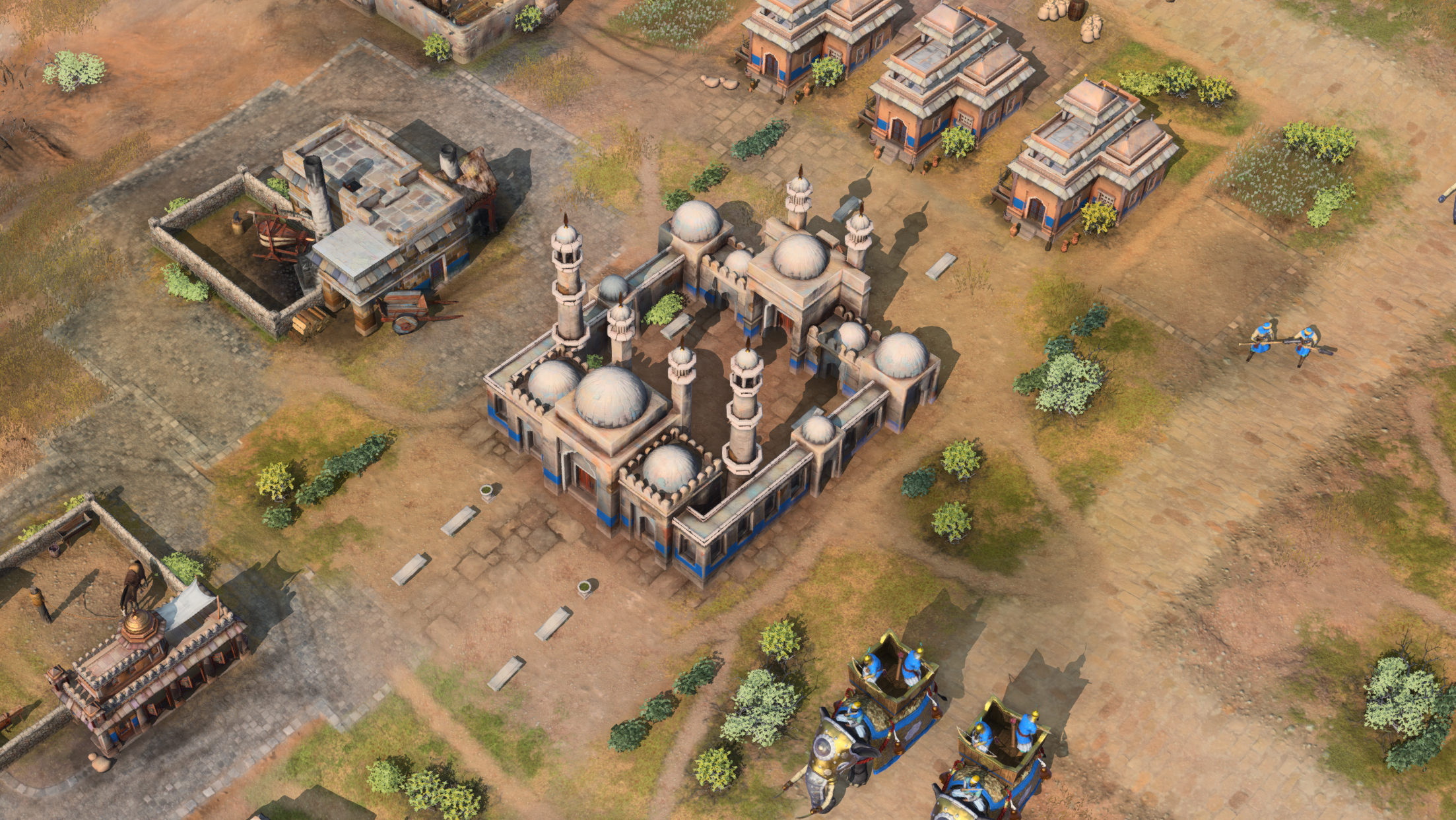 The Delhi Sultanate’s research capabilities improve drastically with the Dome of the Faith, one of the landmarks bringing you into Age 2. With this landmark’s ability to produce Scholars at a reduced cost, the Delhi Sultanate can pursue more means of upgrades available to their expanding civilization.

In Age 3, one of the landmarks, the House of Learning, offering several unique economic and religious upgrades. It is a great option to pursue with the civilization’s growing network of Scholars speeding up research. 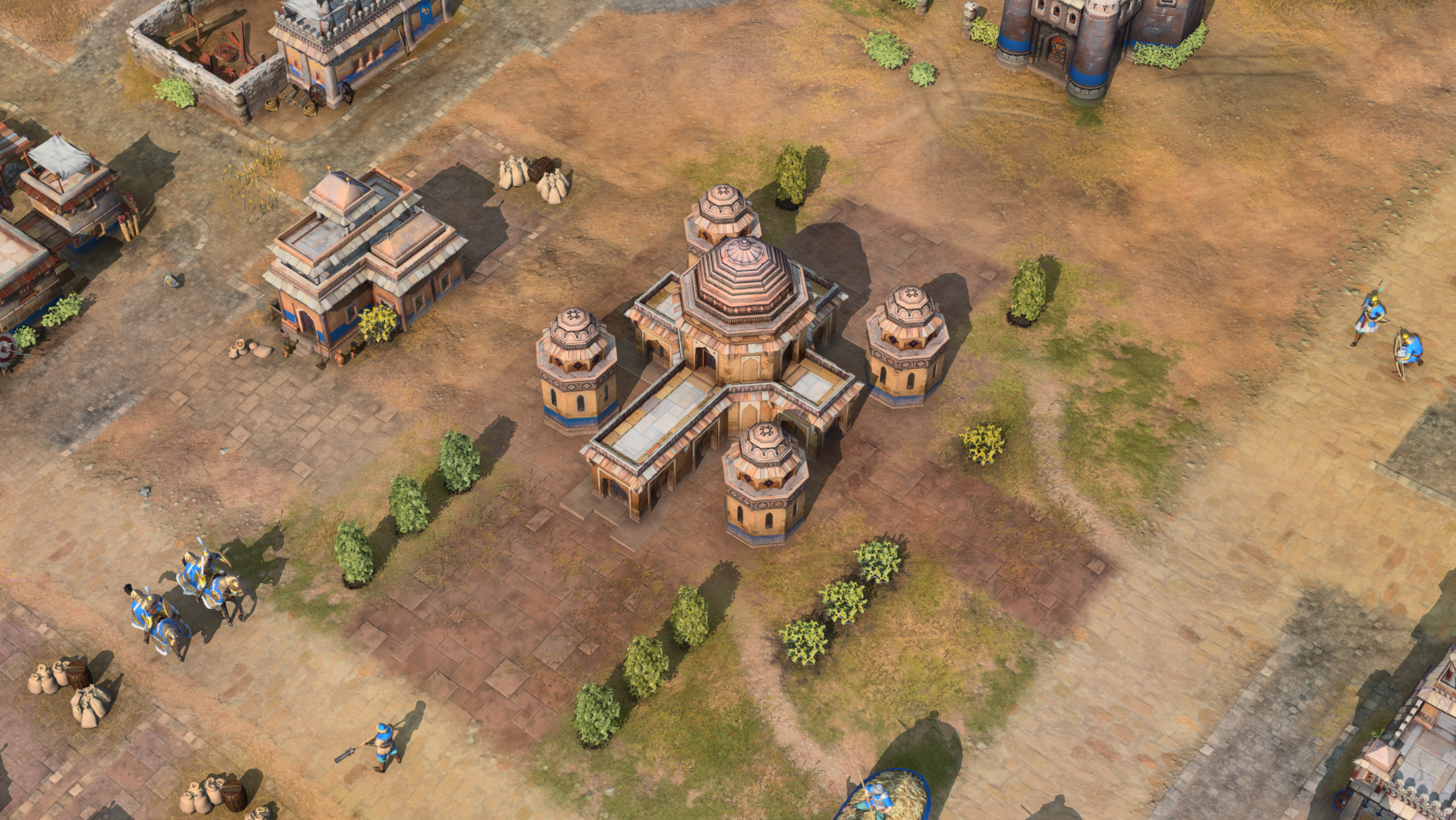 Going into the last Age with the Palace of the Sultan, one of the Age 3 landmarks, the Delhi Sultanate’s army comes into its own in Age 4. The Palace of the Sultan contributes to the ever-growing military, periodically producing a War Elephant – a production that can be sped up by garrisoned Scholars.