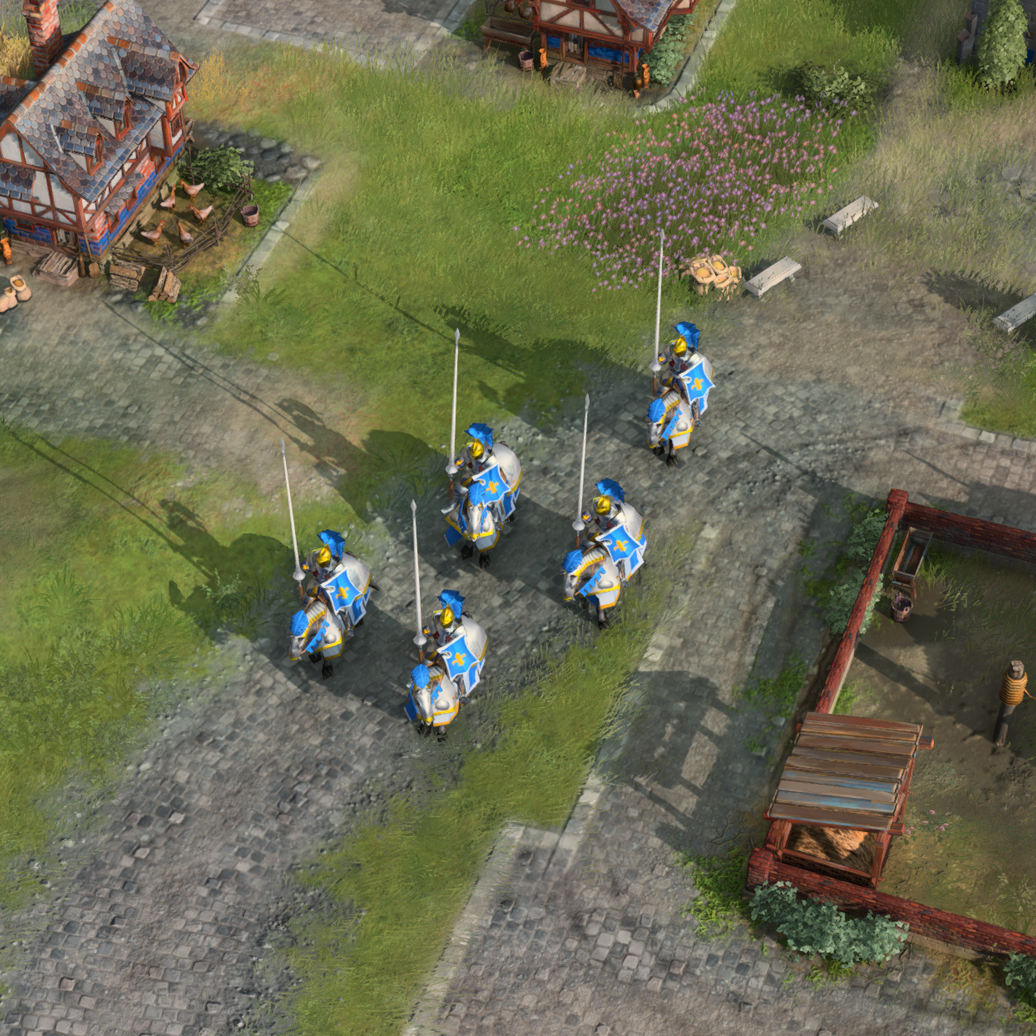 Known for their cavalry, the French are a fearsome army whose armored knights and charges can tip the tides of battle.

The French civilization in Age of Empires IV spans the years 840-1559 CE and is based on a medieval France that fought its way from adversity to prosperity. Overcoming invasions, plagues and revolt, France emerged as a powerful modern nation.

Playing the French civilization will take you through the age of chivalry and honorable combat, to the time of Jeanne d’Arc and France’s darkest hour, to the formation of a disciplined standing army capable of liberating the nation with the roar of cannon fire. 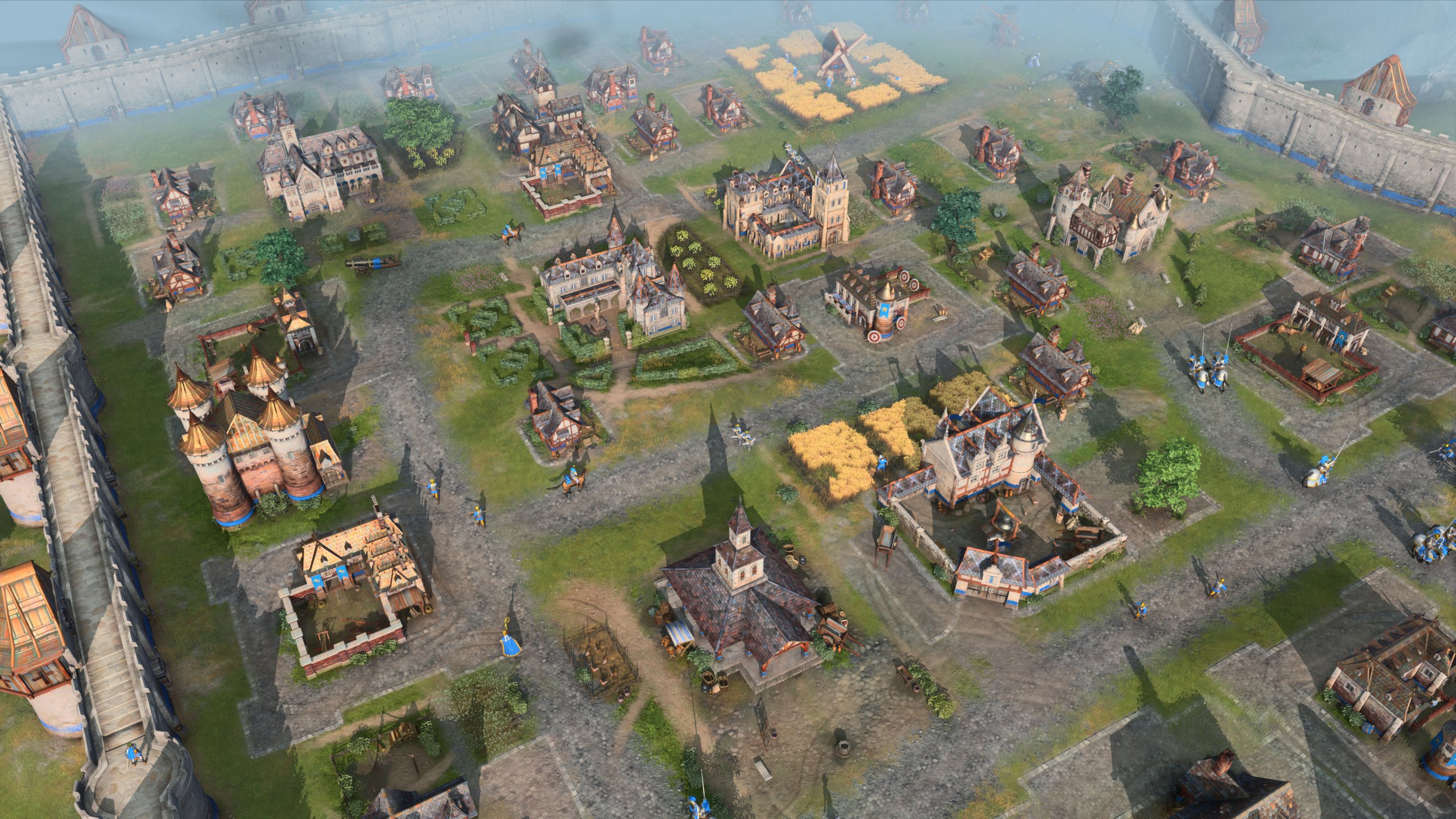 The French civilization’s strength lies in their formidable army of knights, gunpowder siege weapons, and advantages in trade. French Traders have the unique ability to bring back any resources needed, a valuable trait during a resource shortage.

The French have a unique Influence system, where units cost less from Archery Ranges and Stables around the Keep. Their Town Center can produce units quicker with each Age, a key advantage in hastening their economy.

The Royal Knight is the French civilization’s heavily armored knight, with their fearsome charge ability.

The Arbalétrier is a powerful range unit, who gains a special ability called Pavise—a deployable shield for ranged defense.

The Cannon is a mobile gunpower siege weapon unique to the French. Unlike the Bombard, the Cannon does not need to pack and unpack.

The French through the Ages

In Age 1, the French civilization is building up their economy. In this Age, economy technologies are cheaper and economic drop-off buildings—such as the Mill and the Gold Mine—cost less, a huge benefit in kickstarting their economy.

The Royal Knight becomes available in Age 2. If the Chamber of Commerce was built in Age 1, Trade Carts in this Age will return additional resources.

The Royal Institute is one of the landmarks advancing you to Age 3. It houses all unique French technologies, allowing you to research them at a reduced cost.

The fourth Age brings several upgrade options for the French army. The College of Artillery is one of the landmarks bringing you into the last Age, unlocking gunpowder units capable of additional damage without Chemistry