The English are a defensive powerhouse in Age of Empires IV. Their strength is unparalleled, reinforced by the power of their archery units, a firm control over castles and defensive buildings, and a highly dependable food economy that sustains them through the Ages.

Age of Empires IV introduces the English civilization during the Anglo-Saxon era in Great Britain spanning from 850-1555 CE. As you progress from the Middle Ages to the Late Renaissance in the 16th century, you bear witness to the story of a civilization that survived the fall of empires, conquerors, and plagues.

Age of Empires IV has you build up the English civilization across four eras: the Anglo-Saxon, Anglo-Norman, English Gothic, and Tudor eras. Each Age has its distinct style from architecture to armor, with populations speaking Old English in the Dark Age and evolving to Early Modern English by the Imperial Age.

Playing as the English in Age IV opens the door to several key advantages, creating an exciting battlefield for resources and victory.

The English have access to cheaper farms compared to other civilizations, giving them a highly dependable source of food to greatly expand upgrades and armies throughout matches.

The English specialize in their network of castles: Town Centers, Outposts, Towers, and Keeps trigger an alarm when an enemy approaches—prompting nearby units and defensive structures to fire faster for a short period. Their Keeps can produce all units, allowing for the English defense to reign supreme in a match.

The Longbowman is a special English unit and a civ-specific improvement of the Archer in other civilizations. The Longbowman has longer range, thus an advantage in ranged combat, with access to significant upgrades.

The English Units at a Glance

The English Villager is the humble unit of the civilization and the key to starting a powerful economy. They have light fighting abilities with a ranged bow attack. 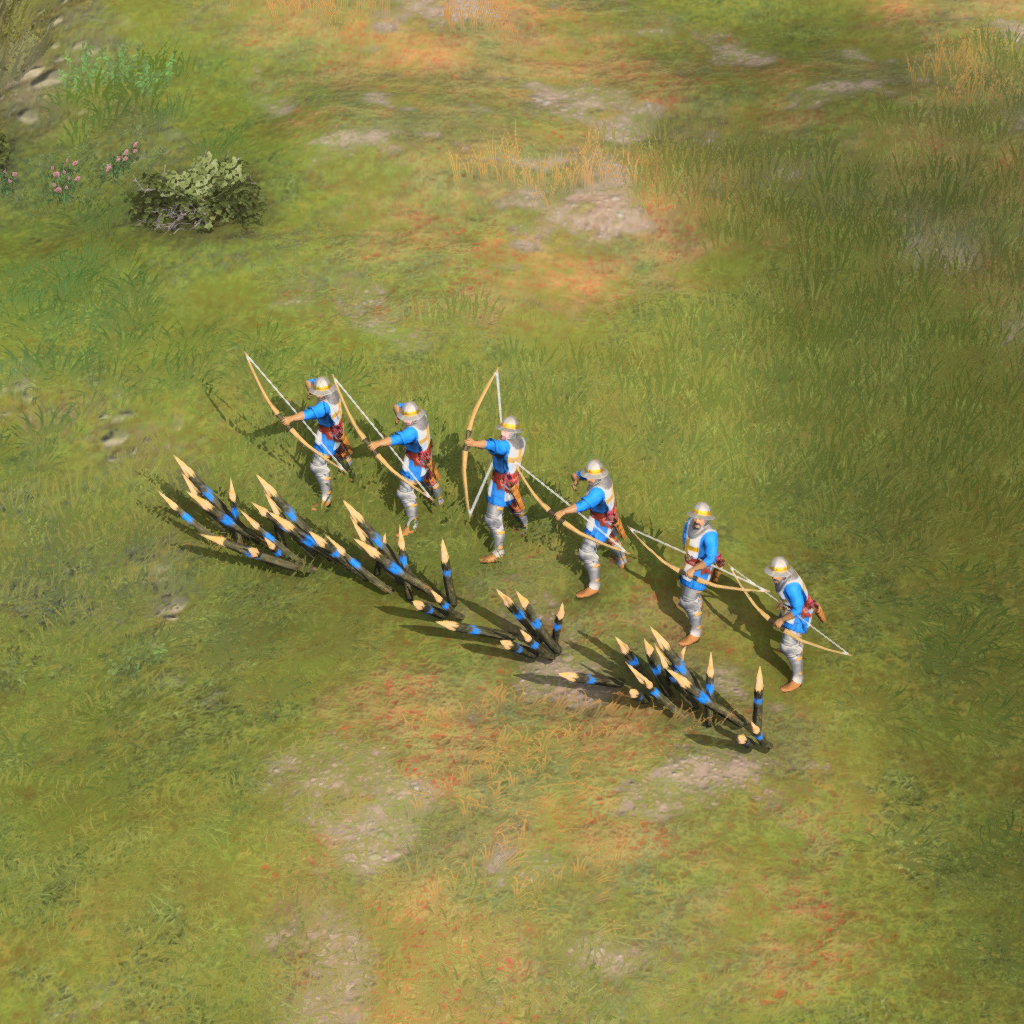 The Longbowman is an unrivaled Archer unit, making it a powerful foe on the battlefield with their long range and powerful upgrades.

The English Man-at-Arms is a sturdy infantry unit, available earlier than other civilizations and has an extra armor upgrade.

The English Villager is the humble unit of the civilization and the key to starting a powerful economy. They have light fighting abilities with a ranged bow attack.

The Longbowman is an unrivaled Archer unit, making it a powerful foe on the battlefield with their long range and powerful upgrades.

The English Man-at-Arms is a sturdy infantry unit, available earlier than other civilizations and has an extra armor upgrade.

The English through the Ages 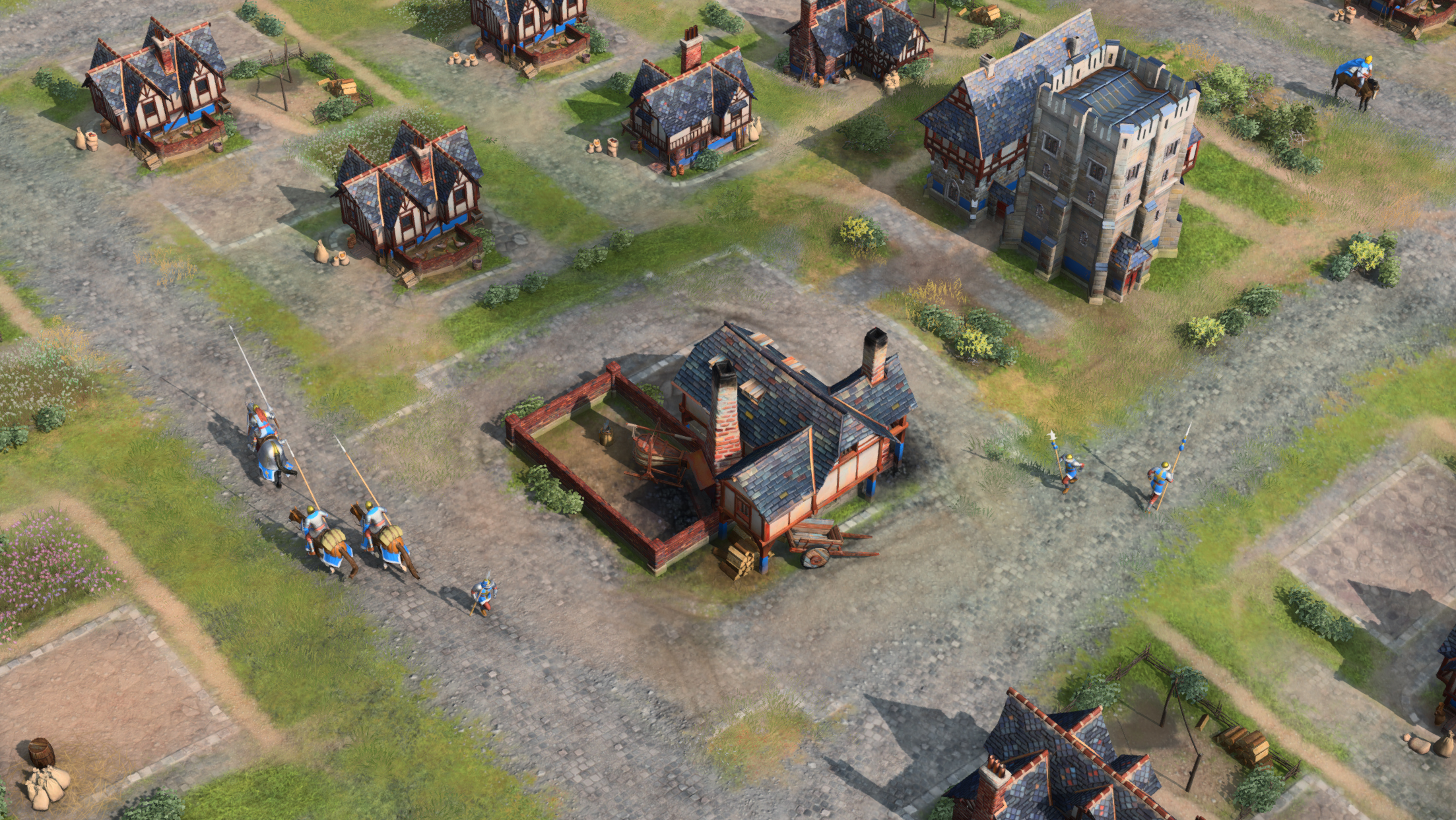 In Age 1, the English civilization focus is on building up resources through agricultural expansion. With cheaper farms available for the English, Age 1 is an opportune era to set up a flourishing economy that will last through the Ages. 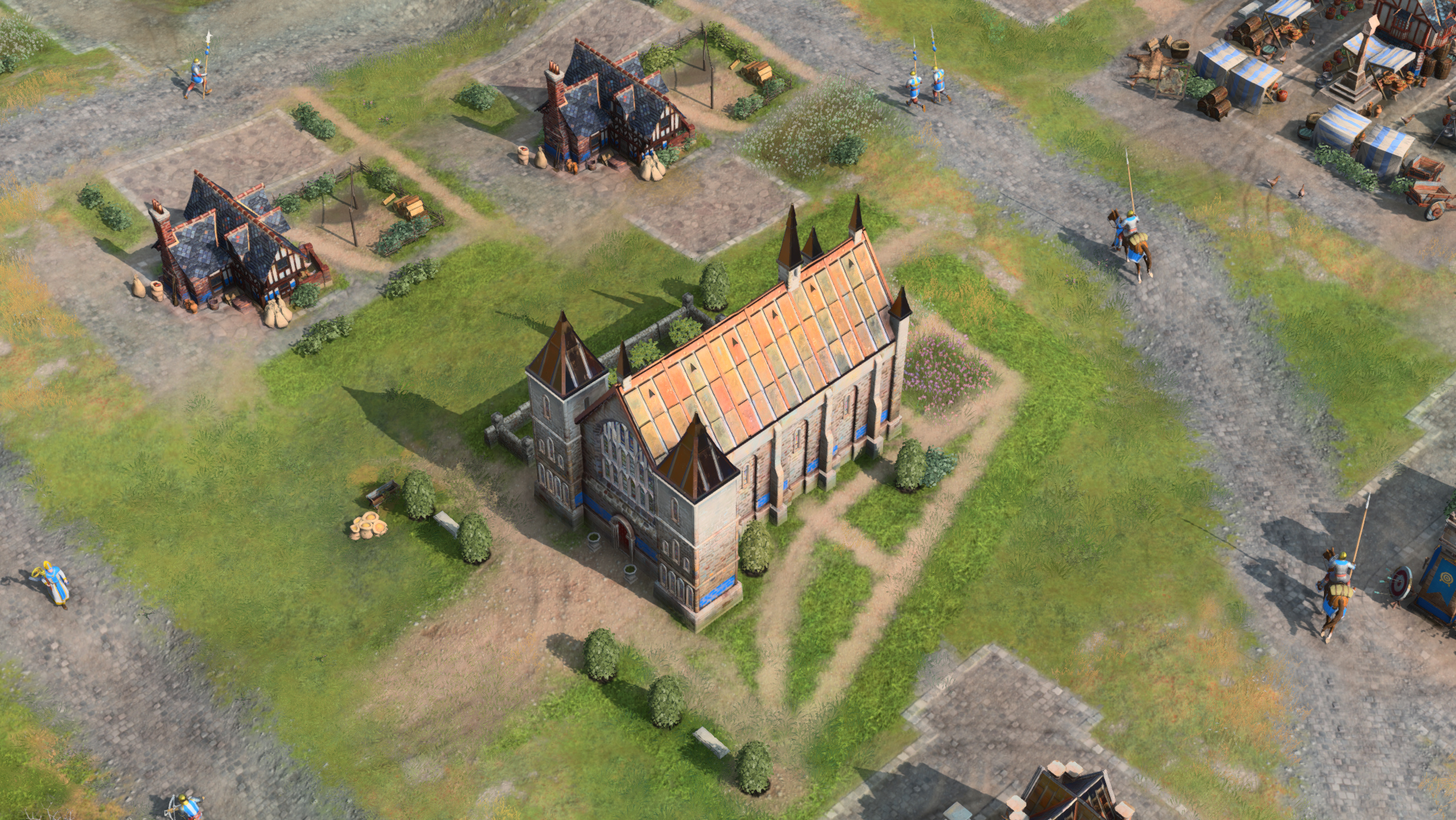 The powerful and versatile Longbowman becomes available in Age 2. The Council Hall, one of the landmarks bringing you into Age 2, produces Longbowmen faster than an Archery Range—marking the beginning of a powerful, expansive army. 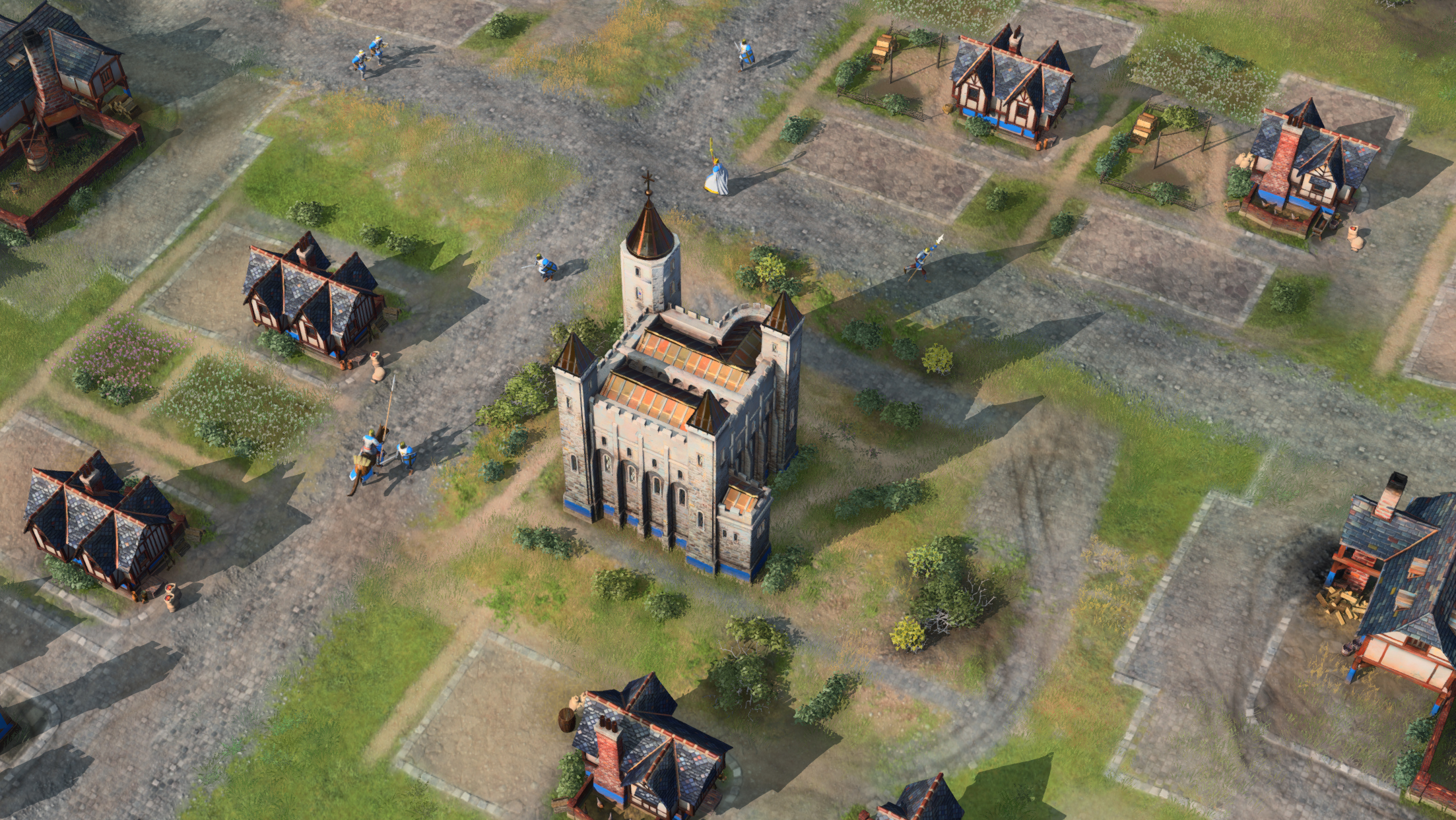 The White Tower is one of the landmarks available in Age 2 that act as a Keep. It reinforces the English as a defensive powerhouse in Age 3. Keeps have an available upgrade to produce infantry, cavalry, and siege units, leading the English army to become an indestructible force. 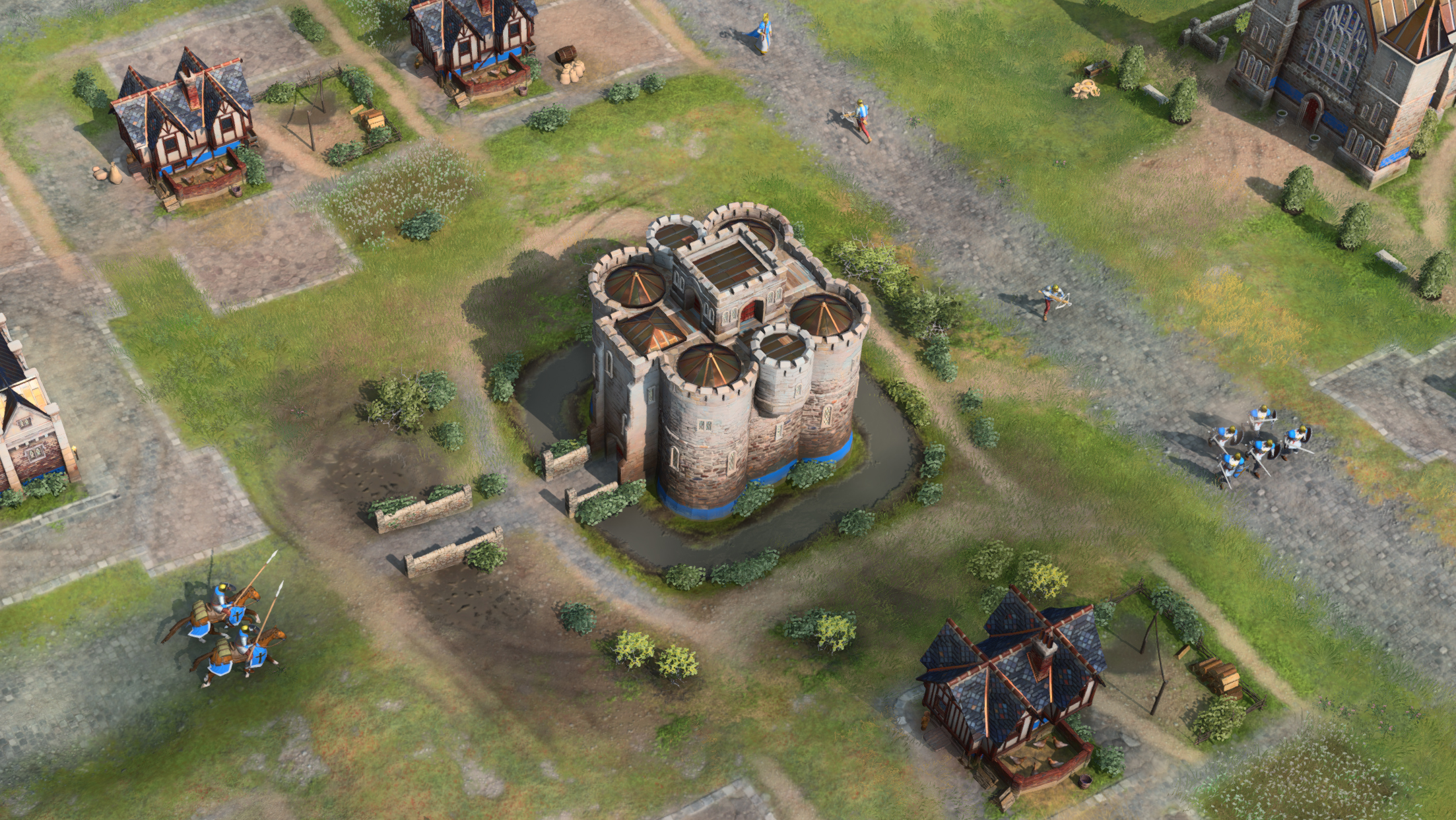 In Age 4, the advantage of English farms provides further bonus with their enclosures now providing a slow but steady income of Gold. The Berkshire Palace, one of the landmarks bringing you into the final Age, adds to an indomitable lineup of defense by acting as a Keep with increased weapon range. In this final Age, the English civilization have the power to prevail on the battlefield.