The Holy Roman Empire is a civilization shaped by a powerful infantry army, made stronger by the support of their religious unit — the Prelate.

The Holy Roman Empire in Age of Empires IV spans the years 936-1517 CE. The empire, centered in a region that comprises modern Germany, claimed to be the rightful successor to the ancient Roman Empire. Its emperors controlled central Europe with a stalwart infantry of exuberant Landsknechte, and aimed to capture the center of the Christian world itself: Rome.

In Age IV, the Holy Roman Empire stands out through their early access to religious units, available from the First Age onwards. Through careful use of the Prelate, players will be able to buff Villagers, speeding up their economic growth. 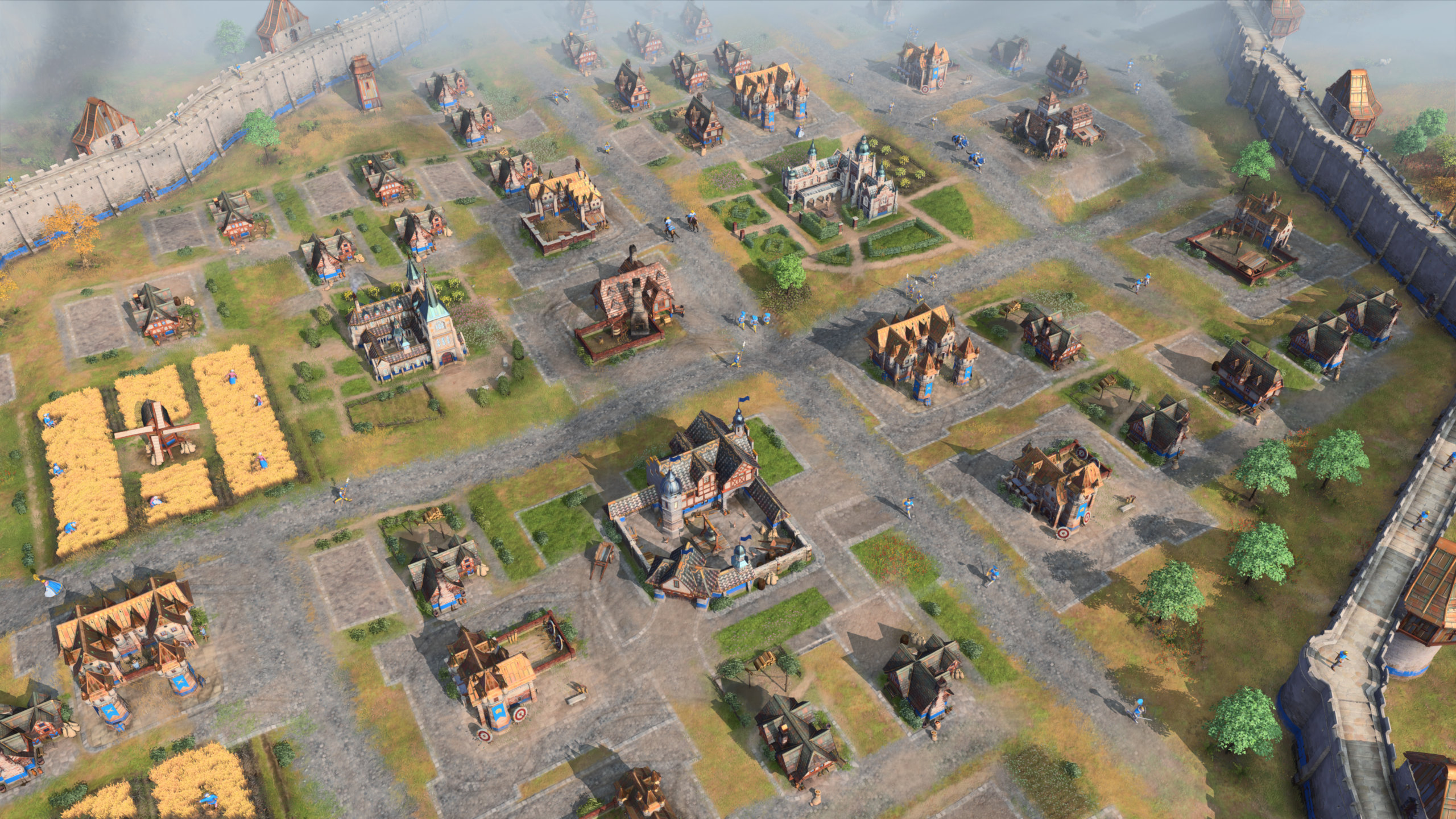 The Holy Roman Empire is a powerful infantry-based civilization, able to fend off opponents with several options for defensive turtling. Facing them in battle will require careful consideration: the Holy Roman Empire can recover quickly from attacks and their Landsknechte’s devastating area-of-effect capability is sure to make advances against them difficult.

Economically, the Holy Roman Empire has a keen advantage: their Prelate, a unique religious unit, can increase villagers’ gather rate and help ramp up their economy quickly.

The Holy Roman Empire Units at a Glance 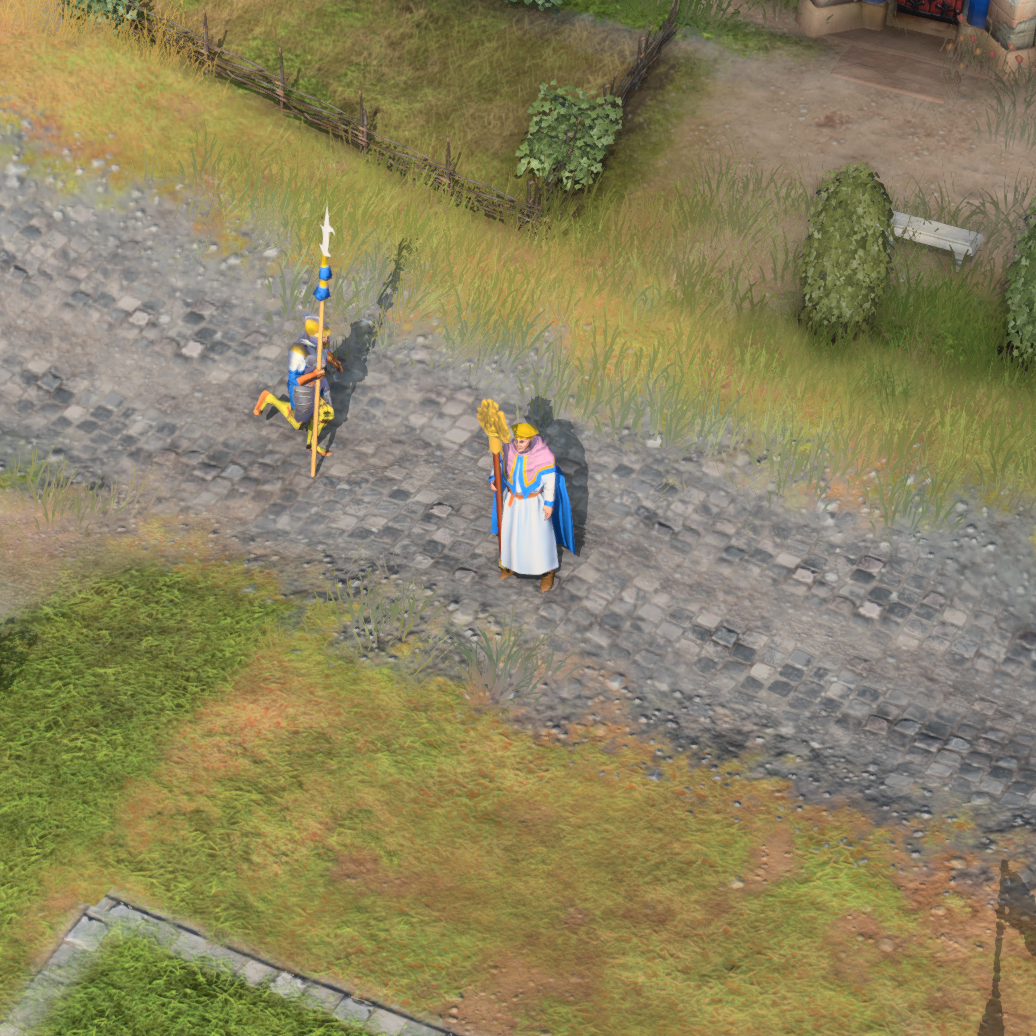 The Prelate is a support unit that heals and inspires nearby armies, granting them benefits. 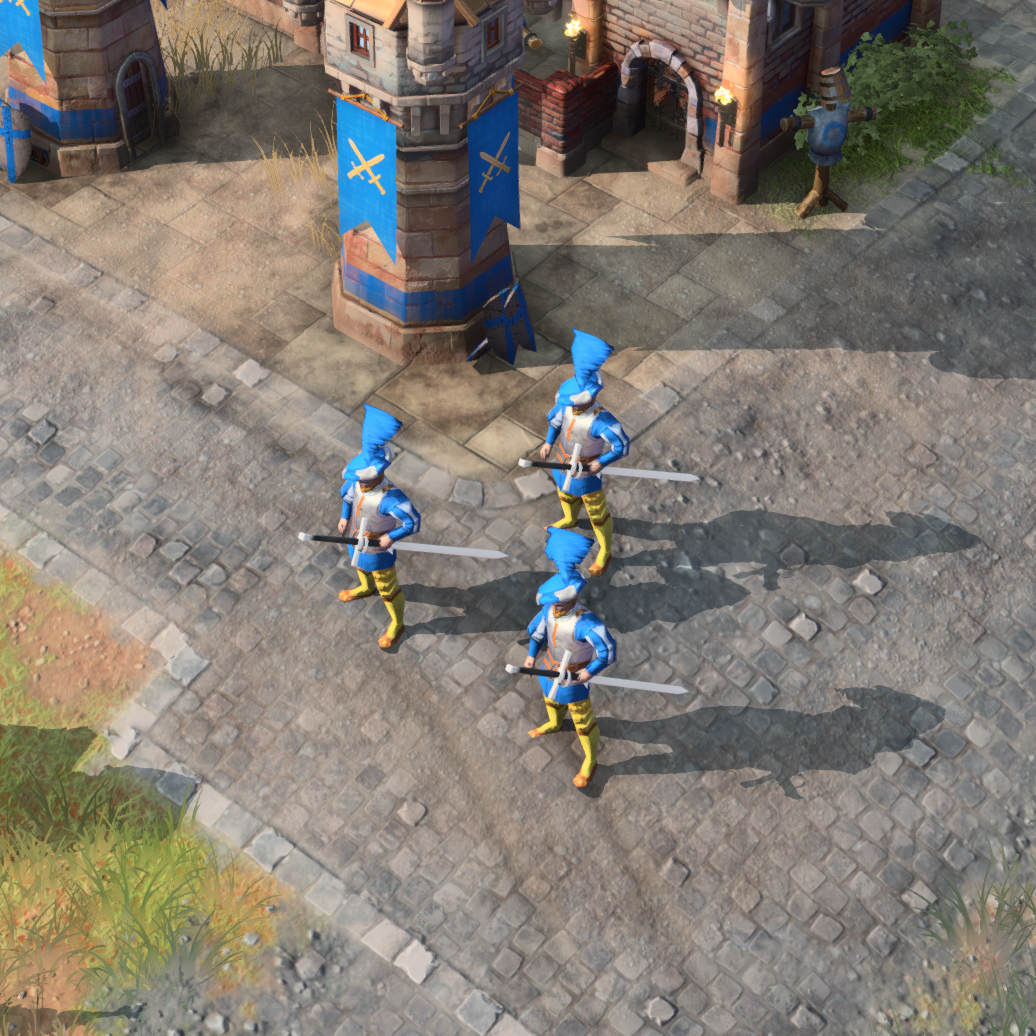 The Landsknecht is a light infantry unit with a two-handed sword, adept at area-of-effect damage.

The Prelate is a support unit that heals and inspires nearby armies, granting them benefits.

The Landsknecht is a light infantry unit with a two-handed sword, adept at area-of-effect damage.

The Holy Roman Empire through the Ages 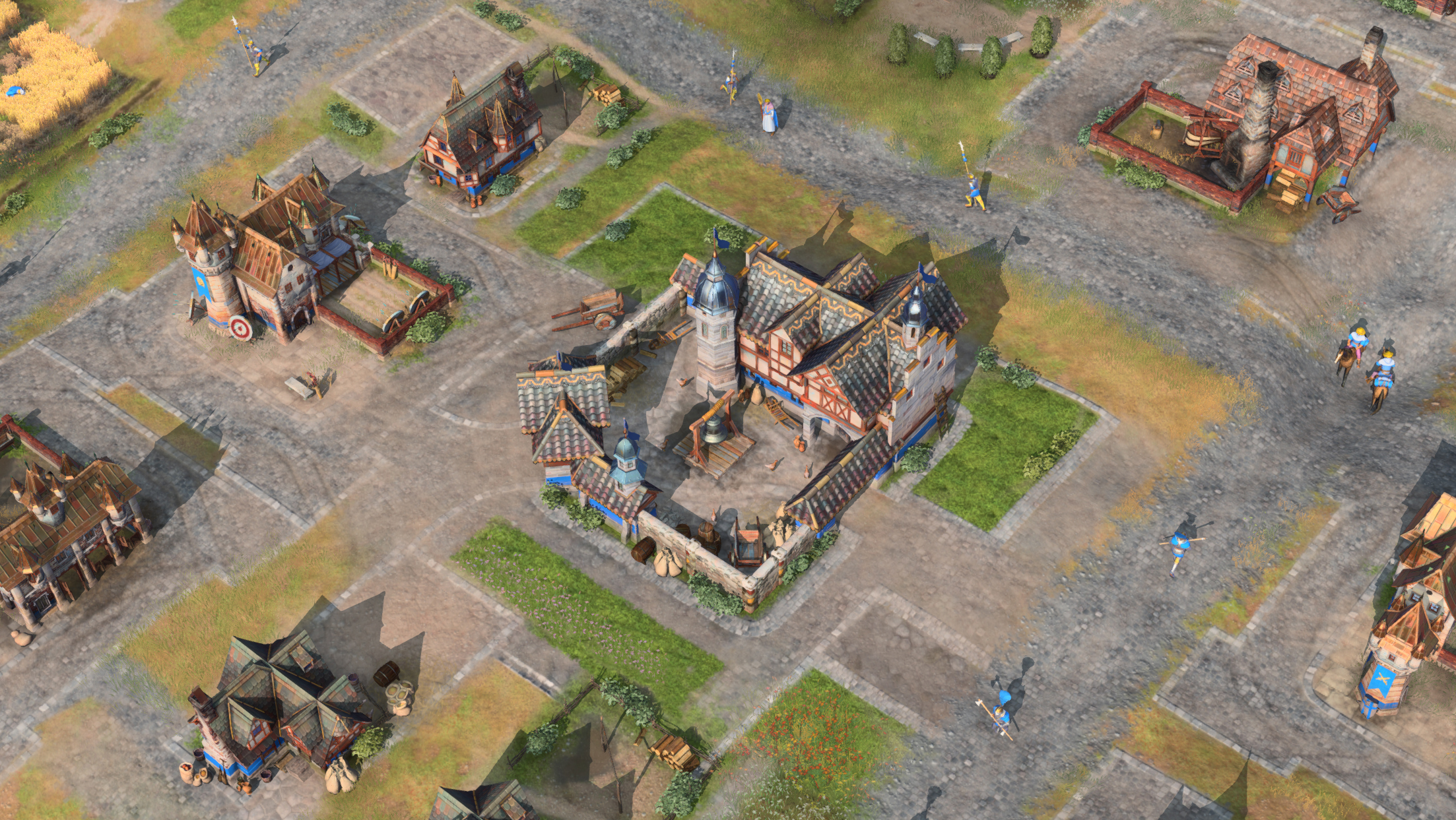 The Holy Roman Empire has access to their religious unit, the Prelate, from the first Age. In addition to having more armor, their Town Centers are also churches that train Prelates.

Unique Unit: The Prelate is available from Age 1 at the Town Center. 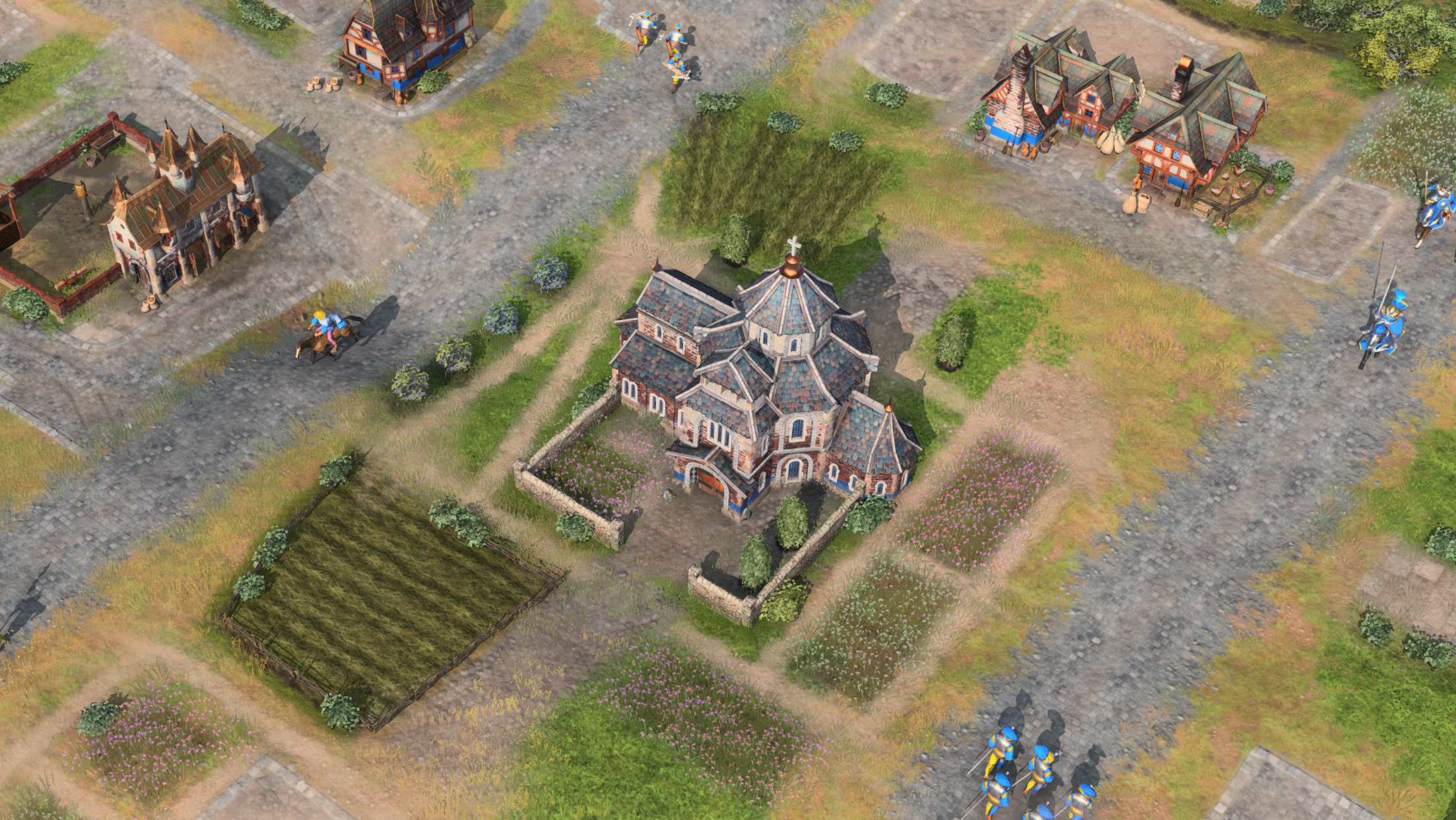 Landmark: The Holy Roman Empire can choose the Aachen Chapel as one of their landmarks to bring them into Age II. The Aachen Chapel creates a large Inspired area when a Prelate is garrisoned inside. 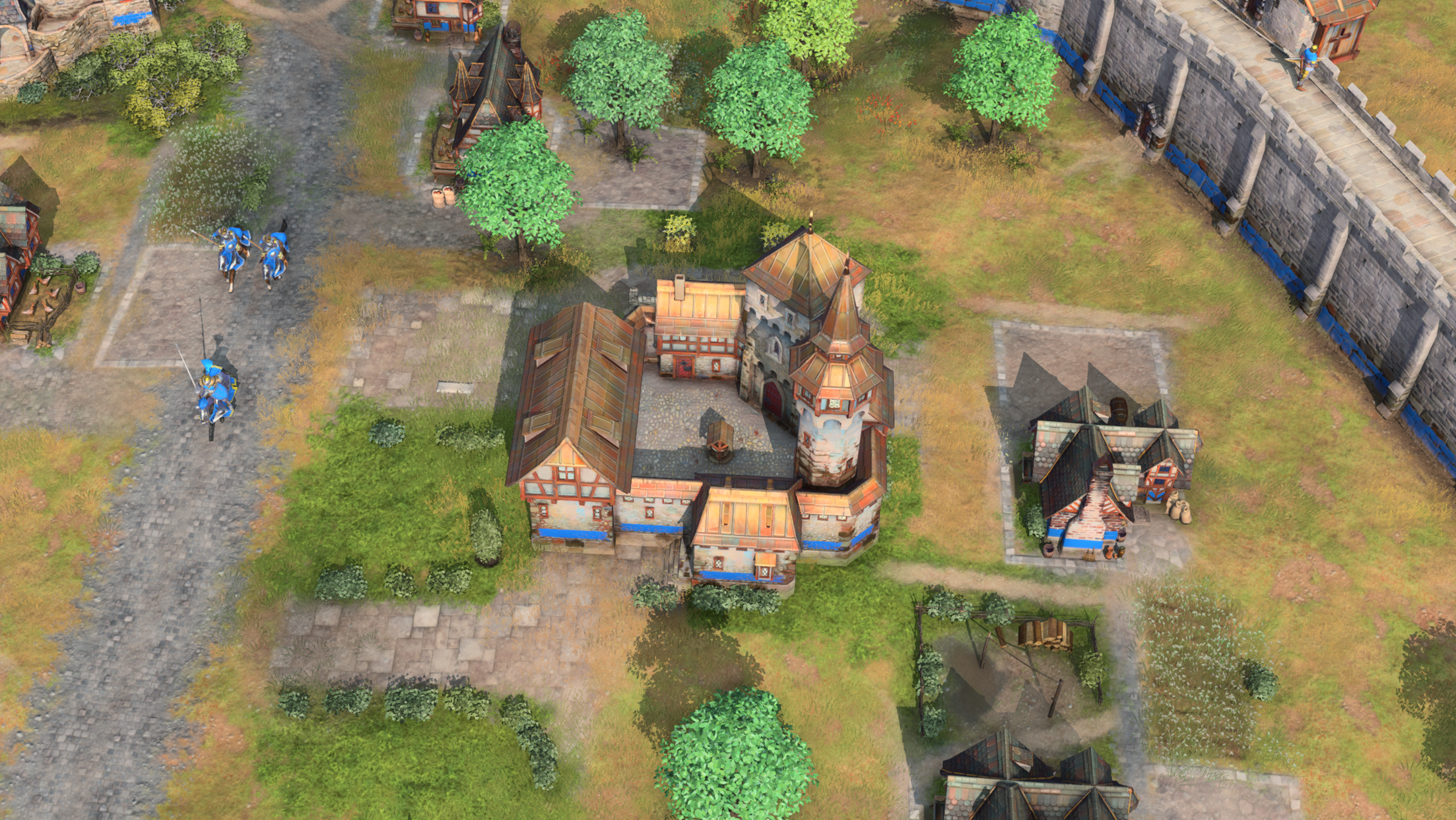 Unique Technology: The Monastery offers several distinct upgrades at this Age, including Inspired Warriors. This allows Prelates to inspire military units, improving their armor and damage. 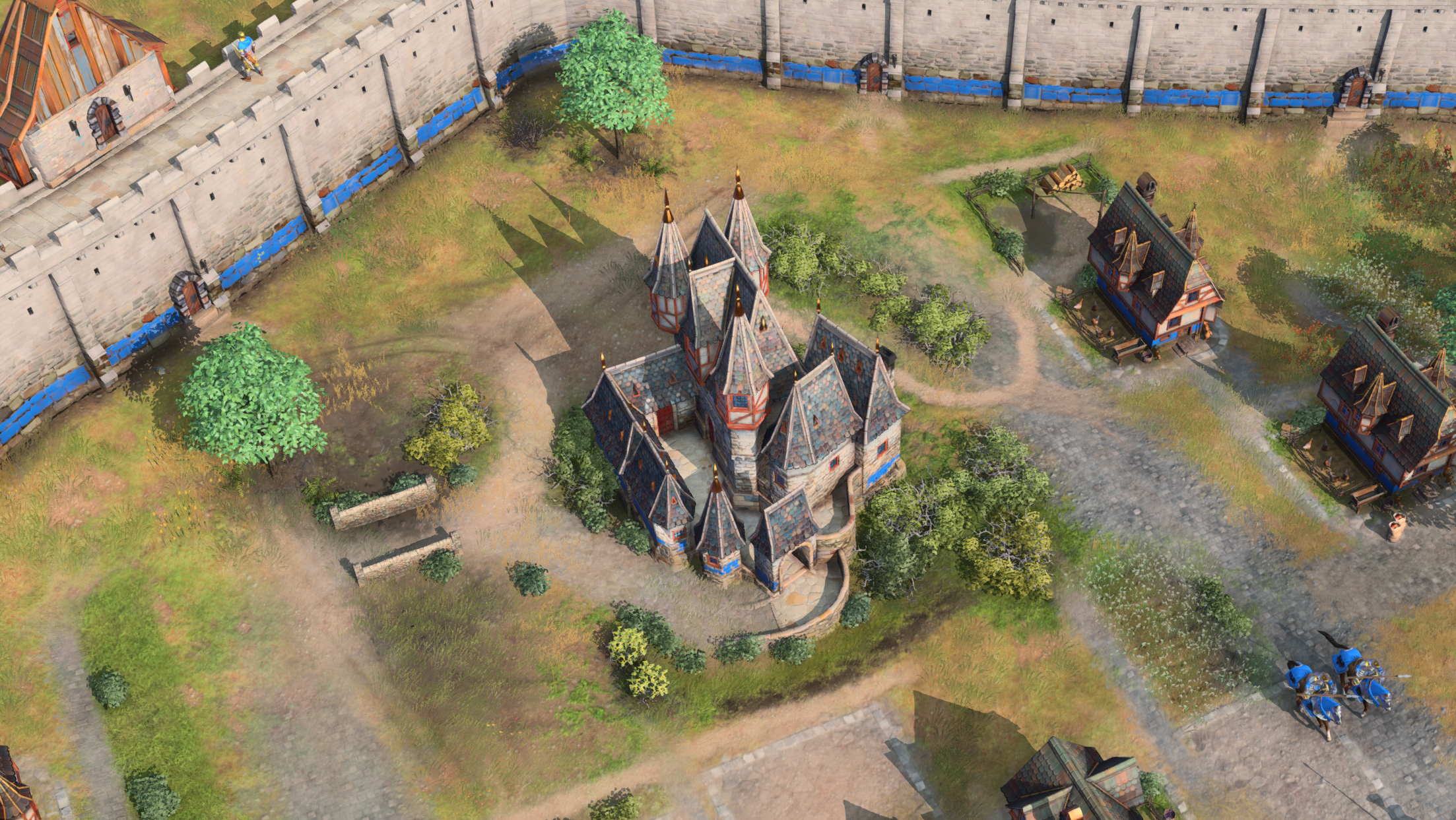 Landmark: Entering the last Age by choosing the Elzbach Palace Landmark allows the Holy Roman Empire to further fortify their defensive position. The Elzbach Palace acts as a Keep, giving a health bonus to the landmark and reducing damage to buildings within its influence.

Unique Technology: Reinforced Defenses from the Keep increases the health of Walls, Towers and Gates.